an idolatry of reason

argumate
anything you dont chew to completion is a drink

the phrasing of this makes me deeply uneasy

each statement is true or a lie, you must affirm or deny – Aristotle

man, I'm so glad working for a couple of decades at minimum wage is enough to not only let you afford rent, food, clothing, transportation, and other such fripperies (for yourself and any others you may be supporting), but ALSO allow you to invest heavily enough to live off of for the *next* few decades! that's--that's a thing that's true, right?

in the Most Convenient Possible World it’s undoubtedly true

voxette-vk said: Also, he is against the drug war and doesn’t “think addicts should be punished”. Though he doesn’t think taxpayers should be coerced to help them. That’s not the same thing.

while it’s difficult to summarise someone’s innermost views, harping on the inherent immorality and undeservingness of people and suggesting that the government spends too much on addicts, teenage mothers, and the unemployed may be treated as an aggressive act by some.

if you placidly observe a drowning person you are not actually punishing them, strictly speaking, and if you yourself cannot swim you are not morally obliged to drown yourself trying to hold them above water.

nonetheless, if you lived in a world where many people were drowning, it would make sense to consider whether society could be arranged so as to reduce this problem, and consider the consequences of various policies, rather than deciding that they must be inherently immoral to have gotten themselves into such a stupid predicament without taking reasonable precautions, and hence are undeserving of assistance.

we have lifeguards to rescue swimmers in trouble at the beach, even the stupid tourists who ignore the warnings.

now there is an escape hatch to say ah, but I support open borders! which will help more people than local wealth redistribution!

great, with the amazing wand of counterfactuality we have open borders and the American poor are truly poor and the Bangladeshi poor marginally less poor and the global wealthy substantially more wealthy.

now what happens to the people who don’t matter?

there is a deeper question about Caplan’s belief in moral realism in which his Libertarian ideology manages to be simultaneously capable of delivering the optimal economic outcomes and the optimal moral outcomes, for which you can chalk me up as Highly Doubtful, but it’s fundamentally just “welfare queen” rhetoric dressed up with less race baiting.

If you take a society as the relevant group where you are trying to help people, then you are not giving Caplan’s ideas a fair hearing, because he’s considering the world. So when you ask what we should do for the poor in the US, you’re missing much of his point. You haven’t addressed the issue of why we should prioritize people living in the United States over people who don’t. People are literally dying to get into the US. Why favor people who already have an advantage that others, starting with much less, would make great sacrifices to get?

Also, you know, if Caplan’s ideas are good, or if they are bad, it doesn’t matter if he personally is an asshole or not. They can be evaluated independently of that question.

More than that, the underlying moral framework that his ideas are derived from is suspicious in the extreme.

If you happened to believe that Literal Bryan Caplan’s views are immoral, it would of course be right and proper to tell people this via blogs, books, seminars, NPR interviews, and any other forum were people gather to discuss the issues of the day, so that they might all be apprised of his failings and reconsider their conduct towards him.

While that may seem to be doing him harm, community censure would actually have a salutary effect on his moral development, as well as preventing him from leading others into moral error.

Since he exemplifies the bourgeois virtues and has prepared for adversity, there is no need to fear that loss of employment opportunities would throw him into destitution. And besides, if an unfortunate accident were to wipe out his savings, he would still be able to seek menial employment at a price the market is willing to bear, which should be capable of delivering a lifestyle superior to that enjoyed by many historical French monarchs, especially given the growing prevalence of free wifi hotspots in cities across America.

Sign that you not read much Caplan: you think this is sardonic instead of just aping his writing style without making any effort to be sardonic.

Literal Bryan Caplan believes that the so-called first-world “poor” – who are actually rich in absolute terms, when compared with street kids living in the slums of Lagos or peasants living in the Middle Ages – are lacking the bourgeois virtues of hard work, patience, thrift, foresight, and humility.

This is clearly demonstrated by the way they insist on owning cars instead of walking or hitchhiking, spend money on television instead of saving it to protect against adversity, use air conditioning, and have children.

Thankfully these moral flaws can be corrected by removing all forms of state support for the unworthy, which is the only thing allowing the first-world “poor” to maintain their current lives of indolence, greed, and sloth. As they are steadily reduced to living conditions more suited to their worth, the survivors will be grateful for the opportunity to receive such valuable moral instruction from their betters, along with the chance to redeem themselves through debt bondage.

You cannot convince me this man is not the most dangerous undercover agent of Communist revolution that America has ever seen.

People who used to be healthy adults in the First World are also largely undeserving.  As long as they were healthy enough to work for a couples of decades, the vast majority could have easily saved enough (or purchased enough insurance, annuities, etc.) to protect themselves from unemployment, accidents, sickness, old age, and other perennial troubles-

As economists and scholars we must consider the question of how to distinguish between the deserving and the undeserving victims of muggings. As we know, a person deserves his problem if there are reasonable steps he could have taken to avoid the problem. Clearly there are many reasonable steps that can be taken to avoid most mugging incidents, such as avoiding dangerous areas of town, training in martial arts and conflict resolution techniques, travelling in groups of five or more, or simply staying within one’s home with the doors and windows securely barred. Given these simple avoidance strategies it strains credulity that any victim can honestly claim not to deserve being mugged, and there is clearly no moral obligation on anyone (and thus, society) to provide them with assistance or aid, although any individual who feels they personally benefit from such charity is of course at liberty to indulge themselves.

a billionaire is nothing but an undeserving victims of taxation

Still, on reflection, many people we think of as “poor” turn out to be undeserving.

specifically they won’t work as servants for the wages Bryan Caplan wishes to offer them.

does the muffin man bake muffins or is he, himself, an anthropomorphic muffin?

it was becoming better for my purposes, and as manipulators advanced their counteradvances worked up to 2014 or so

the limitations of “indexing the web” as a business strategy start to bite when the web turns to shit, I guess.

Me: idly looks at a product on eBay once in passing

eBay: I ship you two now

A halfling encounters an otherworldly hoe.

I mean, how many of these encounters are there 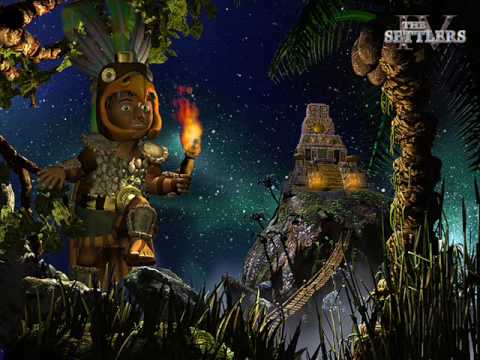 if you’ve watched more than one hour of a show on Netflix there should be a two hour cooldown before you can unlock the next episode, this would improve the incentives for everyone involved.

I tried watching a bit of They Shall Not Grow Old and it certainly looks well put together but a bit tiring to watch, partly from the weight of hearing dozens of choppy interchangeable stories and partly from the dissonance between the suppressed dread of basically everyone on screen being fated to die in horrible ways and the cheerful narration from the lads who survived the war with no major drama and would frankly do it all over again.

also although the number of literal children who signed up to fight is shocking, it does feel like a bit of a distraction from the overall horror, I mean yes a 16 year old dying in the mud is horrible but 28 year olds bayoneting each other is also pretty stupid really, isn’t it.

I tried watching a bit of They Shall Not Grow Old and it certainly looks well put together but a bit tiring to watch, partly from the weight of hearing dozens of choppy interchangeable stories and partly from the dissonance between the suppressed dread of basically everyone on screen being fated to die in horrible ways and the cheerful narration from the lads who survived the war with no major drama and would frankly do it all over again.