Book: Open Heart (about 1 year after the end of Book 1)

Summary: Finding sexy ways to wake up, even at 4 in the morning

Author’s Note: Written for Kinky Cards 2020. My prompt was chosen by @thefirstcourtesan - 53. Better Than Coffee. For three days (within 7 day period) surprise wake up your partner with oral sex and do it for at least 10 minutes or until he/she finishes.

Bryce took a break from the article on aortic stenosis he was reading and looked at the time at the top of his tablet. 9:40 pm. He hoped Cassie would be back soon. He was the on the trauma service this block, and he’d been trying to go to sleep by 10. Tonight, Cassie was out with Sienna, Jackie, and Aurora, but they were hoping to connect since she’d gotten back into town just before midnight last night.

Cassie was on an elective and had just had a week of vacation. She had gone back to Michigan for the wedding of one of her college roommates and had even been able to participate in the bachelorette party the weekend ahead. Bryce was disappointed that he was on such an intense rotation. He’d been itching to meet some of Cassie’s college friends. From the stories he’d heard, he was sure Cassie had been pretty wild during undergrad, and he really wanted to hear the full details that she refused to tell him.

Just as Bryce was starting on the results section, he heard the front door open. A few moments later, Cassie poked her head around the corner of the door frame.

“Oh good, you’re still up,” she said with a smile, walking over to wrap her arms around him, kissing him gently before she flopped down on her stomach on her side of the bed.

This was so much fun! I love how these cards brought out their competitive side and well, she can’t back down to Bryce Lahela.

And man … a 9 am speciality clinic rotation for her versus a grueling trauma rotation for him? Going off his schedule? I love her commitment to the cards. And to Bryce. The “god damn its” interspersed we’re perfect. Just the right touch of comedy.

I truly enjoy that Bryce returned the … favor? … duty? The first time and will make good on his promise for their black weekend.

So much fun! Very much enjoyed this!

Colt and Ellie reunited over her Spring Break somewhere in Florida. Commission from @fawns-notebook

Logan flips through the mail on his short walk down the garden path to their front door, shuffling one envelope after another with little interest. They hardly even got anything worth note. Bills. Junk mail they didn’t open. Card offers. Coupons they forget to use. He almost doesn’t notice it when he sees it.

The envelope is nondescript and rather grubby. The postmark from less than a week ago almost seems a lie to him from the looks of the small parcel. The edges are aged, dirty from what he can tell, and smudges adorn the surface that holds his and Wren’s address. The handwriting is large and slanting to the left. The ‘i’ in ‘Ortiz’ was dotted with a little circle. The more Logan studies it, the more interesting the missive becomes for a couple of reasons, one of which stops him in his tracks.

They hardly got personal mail.

This was made out to him.

From an untitled and in the future married!Logan x Wren series? Mini-series? I don’t know…

omg, I just thought if something! What if in rod2 Logan tells mc his real name in a very heartwarming scene like in Tangled! (I loved that movie) and mc loves his real name better because it's the real him. "Logan" is the criminal but his real name is the sweet soul on the inside :,)

Oh my gooooooodddd, Nonny. My heart!! I love this idea and I would be so delighted if that was the case in RoD2 (and sigh, you know it’d be a diamond scene, right?).

I guess there wasn’t a great time to tell her his real name in the first book? Maybe out of protection for the both of them? Mainly for her. But! If he DID tell her his name at any point, I think it could have fit during the Casino apology (from now on no more lies, just the real me). Or even after prom. Oh the possibilities!!

To quote Shakespeare: “What’s in a name? That which we call a rose. By any other name would smell as sweet.”

Am I the only one who thinks Logan isn't his real name? I always thought it was an alias, like what his character info said when pb first introduced him

Hi Nonny!! You know, I don’t believe you are the only one that thinks Logan isn’t his real name.

And to be honest, I totally forgot the Alias: Logan from the PB Rod advertisements but that totally makes sense. There was a day I was trying to think of what his non-Logan name would be but I forgot those, too!

You make an excellent point! Thank you!

(Also, have you thought about that Logan Wanted poster and MC telling Dad that the person who dropped her off in the yellow GT Devore was a boy named Logan? And he didn’t seem to put two and two together?)

in the us naming babies born in prison is done by the mother unless the mother dies or formally abandons/relinquishes the child at birth! (a baby could be adopted straight out of prison in rare cases, and as is the case with surrogacy the baby would then be named on the birth cert by the adopting parents.) though i don't necessarily think that would mean logan is the name his mother gave him! but generally, yes, logan would have the name his mother gave him and her surname if not his father's.

Aah! THANK YOU, Nonny! I really appreciate this information.

It does make me wonder if Logan is a name he picked (like with Mona) or if it’s one that is on his BC. Curious! (And maybe PB will give us this info in the final book chapter like they did with Danni Asturias in ILB).

Thank you for taking the time to send and enlighten! I hope you have an awesome day!

Is Logan's last name unknown because he doesn't like it or he really doesn't have one? I have no clue about the naming process from when a child is born in prison in the U.S., does his mother can give him his first name but he can't have her last name? If she didn't even gave him a first name who did? Do you have any logical explanation or head-canon for that?

Hi lovely! This is an excellent question! And one I havs actually thought a lot about. I’ve also had much discussion in regards to this very question!

Unfortunately, there isn’t much concrete information that I can find regarding the naming process for children born in prison. Personally, I think that it is up to the mother what to write as a first/last name for her baby born in prison. (If I’m wrong, please let me know!). And there are several options for what happens to baby after being born, including being taken into custody of family or the state.

So this is what I think: Logan is his actual name (didn’t take up a different first name) and his last name is his mother’s name. But he never developed that connection with her and maybe that’s a part of him he doesn’t want to acknowledge, especially trying to move on in his life.

In my HCs, he does marry MC and takes her last name. (My MC is Eleanor Lira).

I hope that helps!! Thank you for the ask! It was a great one.

Im at my 4th replay of RoD (I can't help myself lol) and Logan saying "I was just a rock in space lucky enough to burn up in your atmosphere for a moment" during the goodbye scene has me soooo weaak 😢 AND i'm a ardent Colt stan, but I can't help myself from adoring that cute lil puppy. I am single-handedly blaming your blog for trying to make me fall for Logan. No one is safe from Logan's charm y'all im warning you guys, not even this magical unicorn -🦄

Magical unicorn! This is making me smile and giggle so hard! This is the best thing I’ve ever been blamed for!!!

Have you done a playthrough romancing just Logan yet? If you haven’t, I highly suggest you so. Outside of the whole deception thing (which he apologizes for, profusely, twice) he’s romantic, he’s seductive, he’s sweet, he’s hot, he’s your best best friend. Total package, really! (Warning: the cookies er serve on the Logan side are delicious and addictive!)

And then! That goodbye?! God. It’s so bittersweet and the whole “I’m just a rock in space”? Just give me a moment.

One of these days, I’m going to finish my fourth full Choices playthrough. I’m on chapter 13. I miss Logan so much!!!

Thank you for sending me this!! It made me so happy!

PS. If you do a Logan romance route, do the snitch route and tell him you’re working with Jason in the apology scene. Then you’ll see the extent of his devotion to MC. 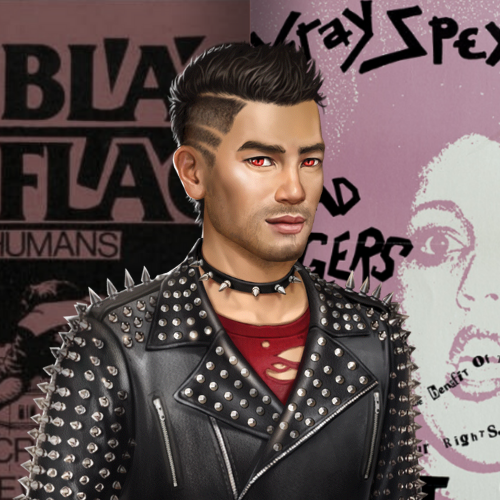 With his eyes on her, she blushes — his gaze leaves her face flushed the colour of ripe cherries, and pomegranate halves, and newly made love bites — she looks as though he’s dragged his teeth across her bare cheek, leaving her red and raw where he stripped her bare, or like he’s fed her a stemless cherry from his palm and waited for the pit, or, possibly, he ripped open a dripping pomegranate to give her the seeds.

Somehow, when they’re together, it’s warmer even in January.

does not hurt any less the 4th time around 😭

I agree with the other anon but like all choices books I'll give this one a chance. I mean I'm forcing myself to get through Baby Bump atm lol andvI have faith Mal will give us quality 30 diamond scenes

You’re doing better than me! You don’t even want to see the books I haven’t started yet. Also, you get diamonds which is nice!

I have high hopes for Mal - he’ll fill my Logan void and he’s supposed to be better than Jake? I mean I shouldn’t get my hopes up too high but I’m still so very excited!

They are immortalized here by the wonderful and immensely talented @aeskoro (who has commissions open!!!)

I am loving these! 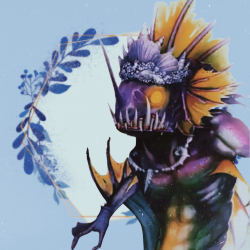 The Most Perfect Creature Ever Made (Blades of Light)

Icon Collaboration with @rheyaphampira​ because we had to. Please like or re-blog if you support sea creature rights + to enable our weird shit.

I feel so horrible, everyone is so excited about Blades and I don't like stories with a lot of fantasy, I feel so alone 😥 I wish I could be excited about it because nothing else on the app interests me but it's not my kind of story

Oh don’t feel bad, lovely!! Fantastic definitely isn’t everyone’s genre - it’s actually not my favorite. I really like the stories with action, intrigue, and romance all put together. But I think this one looks pretty cool and I’m all heart eyes for Mal.

I do hope you find something you like. I haven’t opened the app in a while and I need something to excite me! This reminds me of TCTF and I loved that series! 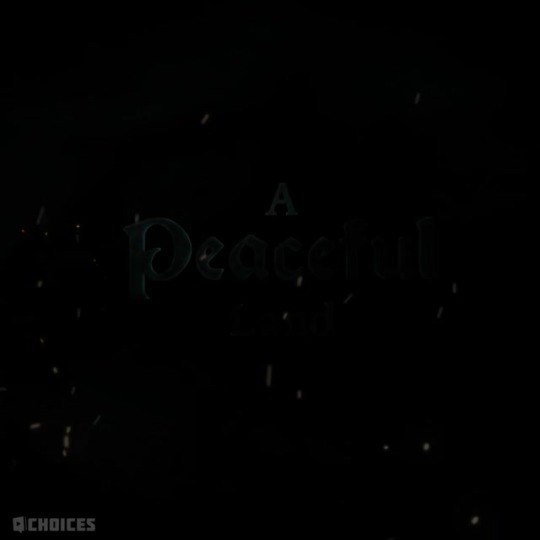 The forces of darkness are rising… Will you be the light that defeats them? Play Blades of Light and Shadow, launching January 29th! ⚔️😮

Passport to Romance (Ahmed deserved so much better)