I could never figure out why I’m so lazy - but also always exhausted. I always try to make things right, just to get them wrong all over again. This is one of the things that really make me question myself.

Never underestimate the powers that cat

admin: this one is good actually

I used to think this post was stupid because most people like both sides of the bed free but then I realized some psychopaths put their bed like this so not even the headboard is against a wall and this post is about these animals.

ok the bed just out in the middle of the room is bad but have you considered: only the footboard end against a wall

no i hadn’t. why would you put that image into my head?

Okay, but how is this

I’m at a loss for words

This reminds me of Thomas Jefferson’s bed in Monticello

Or stay mellow doing whatever the hell you do in Monticello

hey reblog this instead

I recently learnt that executive dysfunction can be broken down into two main categories: anxiety that your attempt won’t be satisfactory, or confusion about where to start or how to break it down into steps. As much as we feel bad about it, it’s extremely important to remember that it is NOT laziness and we in fact shouldn’t feel bad.

Cats in boxes is never not funny.

“EXCEPT FOR THIS MIRACULOUS GiFT”

“NO YOU REALLY SHOULDN’T HAVE..” Cat Edition In Six Photos 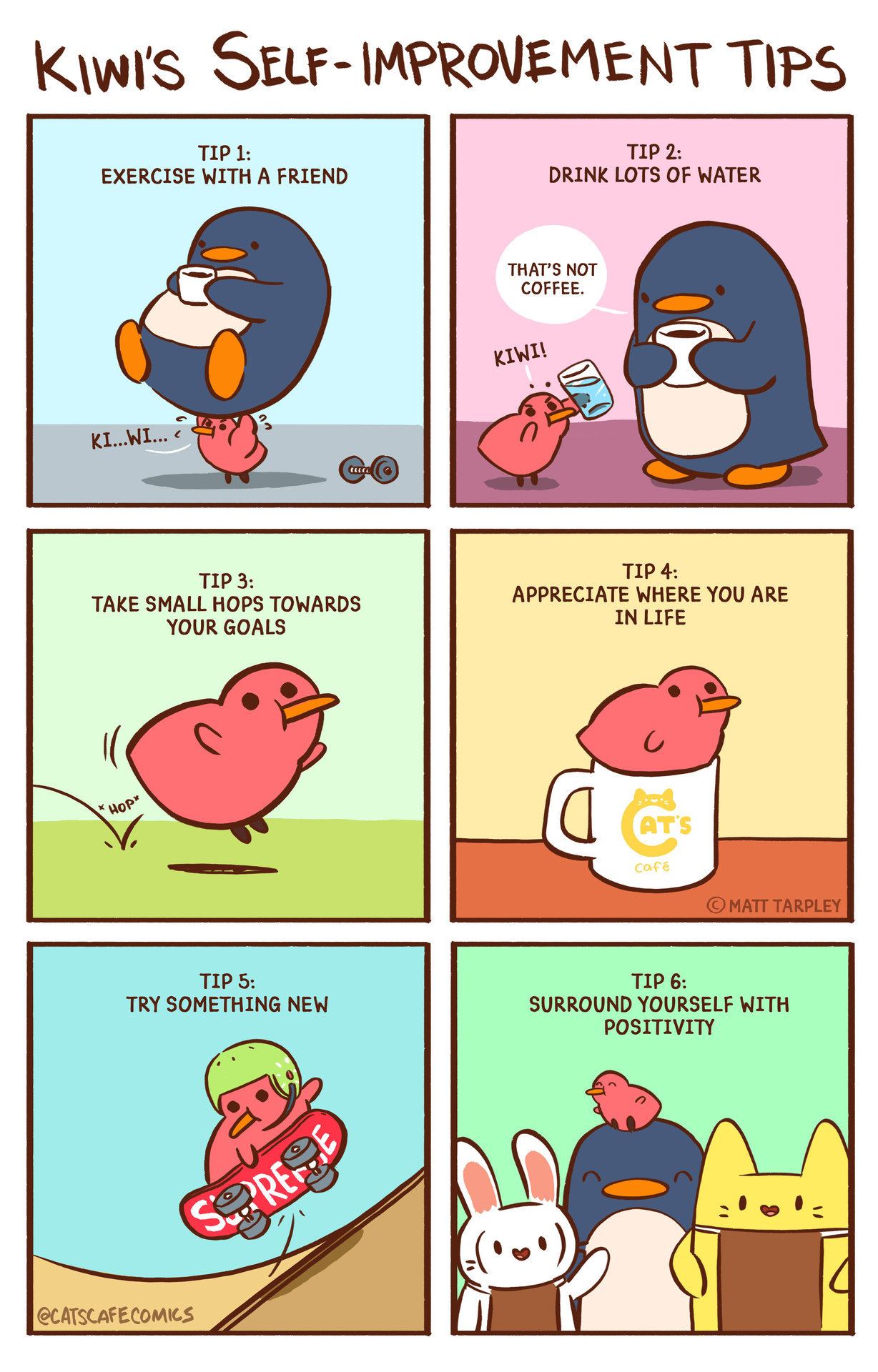 YOU. YOU UNDERSTAND ME 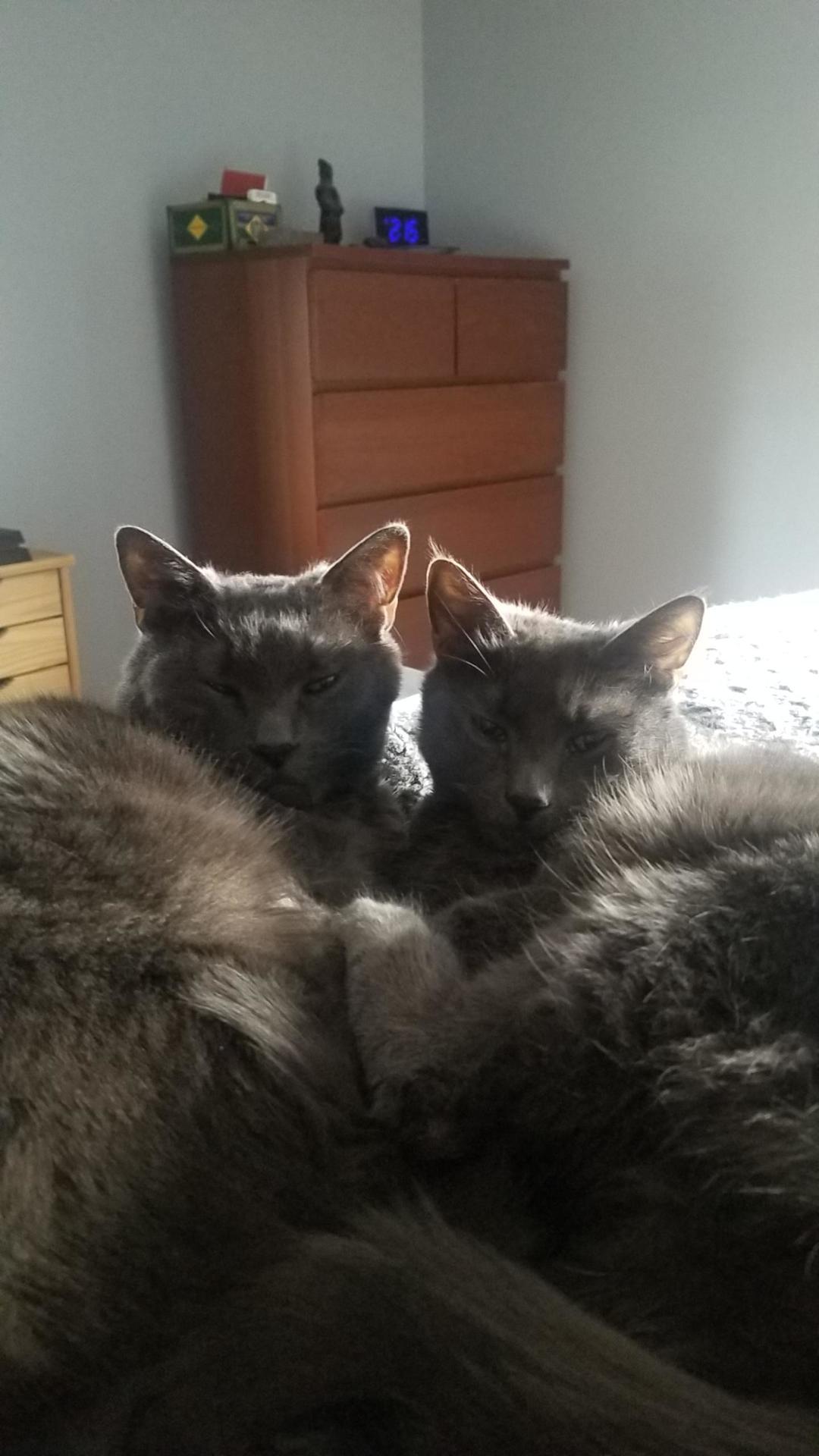 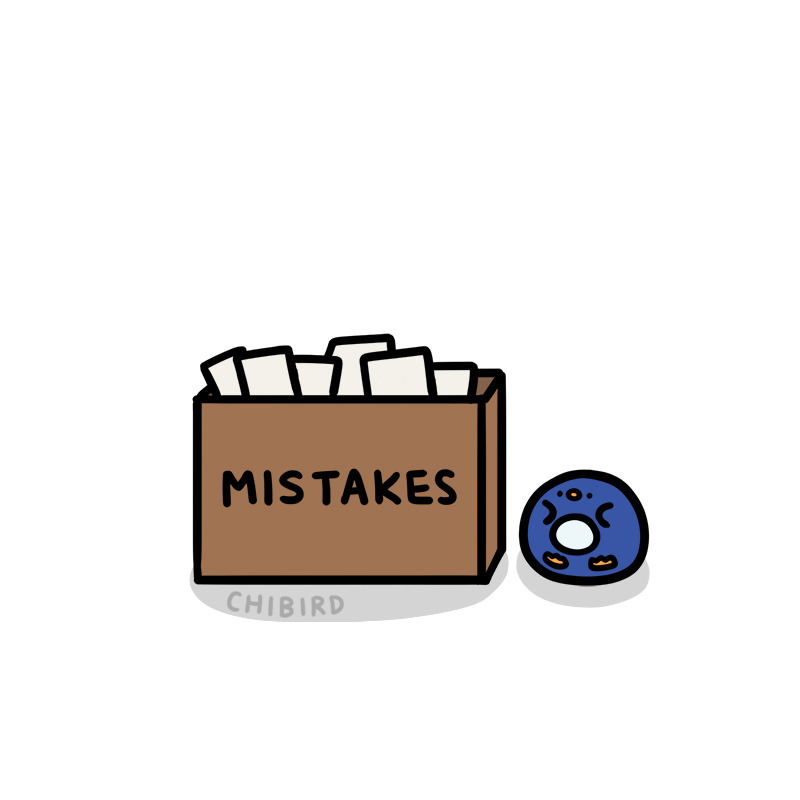 Mistakes are a natural part of being human, and they’re part of growing. 🌱 The most successful people had to make a lot of mistakes before learning what worked for them, so don’t let a mistake stop you!

“So this next song that we’re going to do is one that is about how maybe in our lives if we’ve ever been let down or things haven’t turned out the way that we wanted them to in relationships, how oftentimes we then kind of have this sort of phantom fear of like, tragedy. Of phantom tragedy, where you’re like, if you ever find something really great, or a situation that is solid, or a situation where your trust isn’t being broken, sometimes you have to deal with your demons from all those times that it didn’t work and you have to kind of stop yourself from thinking that the worst is always going to happen. And this is a song that kind of touches on, you know, anxiety, and just how to break patterns and cycles that aren’t healthy. Because we learn a lot in life, and some of the lessons are good and some of the habits are good and some of the habits are bad. And so it’s a song basically about having to unlearn some bad lessons that you learned in the past. This one is called The Archer.”

— Taylor introducing The Archer in the BBC Radio One Live Lounge 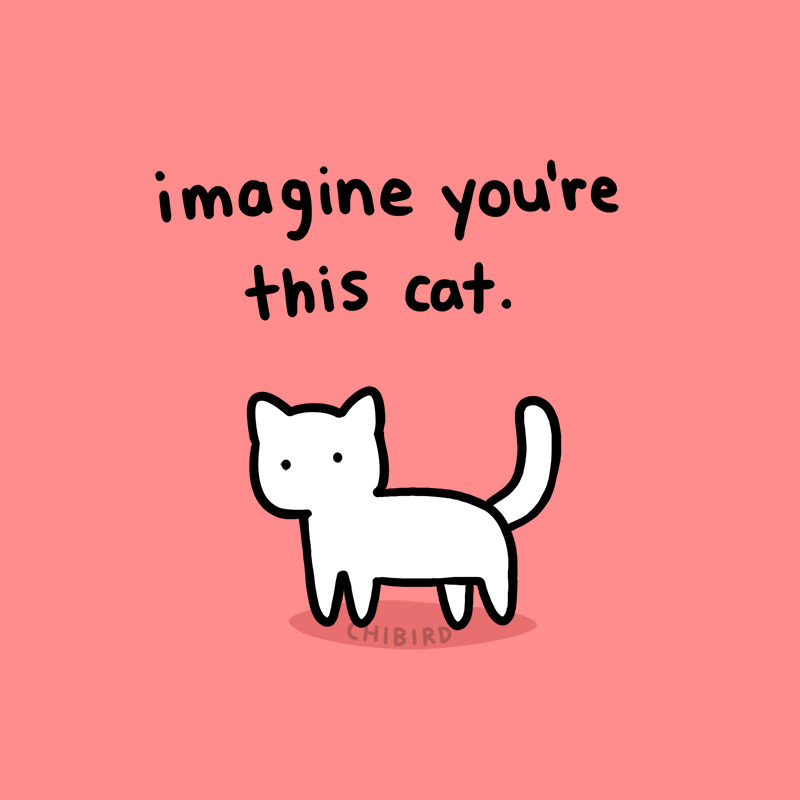 You’ve made it through so many falls before! You’ll make it through this fall too, even if it seems like a long one. 🐈💗

- flinch away when someone touches you.

- panic when you accidentally break an object.

- get scared when someone walks behind you.

- feel your heart rate increase at every sudden noise.

- are easily panicked by slightly-louder-than-normal sounds.

- stare apprehensively at your bedroom doorway for hours at night.

- always feel either too mature or too immature for your age.

because i do all of these

This sounds exciting! I’ve never reblogged one of these and actually had follow through on it before! 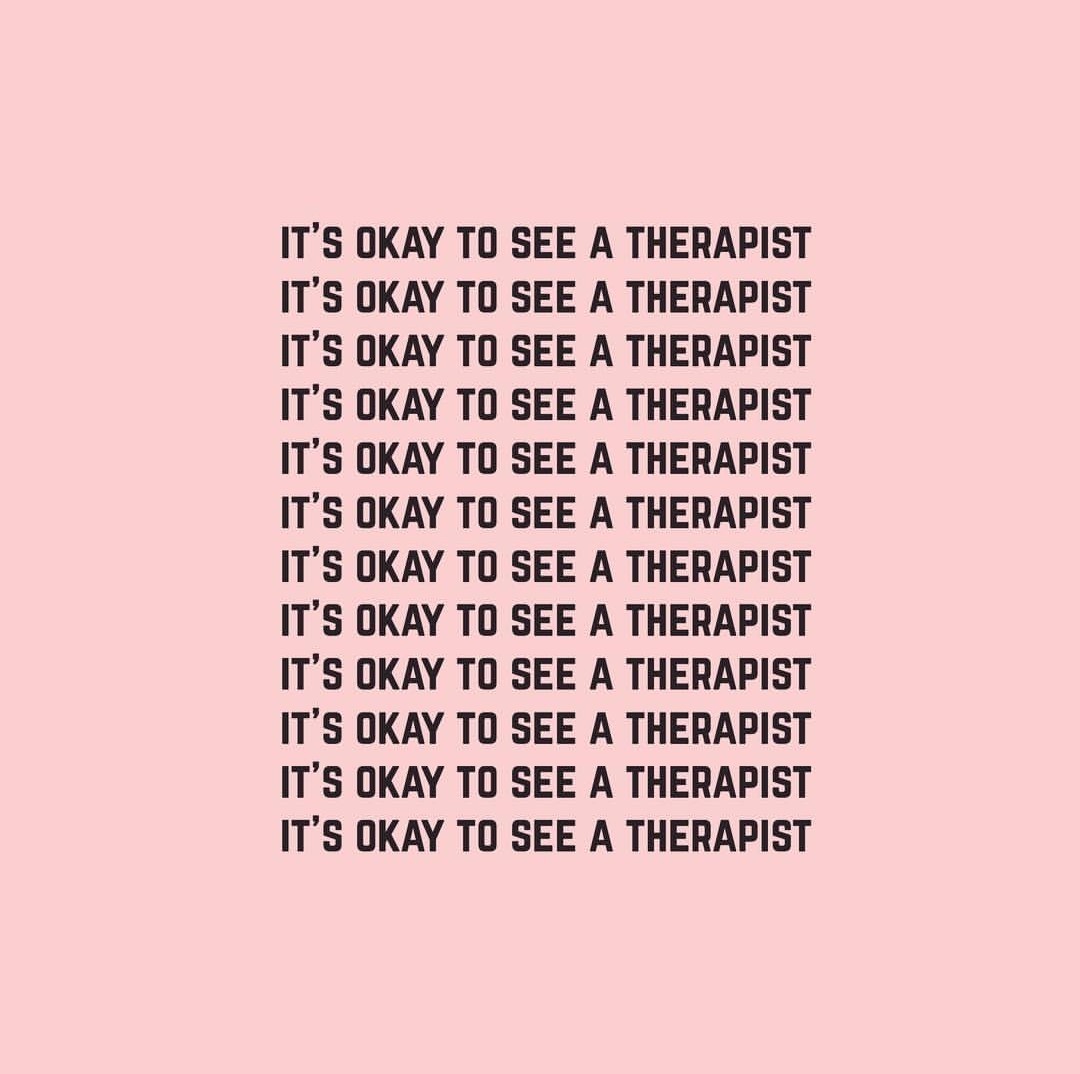 Lately, I’ve been a lot happier. I’ve been better off. Something I see a lot on this site is people letting their mental illnesses consume them. I’m in no way blaming anyone for that since I know that it’s so so so difficult to not let it do that to you. but I slowly realized that if I could break the cycle, then maybe I could get better. I looked at my actions, started holding myself accountable for what I was doing and saying, and I tried to replace negative thoughts with positive ones. “I want to kill myself.” No. I don’t want to kill myself. I want to be happier. Well, what is preventing me from being happy? What can I do to change what is changeable? It’s so important to remember that in order for things to change, YOU have to be the one to put in that effort and make a change. Stop waiting for change to happen on its own, because it won’t. I noticed that when I started taking steps to make myself happier, it became easier and easier to get better. It was like a domino effect. I became so assertive with my mental health. I WILL get better, and I’m not letting anything stop me. Even if it takes a while, I’m going to make changes that will help me enjoy life even if it’s just a little bit more. Of course, I’m not 100% healed. I still have a lot of anxiety, I’m still self-conscious, I still find myself feeling the rollercoaster of bpd emotions. But I’ve learned how to manage a lot. My anxiety has gone down (partially due to changing my thoughts, partially due to Ativan). I’ve learned how to not have bpd rage episodes towards the people I love. I’ve learned how to be satisfied with talking to several people rather than relying on just one person. I’ve become so much more grateful for everything in my life and it’s honestly so refreshing to feel happier. So I encourage everyone who follows me to take a step back and realize that although change can be scary, it is the best thing I’ve ever done to myself. It can be so difficult at first, and there will be days where you feel like you’re backpedaling, but I promise you that in the long run, it gets easier and easier to get better if you just start. I love you guys and I hope you guys all one day feel recovered.

*This post isn’t trying to bash on people who struggle with this. I know everyone’s situations are different and it’s likely you could be in a situation that you can’t change (e.g. feeling depressed due to parents who don’t accept your sexuality). I just wanted to share the mentality that got me to finally start getting better. I just hope that at least one person reads this and gets some motivation, or just sees that it is possible to recover and that it feels so good to. I have a lot to say abt this topic. If you ever need someone to talk to, or you need advice, feel free to PM me.

In the last few years I’ve had the exact same experience as OP. It’s a long hard road to follow, but believe me, others have travelled down it before and so can you!

Okay, that may have been a bit corny, but it’s true. Determination is key. It may sound silly but one thing that helped me is that I pretended there was a biography written about be and how I was someone who never gave up. When things got (get) hard, I kept thinking “she always managed to push through” &c, like it was already said and done.

I still struggle at times. Anxiety is a big one for me. But I’m going to continue to work on it.

bro… are you writing mean things about yourself online..?

stop saying these things.. u gotta stop using maladaptive coping humour to demean and belittle yourself so much.. i just want u to be kinder to urself bro

.. our psyche is like a garden that needs to be tended to and watered.. take care of urself ok bro? i’m always here if u need me 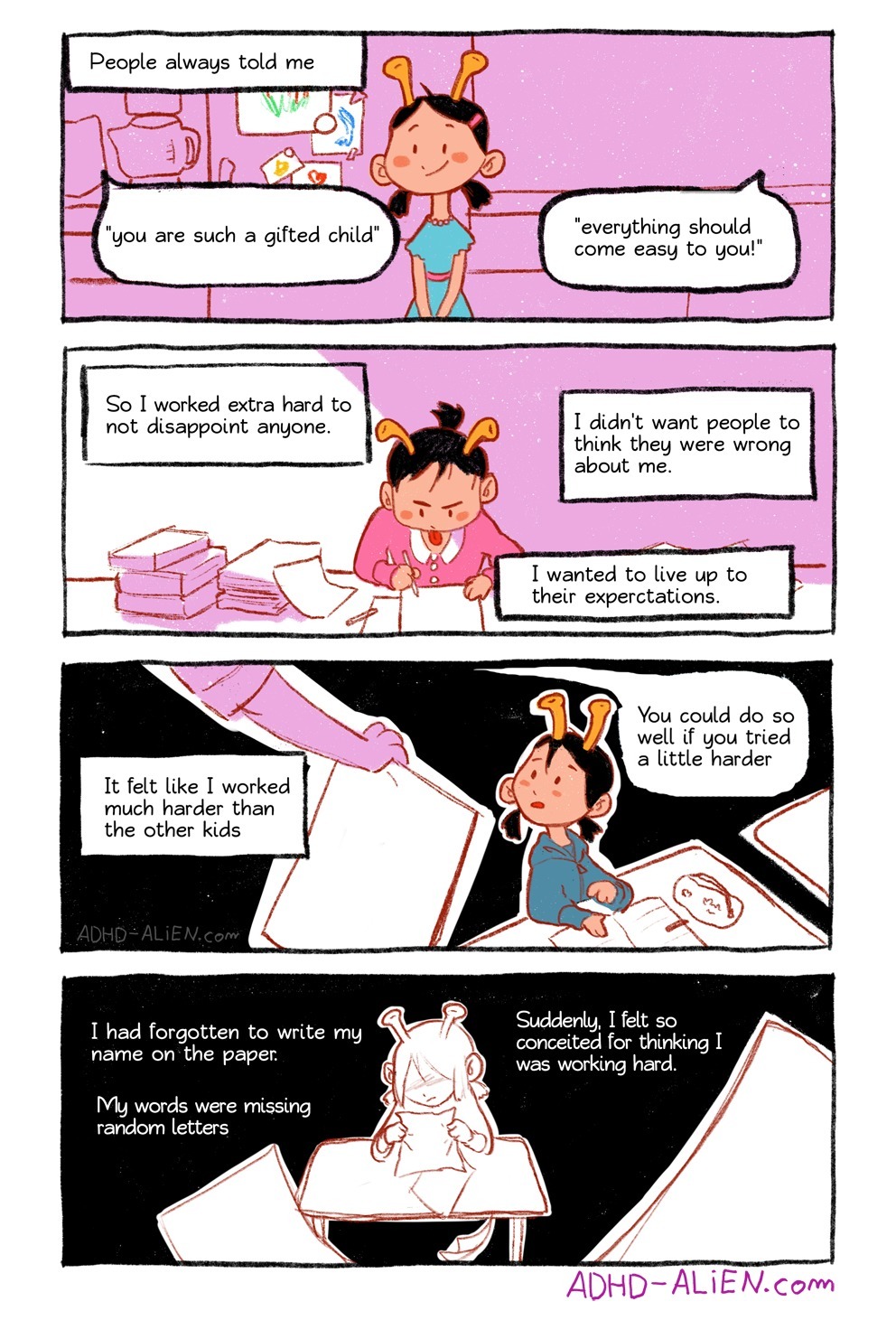 This is what happens to kids with ADHD who, instead of getting help and treatment, get told to try harder.

These are all the ones I can think of right now, but it’s really important we talk about this stuff more. All of these things that come with adhd can be very frustrating for those around us because they don’t understand that we can’t help it. To an outsider, it may just look like a person with adhd is just lazy and doesn’t care, when it’s actually just how our brains are wired. None of us want to be frustrating to others!! In fact, all of this frustrates us too!! But since adhd is just known as “not being able to focus”, people don’t realize what all comes with it and how it can really fuck everyone over.

Please add more if you can think of anything else!! I’m horrible with lists lol

^^^ I was gonna add RSD, glad someone else did! Also (this is long and I know I left a lot out/probably messed up but I don’t have the brain rn to proofread and these are Important):

A lot of the below points are related/connected to executive dysfunction, bc it’s such a huge part of our brain structure, even with the help of meds. Strap in for some psychology fun, folks!

I know we ADHD peeps have trouble reading lots of text at once, so

I did actually skim ahead to the TL;DR about ¾ of the way through, hello I am a total adhd cliche in the middle of an insomnia spell (when a month ago all I could do was sleep) now if you don’t mind I’m going to go play ukulele for hours until I remember everything else I gotta do

When I have brain fog and can’t word, it feels like the noise a dial-up modem makes. Thankfully, “verbing the noun” is a more common thing people do with their speech nowadays, so I can get by.

Every time I run across a post about ADHD like this it makes me go “Oh wow. I do almost all these things. I think maybe I have this. I should go to the doctor”

Then I don’t go to the doctor, usually because of said issues. Super fun.

So Driven to Distraction: Recognizing and Coping with ADHD is a GREAT book on this kind of thing.  It’s helped my husband tremendously. Really recommend it.

Mmh. Imagining trying to tell That Guy that he might have an issue with the words “deficit” and “disorder” in it when I can’t even smile if he dies in a video game in an amusing way without him screaming at me because he assumes I’m mocking him and think lowly of him for dying in a video game…