You know what I just realized. Peter’s ritual is almost exactly what happened to Martin except minus the worms.

But he was stuck in his apartment for two weeks. No one knew where he was. No one cared enough to check. As far as he knew he was going to die all alone trapped in his apartment of eventual starvation or worms. 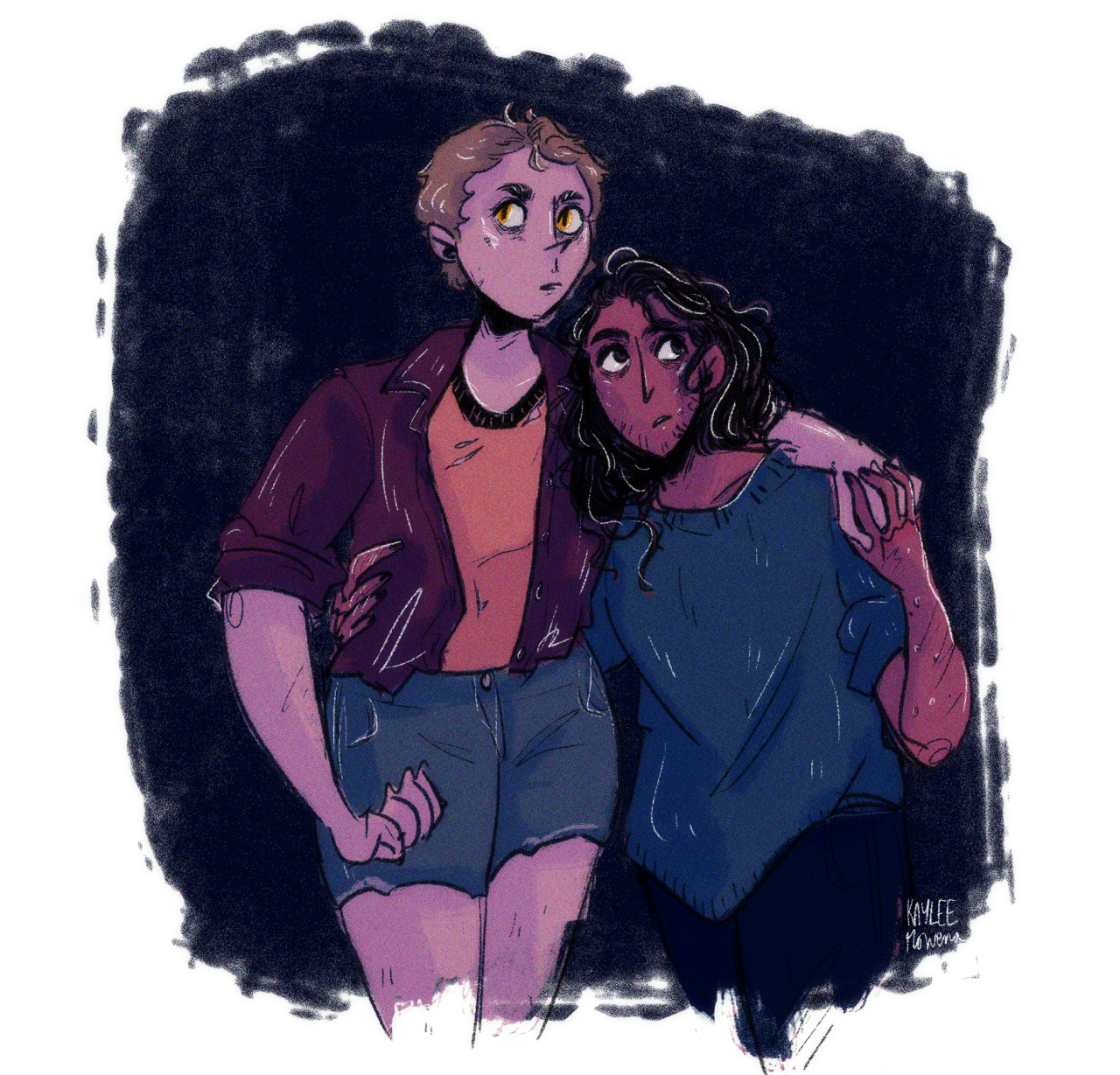 friends who survive a terrible endless coffin together stay together

I grew up in Northern Ireland. I know all about what happens when people don’t talk to each other. That’s why I’ve never understood - what’s the point of supporting gay rights, but nobody else’s rights you know? Or workers rights, but not women’s rights. It’s, I don’t know, illogical.
Pride (2014)

The Boy has been located.

TIL - In the six-week lifespan of one single bee, she will only produce a quarter of a teaspoon of honey.

Only? How much honey can you produce you self aggrandising cunt? 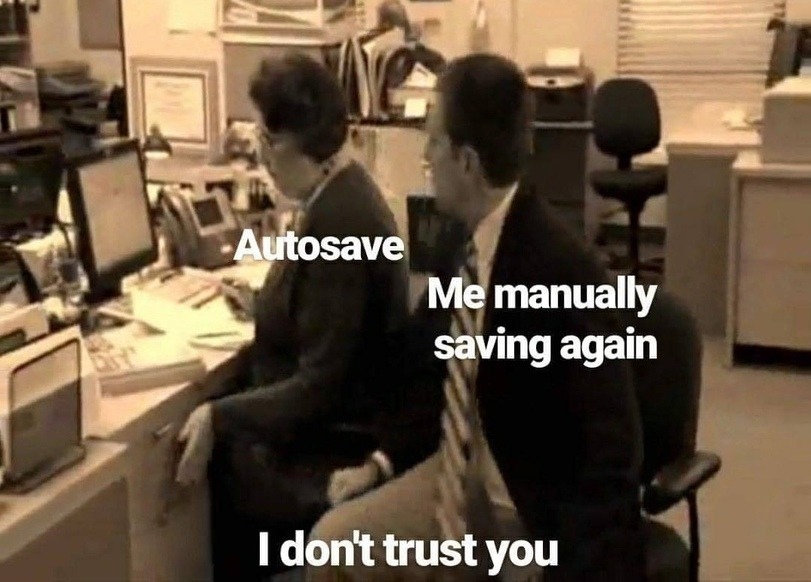 firmly believe Georgie is gonna have a big role in s5 bc like. Sister can’t feel fear!! For the fearpocalypse!!!! Hm!!!! 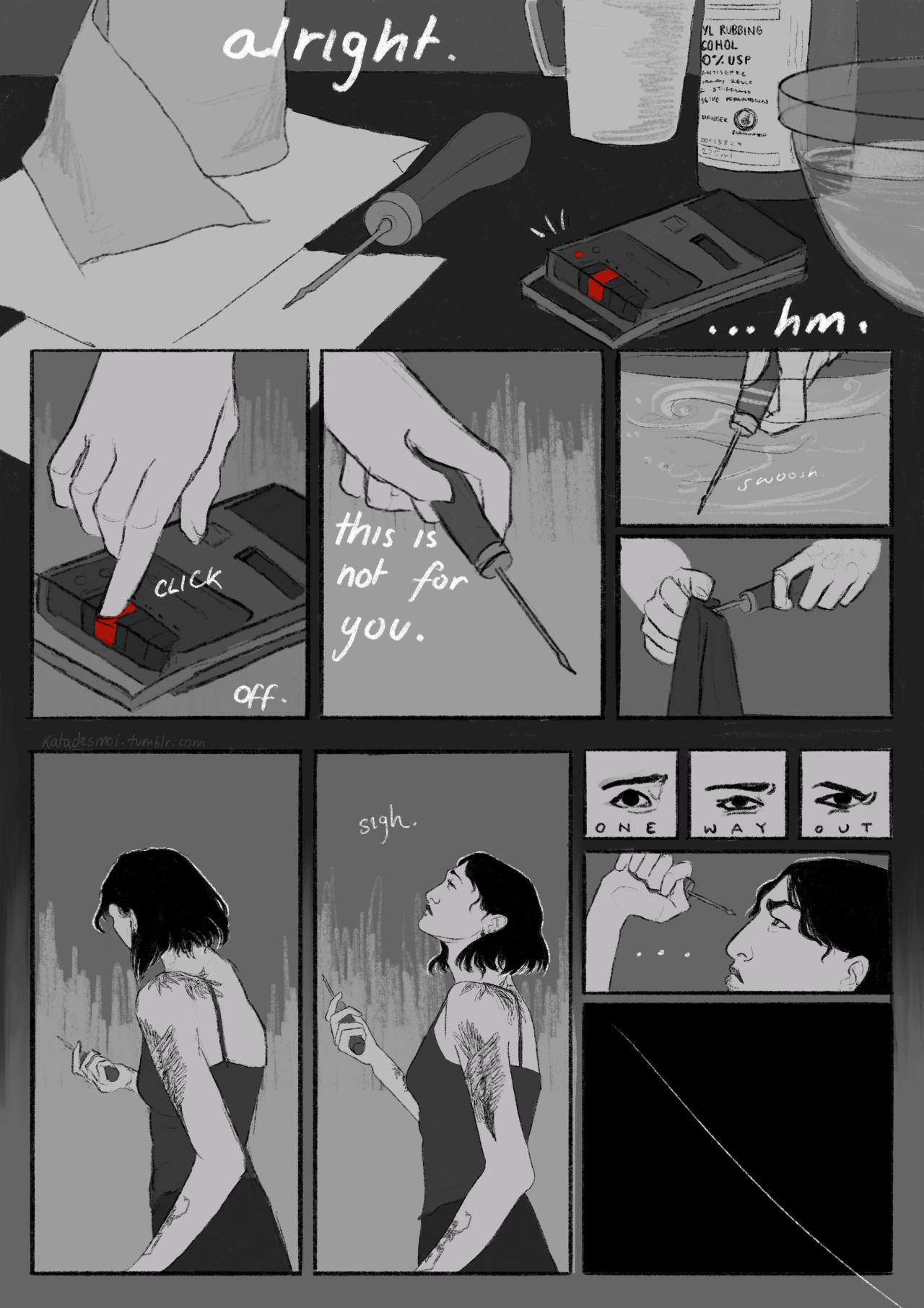 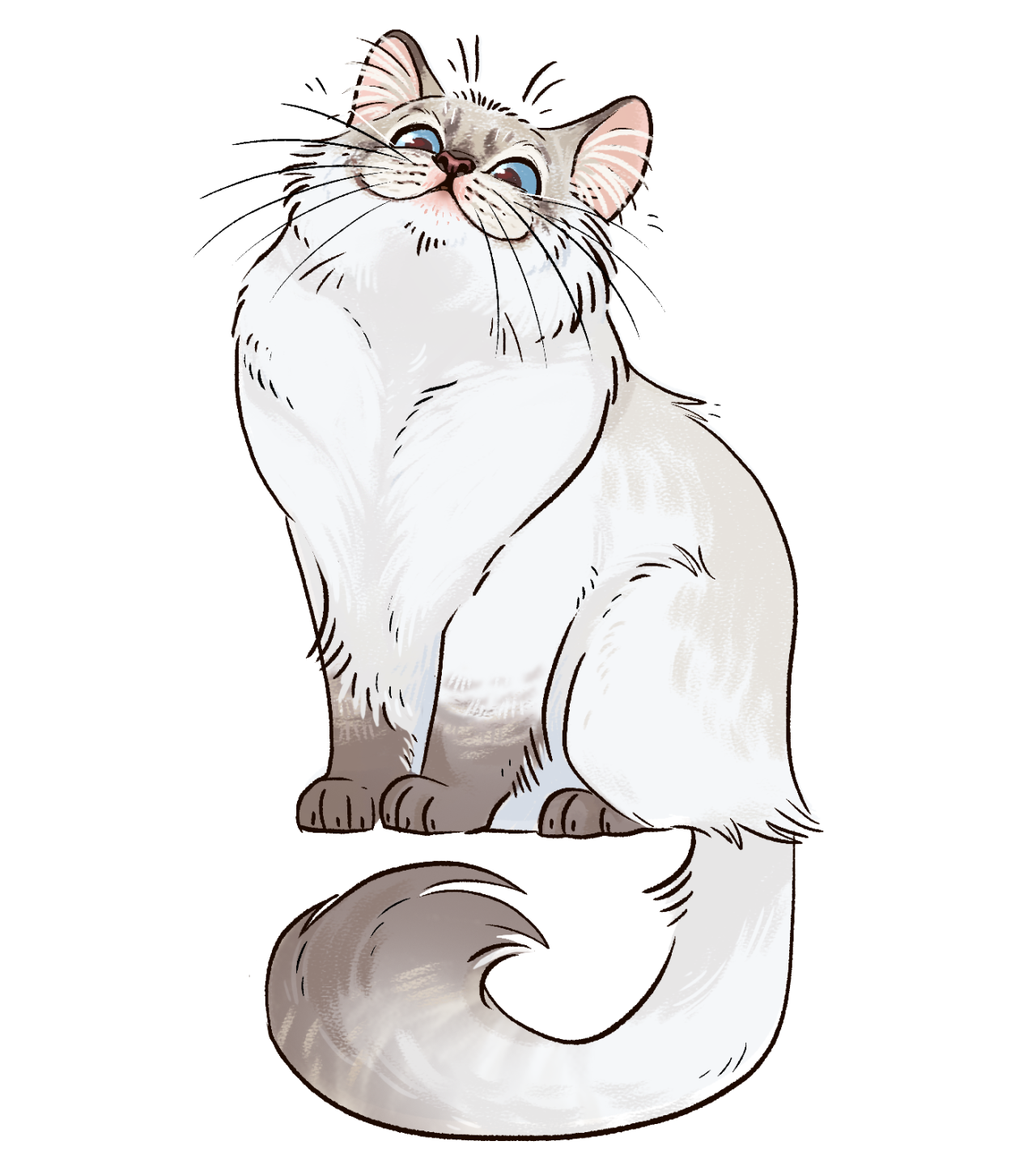 Please, I beg of you, may we see a photo of the cat? I am a simple man, I see a smiling cat and I love them.

You could sit between me and the fire if you like. If you leaned against me I could keep your back warm. I could wrap my arms around your waist and lean my face against your hair. We could listen to the crackle of the fire and the whistling of the night. I could hold you by this little speck of light in this great wild desert. I could take care of you, in this small way in this fleeting moment. If you like. 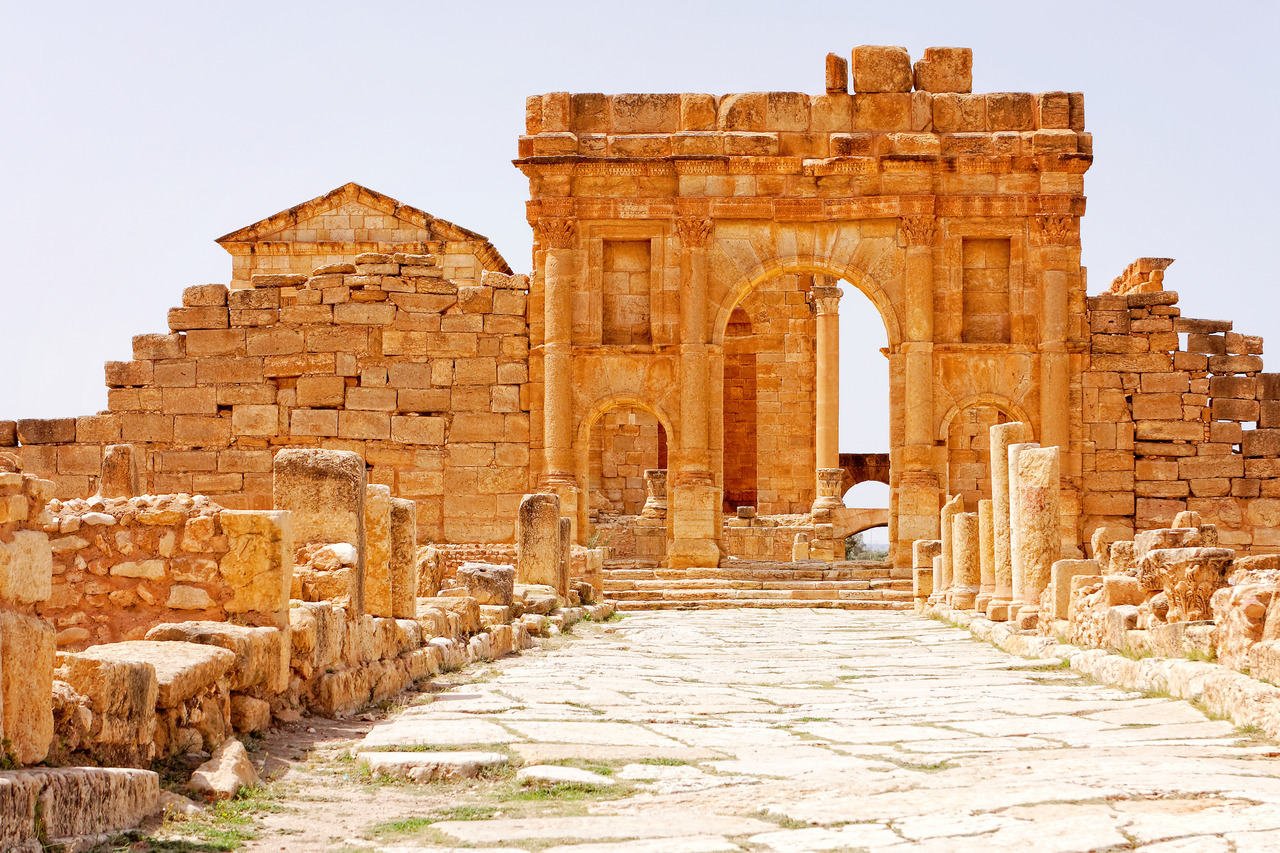 love that part where jon is like “we contacted georgina barker who confirmed that (…)” like i get that it’s professional etc but like. just say “i asked my ex and she said yeah” 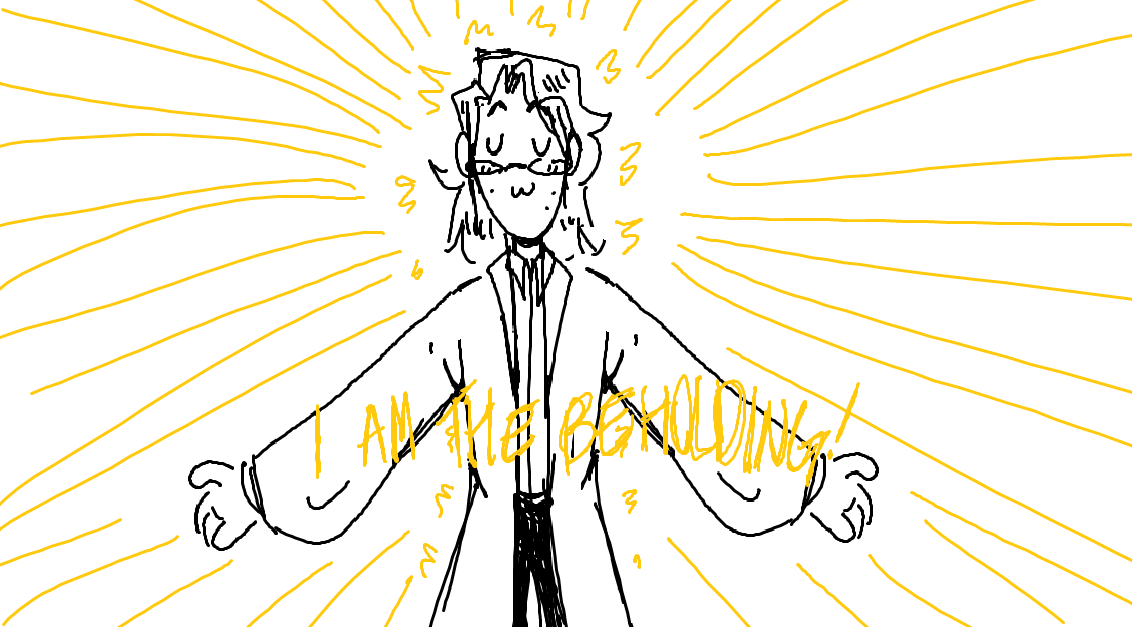 Finally a Fred and George AU that doesn’t make me want to set myself on fire.

AU where Fred and George are in different houses and they get their hands on house ties from the other two houses as well. By the end of their first year nobody knows which house either of them is in and just take points off a random house whenever they see a redhead getting up to something.

The confusion runs so deep by the time Ron starts that Snape once takes points off Slytherin for Ron fighting with Malfoy.

There’s a few months in Fred and George’s second year when they successfully convince most of the school that they’re actually quadruplets, one in each house.

“George! Why are you wearing a Slytherin tie?”

“Next you’ll be telling me you don’t know Hubert!”

After this confusing quadruple mess, a conspiracy theory emerges that Fred and George are actually just one person, and there were never any Weasley Twins. To add fuel to this theory, Fred and George make a point to never be seen together (publicly).

When asked about this theory, Fred/George subtly insinuates that he used Polyjuice Potion so that there could be multiple versions of himself at once. This goes around the Hogwarts Rumor Mill like fire. The Weasley family says nothing to dispute it, not even Percy.

Percy makes polyjuice successfully for the first time in his fifth year, when he finally has sufficient motivation. Fred, George, Edward and Hubert walk into the great hall one morning, identical but for their school ties, and the chaos is so great that nobody realizes Percy and Ron are missing.

“About twenty years ago, I attended a lecture by a Harvard professor who talked about how corporations operate like modern-day kingdoms. At one time, she said, people believed kings ruled by divine right, and today we seem to believe the same thing about corporations. Toward the end, she asked, “Do you know what it is that allowed people to let go of, overcome, and reject the notion of the divine right of kings?” I held my breath and got ready to take some notes. Her answer: “They just stopped believing in it.”

The magio-historian, Valentine Munday, has many failings, but he is very strong on the Magicians of the Golden Age, the so called aureates. I am sure we will get from him the last time an English magician took an apprentice.

I’m not too deep into The Magnus Archives yet, but I’m very on board for jonmartin to be the MVPs of this whole thing. 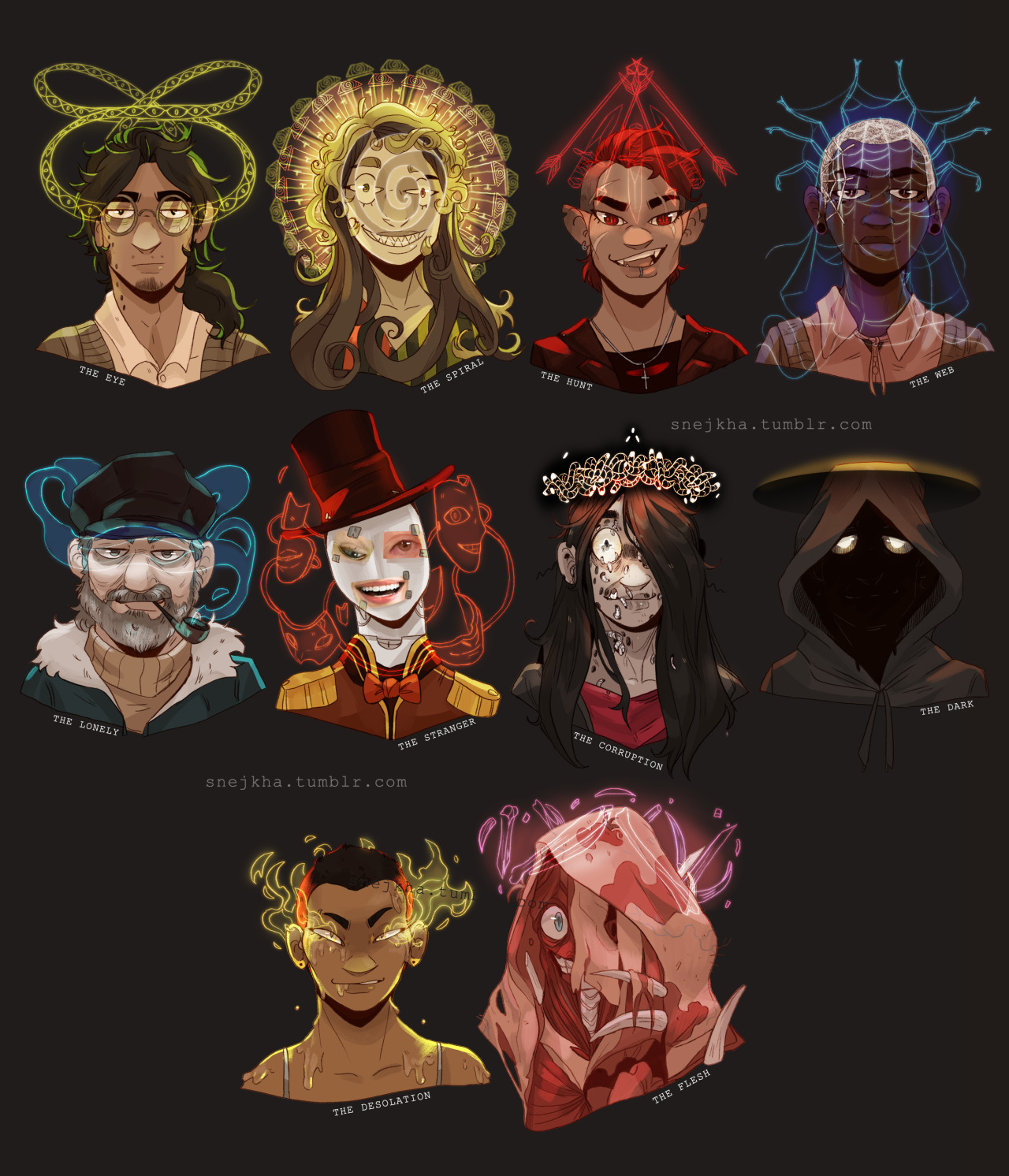