just for comparison if you’ve never heard the other weather theme before, here you go

but Ruby’s sounds like a gen 1 Lavender Town creepypasta

what the hell is this honestly

Someone remixed the two and honestly

it is awesome and ominous af

me in 6th grade when i tested intj on 16personalities 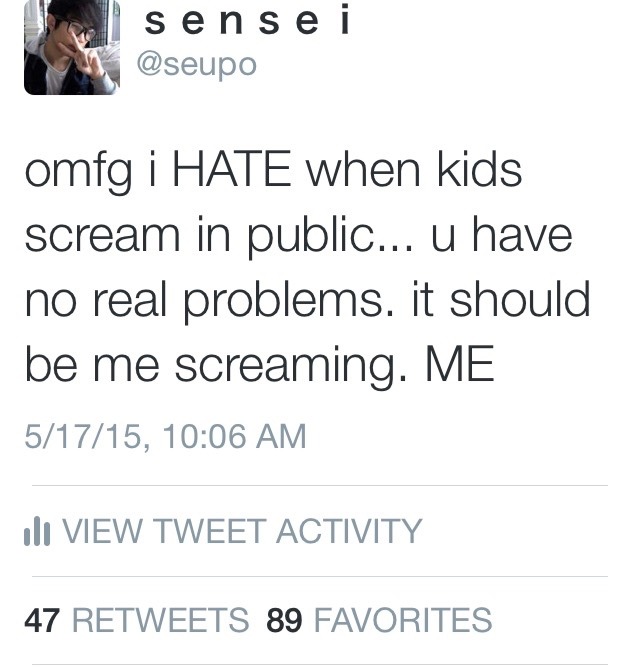 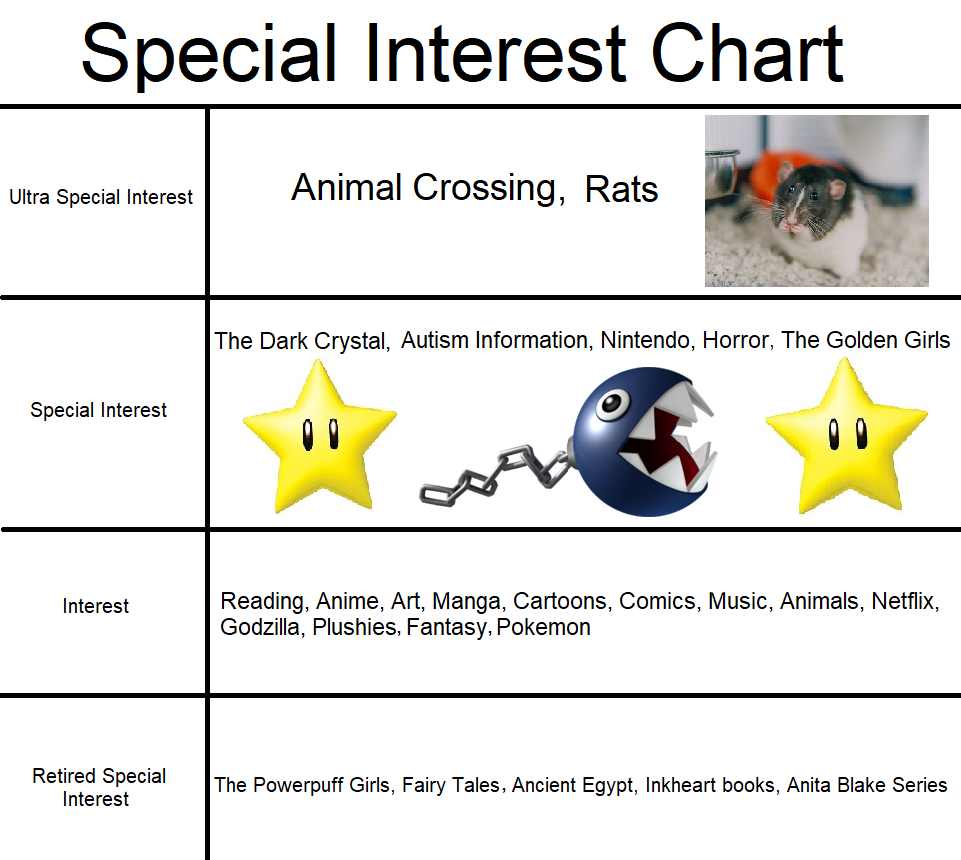 I have made a new meme for the autism and a.d.h.d gang. Please feel free to use my template and tag whoever you’d like. You can make them as pretty as you like and put pictures of your special interests instead.

i forgot about dark crystal…

also i had an ancient egypt special interest too

i used to play dota 2 but stopped bc:

dark souls taught me that my favorite genre is fantasy horror, i cant believe i didnt realize that until very recently, i have always wanted a horror aesthetic with dragons in it and a huge amount of horror media is not interesting to me bc i preferred cool creatures 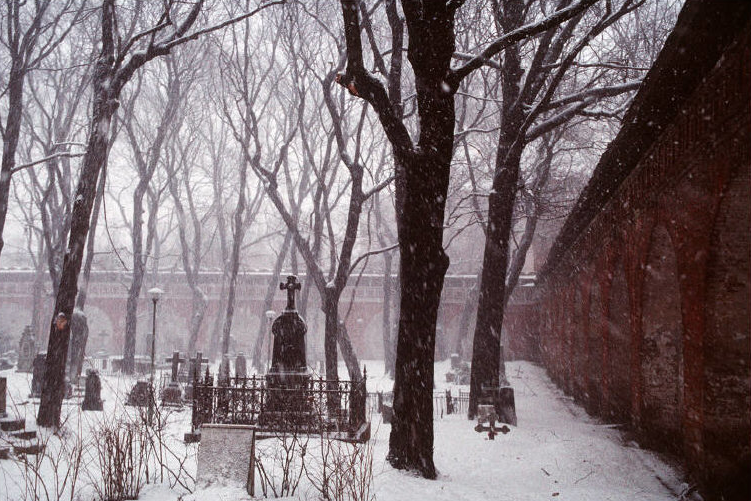 Can SO/SPs be extremely private and prefer being alone over being with other people constantly? I think I’m an SO/SP but I’m not particularly unhealthy or in a bad state of my life, I’ve just always been very reluctant to share things with people and always liked being alone more than interacting with others

if introverted then definitely sure

hot take: ENFPs being like “honorary introverts” or “introverts in a non-MBTI sense” is a joke that just stems from ENFPs having zero self-awareness and relating to every description on earth because they are thinking in terms of exceptions not generalities. ENFPs confidently tell you “oh i’m super private and love being alone” and still spend 6 out of 7 days in a week doing extrovert stuff and think that this one day of not running around somehow counts as preferring alone-time. spoiler: it does not, stop lying to yourself.

What are signs of Si development in an INTP? Would it include things like becoming more aware of hunger/discomfort/what feels pleasant to them?

yes for Si in general, not just INTPs 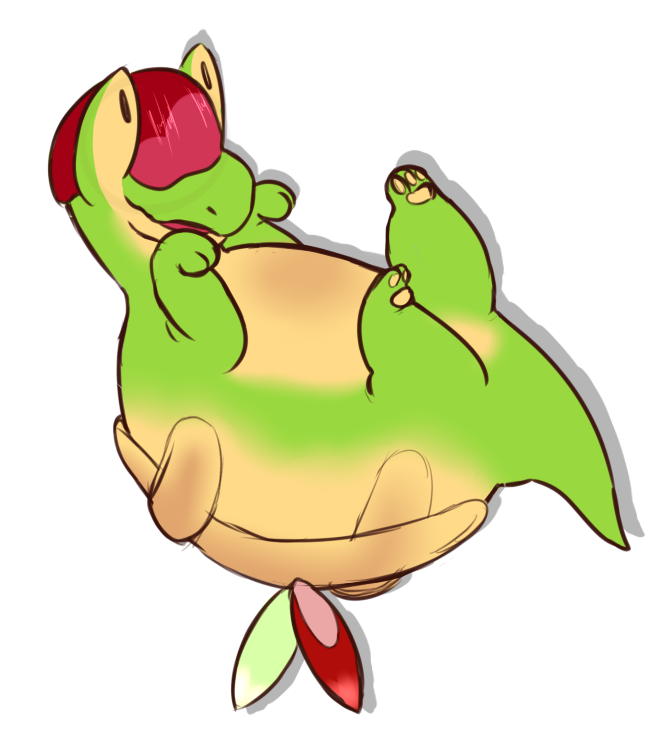 everyone be quiet. its appletun only. get this boy as a sticker on my red bubble 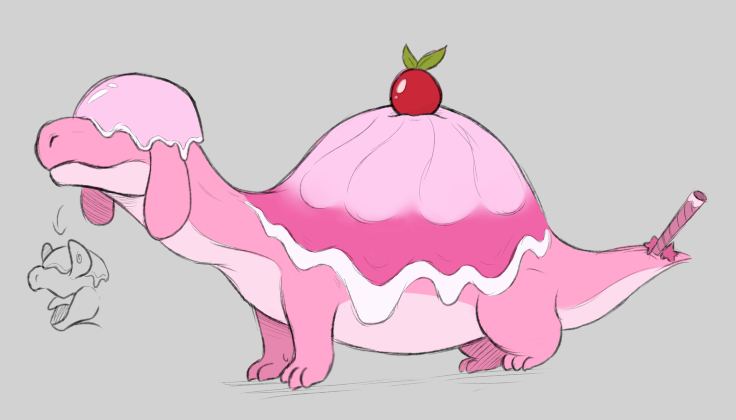 I’m playing Pokémon during Christmas, and my brother is playing Stardew Valley. 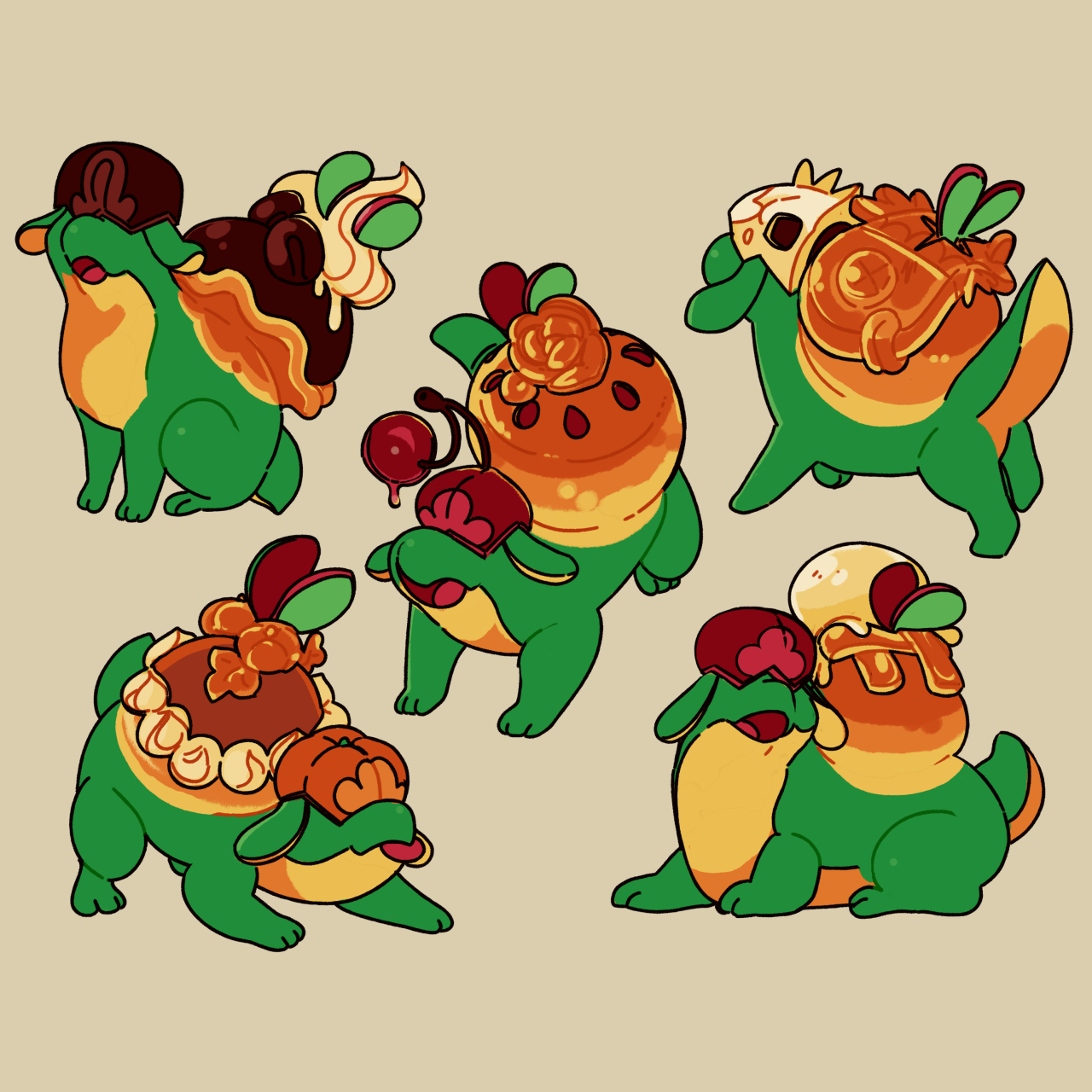 Sorry I’ve been so inactive over the holidays but here are some pies to make it up to you! 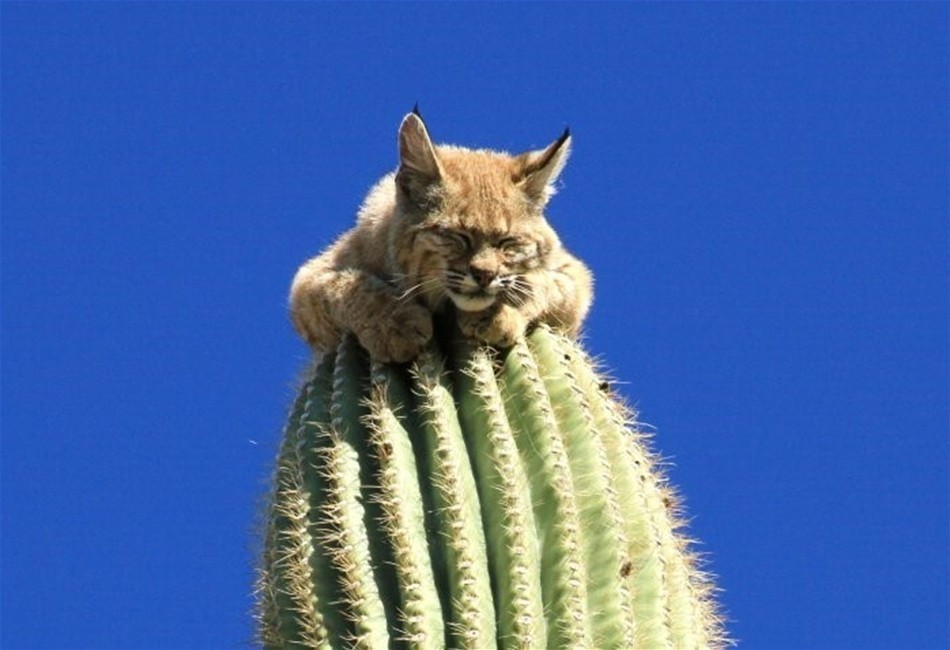 Nature photographer Curt Fonger stumbled upon a bobcat sitting atop a 40 foot tall Saguaro cactus in the Arizona desert. The animal was apparently taking refuge from a nearby mountain lion.

Can someone please tell me what it means when an owl LITERALLY fucking swims towards you and then stares you down??

Like look at it?? Literally flew past me and my my friend, it was so close that the wings touched our faces.

It’s reminding you to do your Duolingo practice

That’s a fledgling great horned owl, they’re known for being generally ballsy and aggressive, and owls have been known to both climb trees and swim through still water in a pinch

Most likely full scenario: the bird was practicing flying, but it fell because it’s still a kid and they do that. It probably fell in/by the water. It then was like Oh Damn Oh Jesus and decided it was not in fact a duck and headed to shore, saw you, and was utterly offended but confused on what to do. So it decided to Square Up and face you like the hellbeast it is.

The pose it’s taking in the pic is one I affectionately call Full Orb. A fully orbed owl is 100% READY to FIGHT 1v1 no items final destination. You were probably its first up close encounter with a human, and since birds tend to associate larger animals with predators, it tried to make itself look as big as possible to make sure you know what’s up. It was staring you down because it was waiting to see you make the first move in the dual or flee in fear from its superior owl might.

owl: i will fuck you up 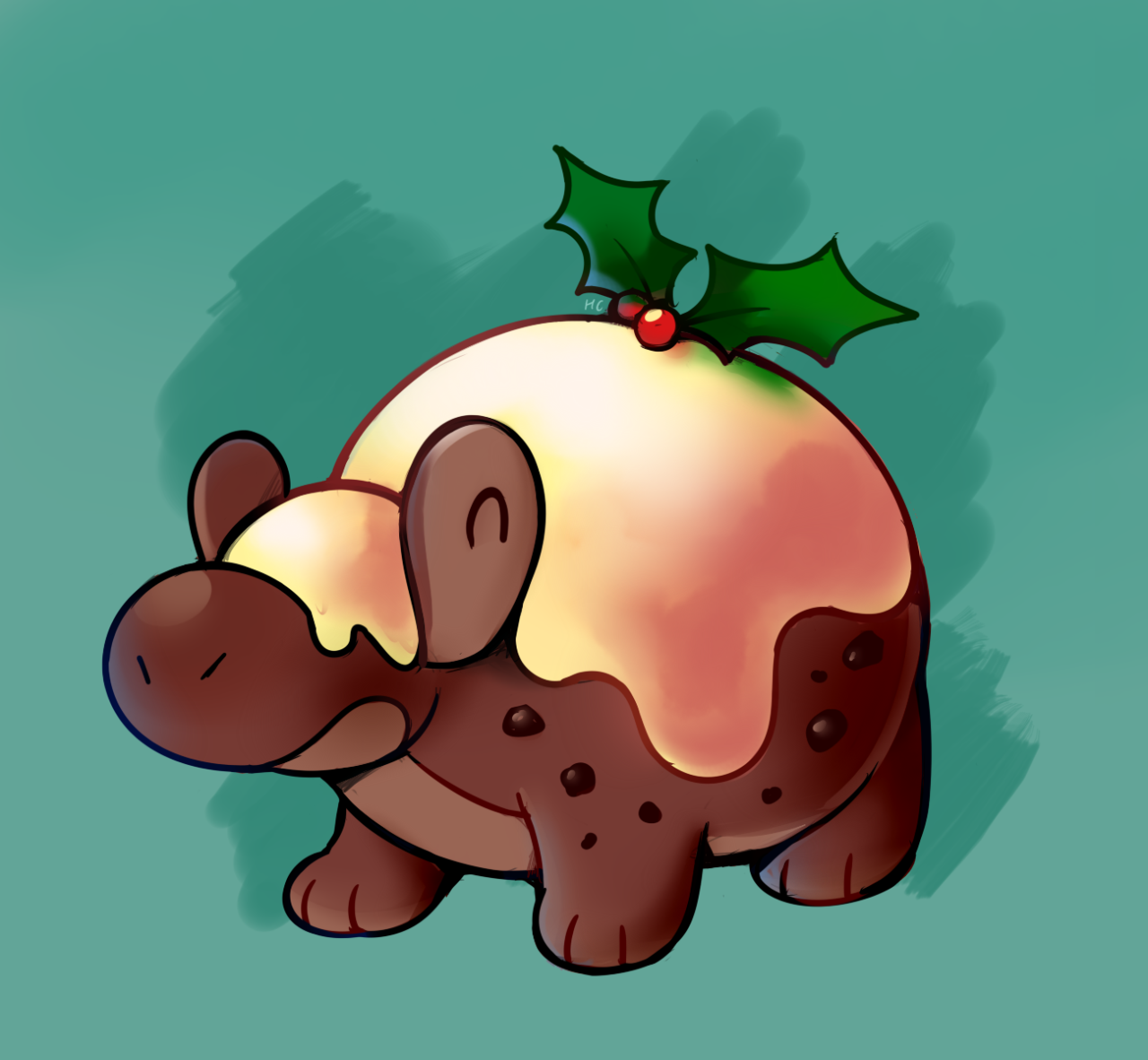 I hope everyone has a nice Christmas tomorrow! Here’s a figgy pudding appletun for you to look at.

one thing I’ve been wondering about a lot recently is whether the incorrect stereotype of high Si users and especially STJs being stuck in the mud and not changing their minds ever is because the people trying to change their minds kept providing arguments entirely devoid of any actual evidence, and all of the SJs were like “seems fake but okay” but the STJs in particular said “you’re full of shit” whereas the SFJs were able to tactfully change the subject

I mean, if it’s any evidence of not wanting to change their mind, replies to the post were turned off ??

In my experience, having multiple xSxJs in my family and being an INTP to top it off, it’s not entirely inaccurate. I think that it depends on how developed the Si user is, but a quality you find in them is definitely resilience. They can withstand almost anything because they are so grounded with what they know/believe. This is a really admirable quality from my perspective, as someone who has a difficult time not being swayed by any vaguely promising lead. Though, I do think that it can become a self-defense mechanism, shutting down or changing course when the plan is not as expected or demands vulnerability that they were not prepared for. And that’s not to say one of my flaws as an xNTP isn’t pushing limits when I probably shouldn’t. These personalities have a hard time mixing, especially when unhealthy.

you know I’ve gone back and forth on whether to reply to this but this is exactly the thing I was thinking of. I don’t have replies disabled, but rather limited only to people who have followed me for a week, which significantly cuts down on spam. It also makes things easier for me as this is a sideblog and so if I want to respond to a reply I need to be on my laptop rather than my phone. And as your ability to reblog and post this demonstrates, it doesn’t even make it hard to respond to me (I also have an entirely open inbox with the option to ask questions anonymously, should someone not wish to put their response on their own blog or even not put their own name to it).

-inaccurate, or at least incomplete (replies are disabled for you, but not disabled overall, and a quick check of the notes on my blog would probably show that I do have replies on for at least some people)

-not logically consistent (while reblogs cannot be disabled, the askbox can but is not)

and notably, all three of those issues could have been resolved and corrected with at most a few minutes of checking blog archives.

Now, I get that this is Tumblr, and you’re just reading the MBTI tag and casually responding, and probably did not consider this something to research. However, if someone in the real world presented to me an argument that was inaccurate, incomplete, insufficiently researched, and based on personal interpretations for which there is no hard evidence…yeah, I’m not going to change my mind because that’s a terrible argument, and I suspect that some of these people do not realize the invalidity of their own argument and assume SJs are just being stubborn instead of thinking through the presented argument and saying “this doesn’t actually hold up as evidence so I have no reason to change my mind based on it.”

one thing I’ve been wondering about a lot recently is whether the incorrect stereotype of high Si users and especially STJs being stuck in the mud and not changing their minds ever is because the people trying to change their minds kept providing arguments entirely devoid of any actual evidence, and all of the SJs were like “seems fake but okay” but the STJs in particular said “you’re full of shit” whereas the SFJs were able to tactfully change the subject

Any advice for each function on how to be more reasonable?

I think in general the advice on how to be more of a good quality tends to converge for people regardless of type, but as for some things people could specifically work on:

The SJs: everyone’s going to think this is be more flexible or something but as established in a recent post the issue isn’t lack of flexibility; it’s a stereotype borne of people who expect you to change for stupid reasons, and a refusal to change for good reasons is just bad behavior in humans. So the advice is: tell people why you’re not changing or what you need when they’re trying to get you to change, instead of assuming they’re dumb and don’t get it. You may be pleasantly surprised.

The NJs: I don’t want to say “lower your expectations” but at least prepare for alternative outcomes. It’s admirable to have a clear vision but less admirable to deny the realities of the situation.

The SPs: think long-term sometimes. There was a very cheesy post saying “foresight is just self-care for your future self” and like, thanks hallmark card but also there’s a point in there. If you want to continue enjoying yourself and living life to the fullest you have to make a sustainable life.

The NPs: start small. I think having lots of ideas is great, but if none of them ever come to fruition or even get started it is less great. Get in the habit of generating smaller ideas and seeing the project through instead of skipping ahead to the big one.

The TJs: plan time for wasting time OR set expectations. You will be much happier if you just budget that this group of friends will always be half an hour late, or if you say “we are leaving at 5 pm sharp and will leave without you”, and also reserve some days when you actively have nothing or very little planned so you can be flexible. Planned spontaneity is not an oxymoron.

The FJs: listen to what people want and not what you think they want. Life is a rich tapestry and people have weird emotional reactions to things, so don’t make assumptions.

The TPs: You will be much happier and much more reasonable if you accept that many things in life make little logical sense, but are relatively harmless and while it’s fine to argue against them, doing so after actually carrying out your responsibilities, illogical as they may be, will make you a. much more credible and b. in the good graces of those you are trying to convince.

The FPs: I’m with you on hypocrisy, actually, and think that’s one of the greatest qualities of Fi users, but do remember that hypocrisy is time-dependent. We’ve all made mistakes; the important thing to consider is whether someone is still making the mistakes. If they fucked up in the past and have changed that’s not hypocrisy; that’s self-improvement.