The monster in my closet: raswwwwhggggraaww

Well, we got our house back! And we got back at the dwarves, too! We ain’t pressing charges on them for the sinkhole that sunk our house, no sir! Our idea was better! When they all went home with Friday’s haul of rubies, we carefully lifted up our house as far up as possible from the hole using the scissor lifts used to get the miners up and down that they left at the site overnight (seems like a good time to call OSHA, but I don’t think they care about Toontown!). After we got done with that, we dug a little farther than the dwarves, and hit a flood of rubies the size of a toon’s snoot! And we directed the flow towards the hole. Once the pile of rubies was big enough, we backed the lifts away, and let the pile lift up our house to it’s good old place on the aboveground, and then covered up the hill of gems, and the pile beneath the ground with dirt. The work took all weekend to do, between digging the rubies and digging ourselves out. The stones was under the ground, the Dwarves hadn’t found em yet, so it was ours to claim, which means that much less for them, cause of all the trouble they caused us! And now our house is on a big pile of bling enough to make Scrooge McDuck envious! -Smartass

She wasn’t like the others. What stood out was her beauty, she wasn’t beautiful by toon standards per se, but she was beautiful to him. Her long hair, that warm look in her eyes and of course he wasn’t forgetting her other assets.

While she certainly wasn’t the latter, he had a hard time believing she was the former. She was humanoid. A thing that was new and all the rage. A few years ago jobs would be far and in between for a humanoid but these days? Surely there was a market for it and especially for her, who was created to appeal to as many humans as possible.

She sat alone, not bothering others and not being bothered herself. He could take a guess why. Anything that reminded the usual crowd in the bar of humans would be ignored at best. Even though it wasn’t their fault they were created that way.

He felt sympathy for those like him. It wasn’t like humans were the most upstanding creatures, taking what they need, severely underpaying and then leaving to rot when the toons were no longer interesting or important. He himself didn’t know that much about humans, he left that job to the Boss who always seemed busy with something and at least seemed to be the most knowledgable. So all his assumptions were based on guesses and what he picked up from their leader if he bothered to listen.

His free evenings were spend trying to find someone. On the outside it seemed like he was nothing but a horndog, always looking for someone to bed. On the inside though he just craved validation and intimacy, but that is not something for someone like him. Toons pass on weasels, there were just too much rumors surrounding them. Some true. Most made up. Hell, even most weasels pass on weasels, how’s that for irony.

So he sat there, looking at her. Knowing they had so much in common. Since the place was barely lit she probably wouldn’t notice him unless he made a move. But she looked peaceful and happy.

And maybe she was here for that very reason, to be peaceful and happy. Because while he was shunned and mostly attracted dirty looks from humans, she was probably the opposite. Humans would likely gawk at her and reduce her to an object of desire. And that’s how rumors start..

Perhaps that’s why she choose this place, one of the few places who didn’t care about baseless rumors and gossip. A place she knew she would be left alone.

He made a promise to himself, that one night, he would approach her.

But not tonight, for tonight was a night for kindred spirits, even though he was the only one who knew that.

And that was something he held onto. That there were more creatures like him, trying to navigate in a world that was so against them, that moments like this, peaceful and quiet, felt like winning the lottery.

[[ I hope this okay ; A ; Because your request didn’t say speak or interact, I challenged myself and have him not talk to her at all while still writing something down.]] 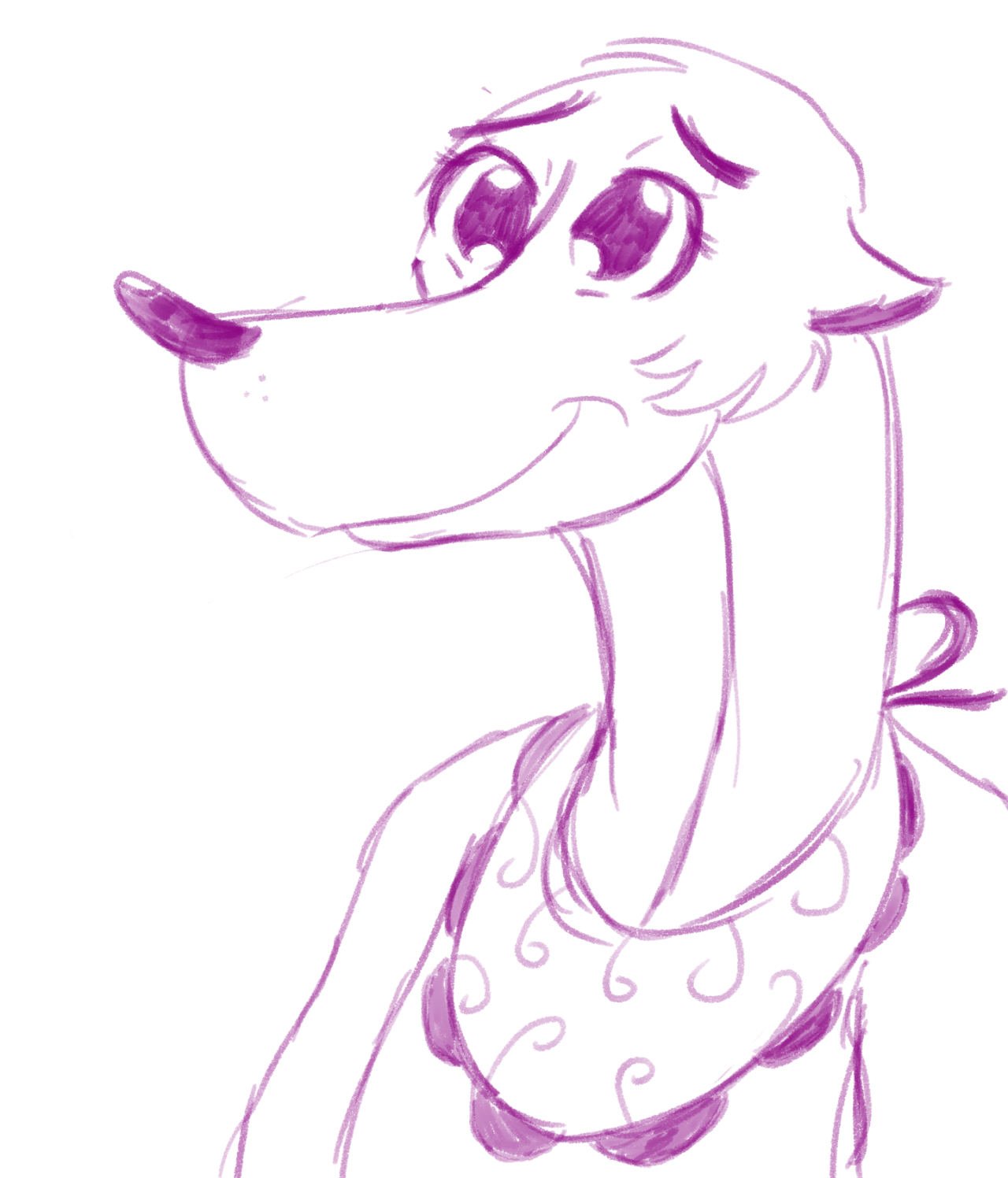 Baby Boss as an apology for the rant on Cats and that Wheezy comic. 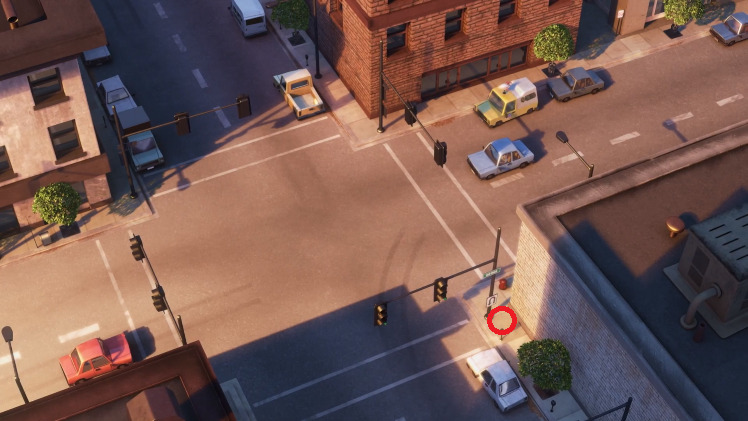 A trope I live for is when there’s a failure montage (someone tries something a dozen times, possibly hurting themselves in the process), broken up with one shot of the person just sitting and staring into the distance quietly, before jumping back into the montage.

last summer I saw a giant moth who had fallen into a water trough, and I gently lifted her out so she could dry her wings and fly away. This was an act of great foresight on my part, since I know that one day, when I am in grave danger and all hope is fading…she will appear, and remember me from long ago, and lift me out of the water trough that I have fallen into. I’m telling you, this moth was huge

Here a drawing I did of psycho the weasel from wfrr, one of my favorite characters.

I did this drawing during class which was gud I guess, gotta post more art soon once I finish finals cause dang-

The really funny thing is that if you pay attention a lot of the time there are like, little things you can recognize. Like when you’re familiar with a voice actor you can Tell it’s them. Sometimes I hear a character talk and I’m just

Fav thing is people being surprised by different characters a voice actor has played. “These all sound different omg” yeah that’s the voice acting that’s his job 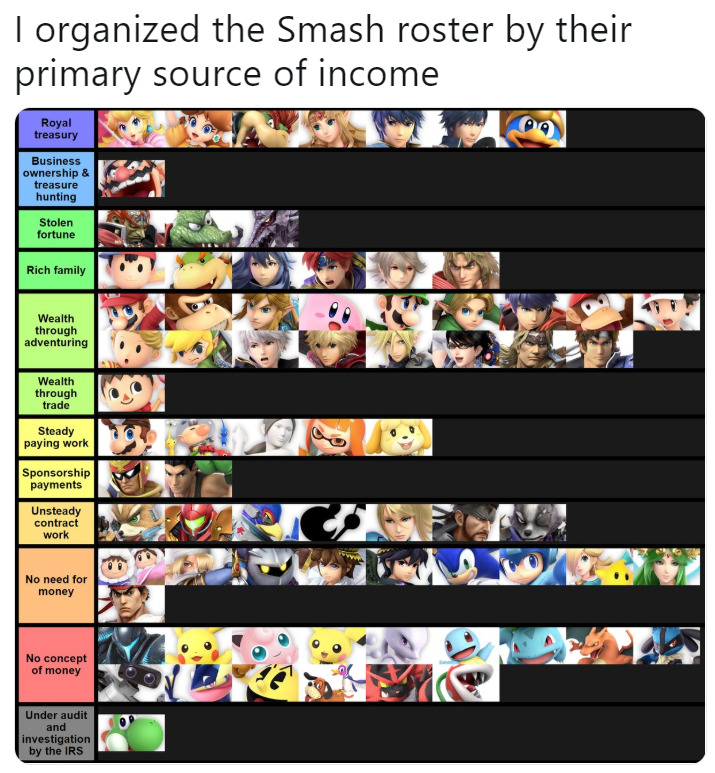 What would the weasels look like if they fused?

They look more gentle than I thought they would.  What a fantastic ask!

Absolutely love Slimey, He’s one of my faves but every time I see his concept art I think of this:

Of course he’s wearing those. -Wheezy

Beaks: In the Cloud.

I don’t even know what to say. Their stupidity knows no bounds.

launchpad is gonna kill the CEO of racism