Just some impressions from the making of Fury Road to remind you that they used as less CGI as possible. Thank you George ♥

The best part is that, from my understanding, there were quite a few scenes where George Miller said “No this is too dangerous we’ll do this in post” and the rest of the crew was like “NO LETS DO IT NOW WE CAN DO IT”

literally they hired cirque du soleil acrobats to get the aerial stunts right. 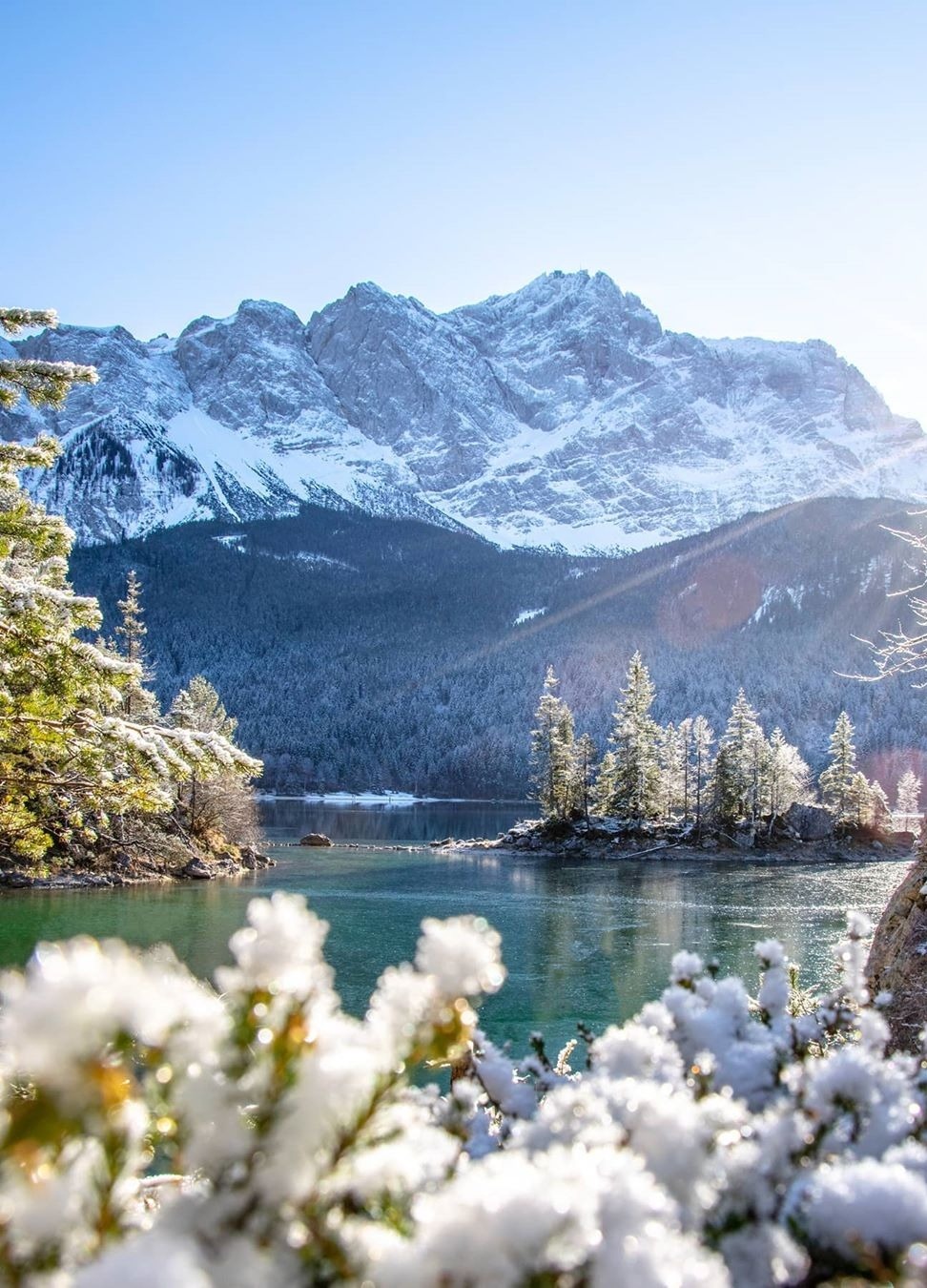 I did not expect this to be my legacy but here we are.

Caleb having books strapped to his tights like some kind of Black Widow-librarian is canon and I think that’s beautiful. 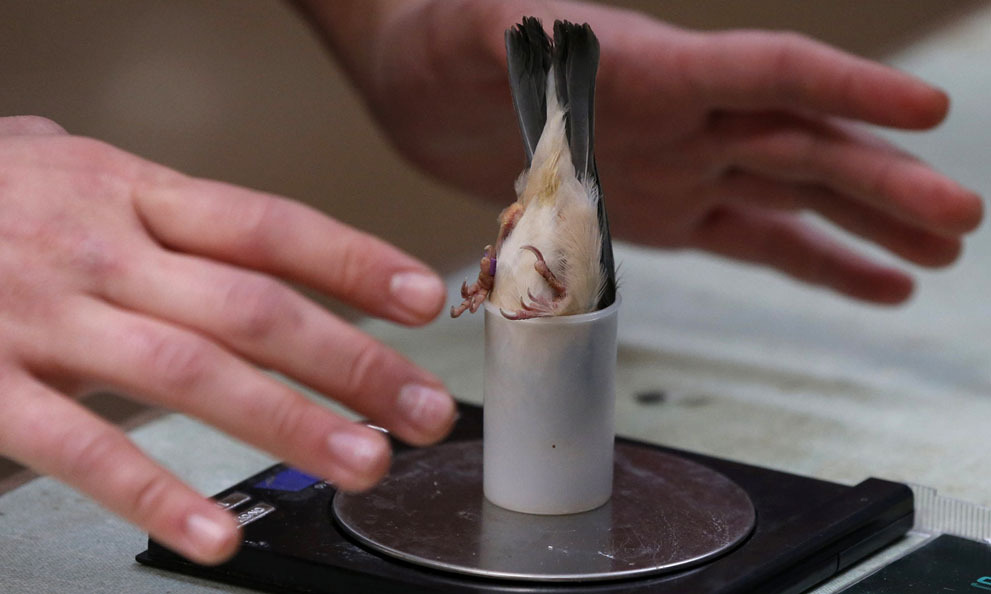 APPARENTLY THIS IS HOW ZOOLOGISTS WEIGH TINY BIRDS

this really needed to be on this blog

#[muffled ‘THIS IS HORRIBLY UNDIGNIFIED I DEMAND A LAWYER’] 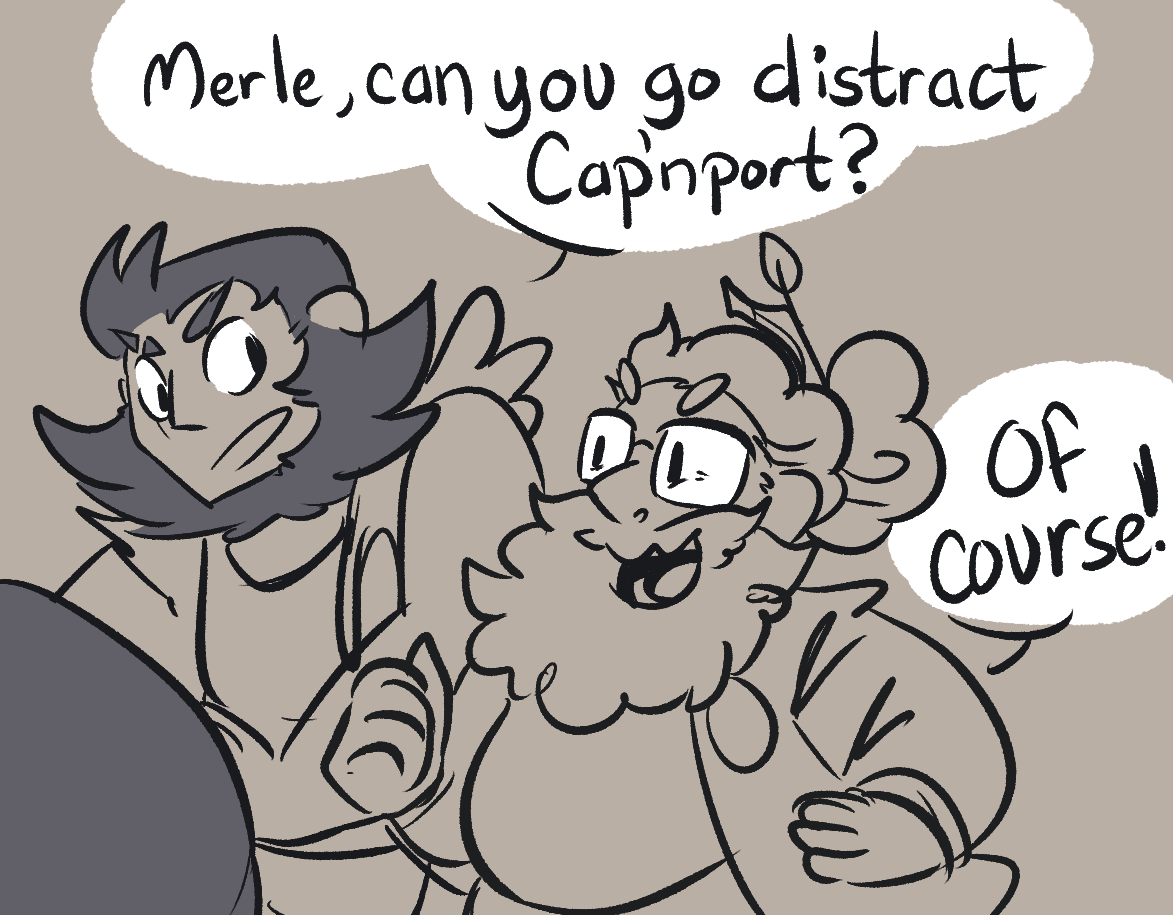 The hennin was a popular 15th century hat much like that of a traditional Turkish fez. First appearing in France about 1428, it consisted of a cap of a stiffened fabric covered with a rich material with a cone or cylindrical construction over the top. It was worn on a 45 degree angle at the back of the head entirely concealing the hair which was drawn back off the forehead and covered by the hennin. Steeple hennins (1440-1490), were very rarely worn in England, although extremely popular in Europe. In Italy, some steeple hennins reached an astonishing half an ell high- 45 inches or ¾ of a metre from base to tip. Butterfly hennins (later 15th c) became more fashionable and supplanted the steeple hennin. The fabric under-cap with the wide black fold-back front which was worn underneath the hennin previously was abandoned in favour of very thin supporting straps which pass under the ears of the wearer. In an extremely short period of time another decorative feature made an appearance- two silver wires attached to the front of the hennin like a butterfly’s feelers and supported the veil in new and interesting ways. The heart-shaped headdress combined two of the medieval woman’s favoured headdress elements to make a new style of headdress the earlier caul or coif, and the padded roll. The top of the padded roll extended heavenwards, the middle of the roll descended into a V at the centre of the forehead making a heart shape when viewed from the front, hence the name. The horned headdress consisted of cones or which projected out at roughly a 45 degree angle and were wired up to resemble horns from which a pendant veil curtained the back of the head. The hair was completely concealed as decorum dictated. Starched white veils would then be attached to the headpiece using pins. It was worn from 1410 to 1420, but rarely to 1460. [x] [x] We were nostalgic for a time that wasn’t yet over.
― Nina LaCour, We Are Okay 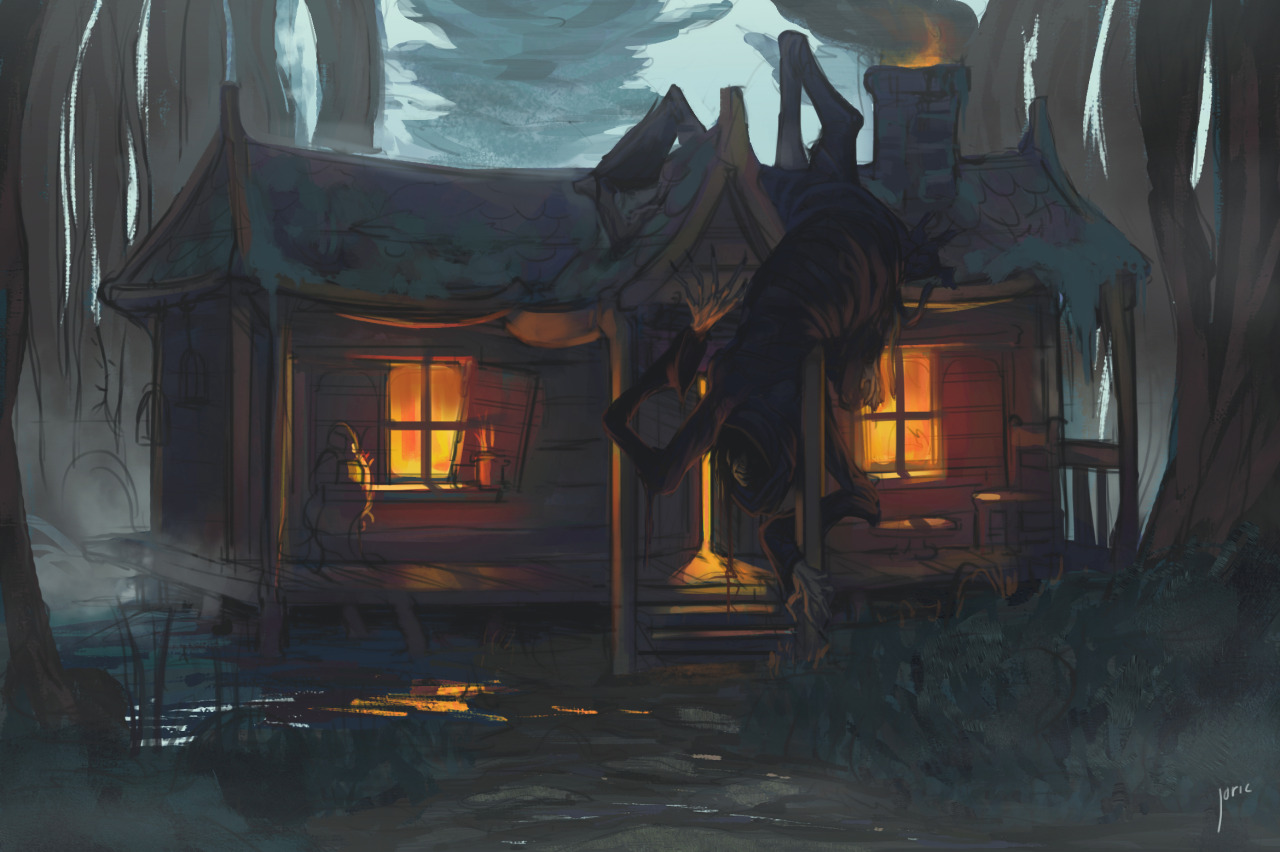 Go, tell her everything you’ve ever wanted 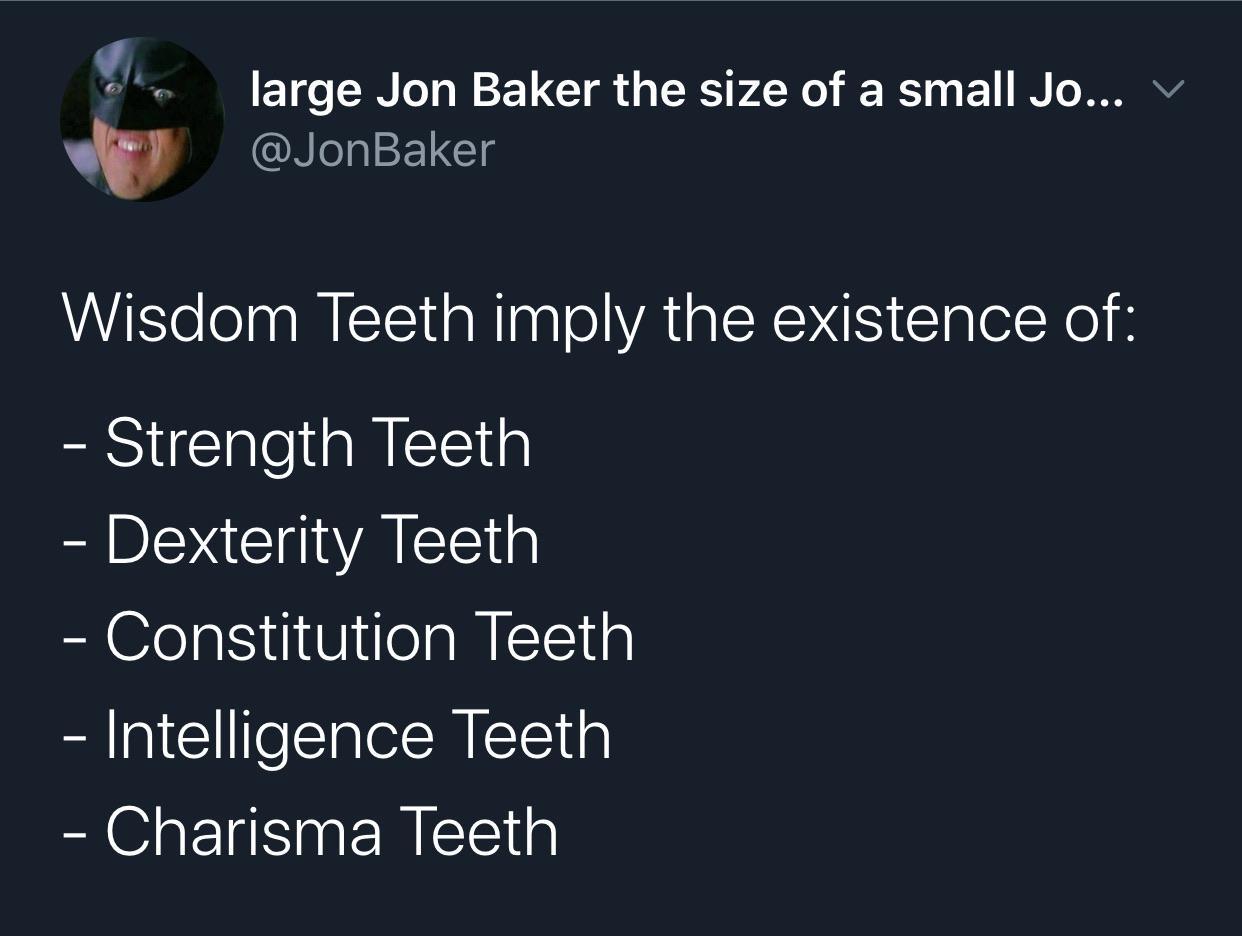 Canines are the charisma teeth buy my silence

mikkeneko
5 ways to be a grown-up

6. Sometimes you think that Charlotte Lucas and also the mothers of the teenagers you teach calculus and grammar all had the right idea, and it was to marry men who could afford to replace laptops that shorted out when you tried to blog in the bathtub and knocked your tech into the water after an entire bottle of $8 rosé. You will regret this entire night in the morning but tonight you have a book to finish and also a cell phone and also you’re drunk so fuck it right? You’re not Charlotte Lucas. You’re not Lydia Bennett. It’s 2020 and you’ll figure it out, somehow, in the morning. 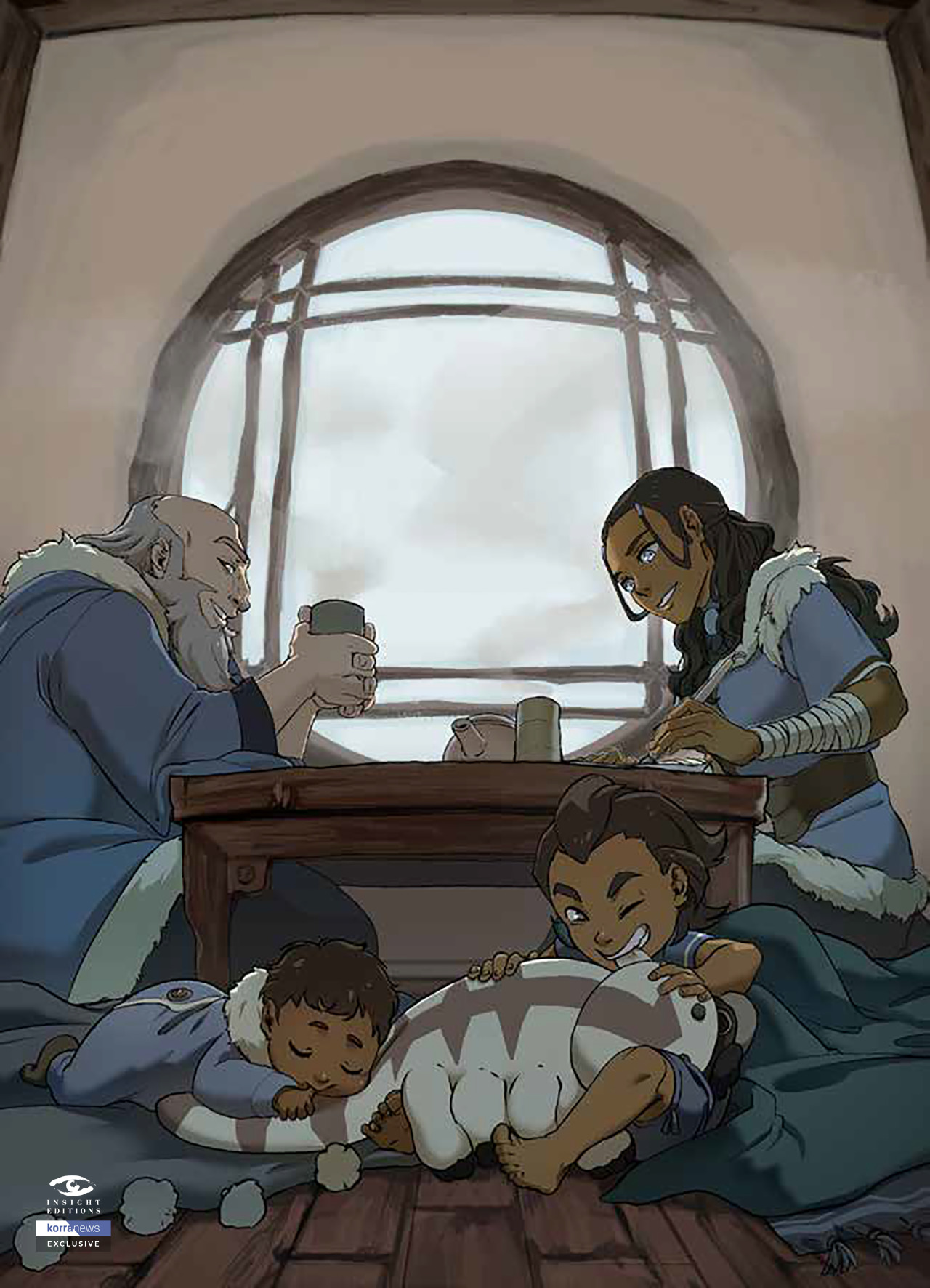 Katara and Iroh share tea while a young Bumi and Kya play, from Avatar The Last Airbender: Legacy of the Fire Nation.

You can free the victim in the mirror forever. 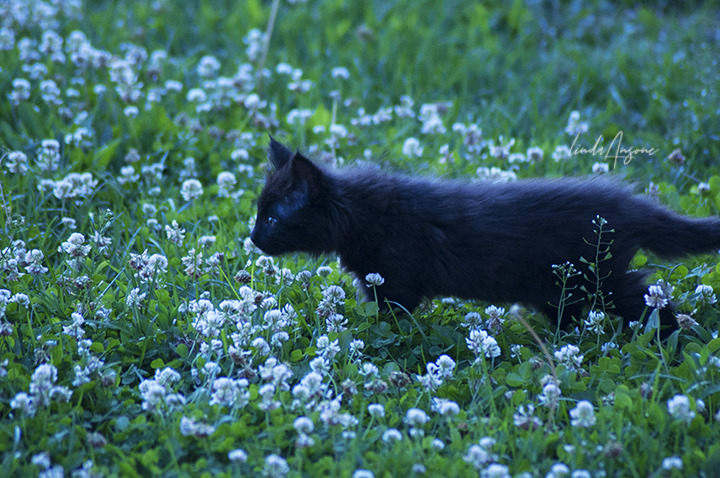 can’t wait for the final boss battle of duolingo when you fight the 50 foot owl armed with nothing but your wits, a sword, and your shaky grasp of verb conjugations

True to form, I actually messed up the verb conjugation when I first put the words on this. XD 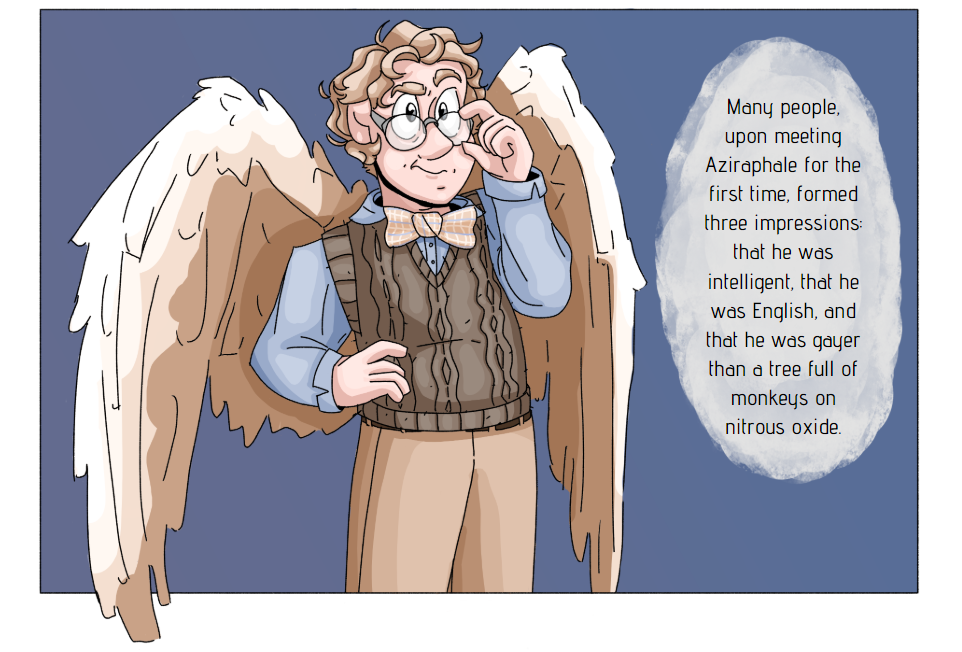 For day one of Book Omens Week, here’s Aziraphale!

When reading the book, he strikes me as much more disheveled and vaguely threatening than Michael Sheen’s portrayal. Like a very scary librarian who stays up until two in the morning purely off the energy of coffee and sheer stubbornness, and who also so happens to be an eldritch abomination that will make you disappear without a trace if you dog-ear his pages.

TV!Aziraphale comes across as much more sweet than Book!Aziraphale, in all honestly.

cats go apeshit for fleece, even when it’s still on the sheep.

Imagine going to school, and this new kid gets brought in by the cops, and is funny, has poorly received banter with the teacher, argues with said teacher about historical accuracy during a pop quiz, floors a kid without laying a hand on him, consequently gets pulled into the rector’s office with both his weird parents, they then throw a dance party which gets broken up because some little besom grassed, they leave never to be seen again. Then a few months later you find out that was the Avatar.

‘that explains a lot honestly’