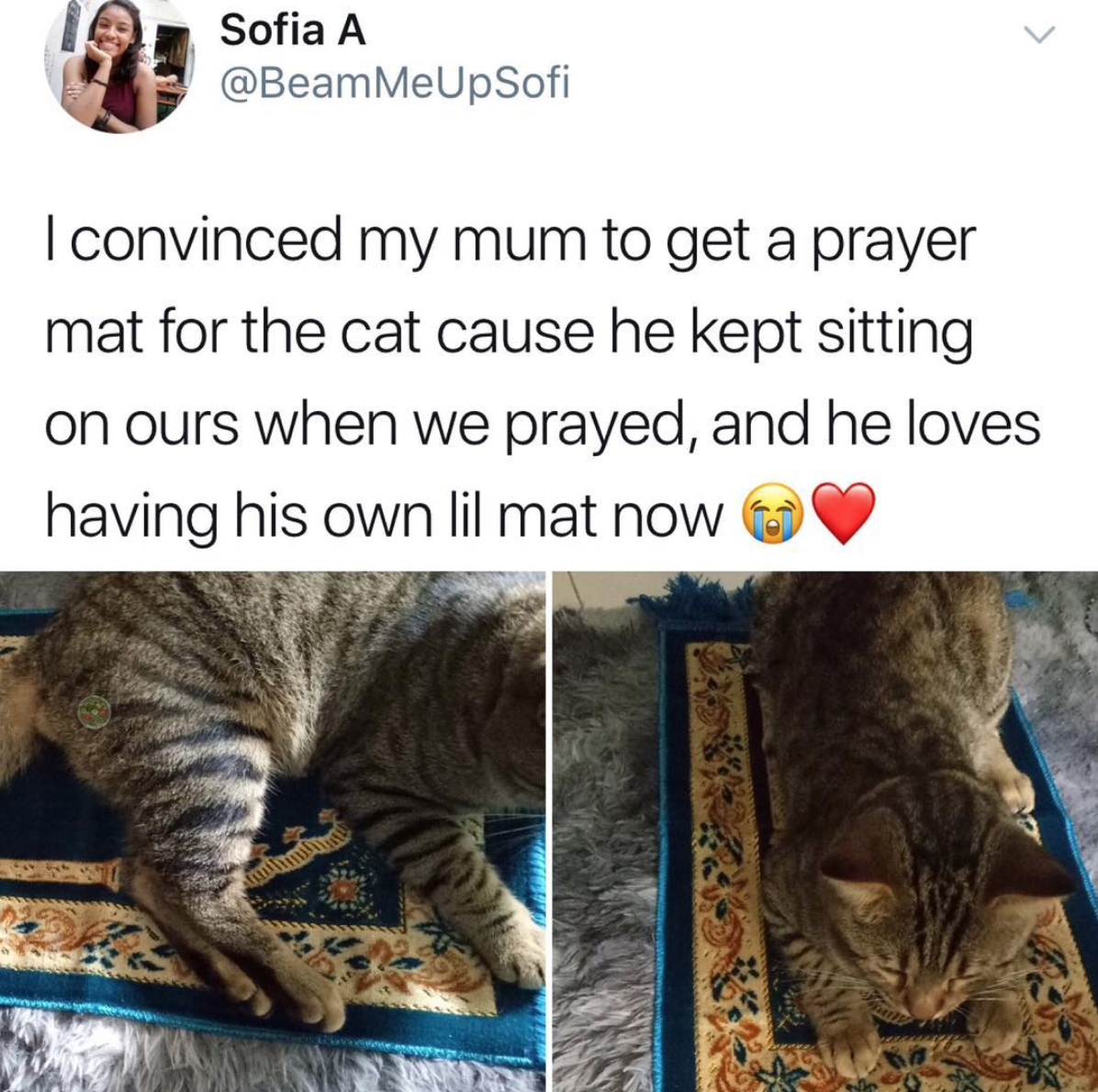 After this week, this gives me faith

he’s mirroring! cats do that to be social that’s also why they will lie on laptops or books. they want to do what their humans are doing because they enjoy being in the same room and socializing that way. getting him his own prayer mat was a really good idea bc now he gets to mirror without being in the way!

The other thing is that cats have a very good sense of time and tend to like regular schedules. If OP’s family members pray every day at the same times, in the same place, the cat knows the drill and probably considers this an official Household Activity which requires Feline Supervision. 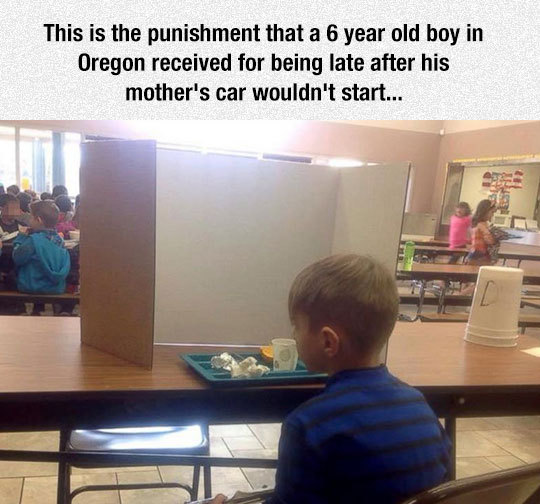 Someone Should Talk To This Principal

My school used to do this

Our school used to ask children who were late questions about maths, but those that they can’t answer yet. And then they made kids write down that they don’t know math. My 11yo classmate (who was always great at math) was crying after this.

I remember this one music teacher who, for some reason, REALLY fucking hated autistic kids. I would know, because everyone in my weird therapy group was targeted while everyone else was ignored.

I saw her physically drag a kid out and threaten to get him suspended because he was to scared to dance solo in front of his peers.

There was also “lunch detention,” and they didn’t fuck around with that. They didn’t isolate the students like that, they fucking shoved them in a separate room and forbade them from sitting together or talking. They slowly brought in several teachers and eventually the principal, and they all, one by one, told us that we were horrible, reprehensible people who would never be successful.

And you wanna know HOW you got lunch detention? Not finishing your work on time, even if it was a one-time thing.

It may not be child abuse but honestly, some of this shit is fucking insane and harmful to the students than it is helpful.

Emotional Abuse is a thing

Of course a narcissist like this wouldnt understand, poor wife/husband. 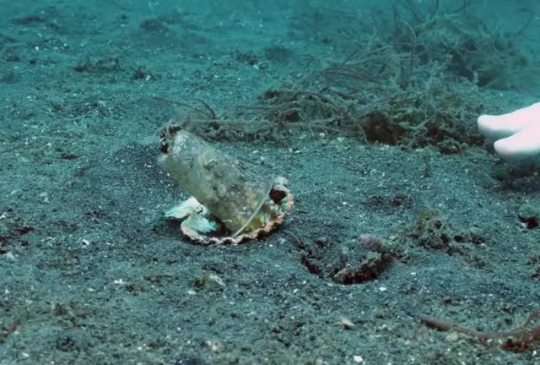 Diver convince octopus to trade his plastic cup for a seashell

“Ask the little brat if he’d rather have rubbing alcohol poured on it and sealed up with superglue instead.”

Did a fucking mlp furry rly try to justify that? Like we are all laughing over “that’s cringe” and you go off and say that shit with an accompanying picture of what I can only guess is your fursona

Of course you hover over their blog and its just tits out anime girls.

— Yves Olade, “Self Portrait as a Hairpin Turn”

it is always incredible to me how some people can arrange so few words - words i have read a million times - into a new sequence that absolute guts you. i never saw any of those words as anything until you weaponised them

Brexit is backfiring on the racists who supported it?? How could anyone possibly have seen that coming?

Wait so European countries get to demand their stolen stuff back from the British Museum????

tiktoks when u turn the sound off be like 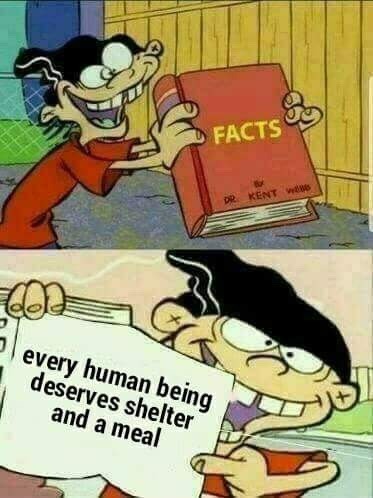 No. You dont pay people to exist for the same reason you dont feed the bears.

Yeah man if I give the 50 year old lady at my bus stop some spare change for fare and a meal she’ll lose interest in foraging for desiccated salmon carcasses and lose her natural fear of people. Next thing you know she’s in the suburbs, running around on all fours trying to eat a corgi hey!!!! i forgot! grandma wanted me to tell you she’s making stew tonight!!!!! 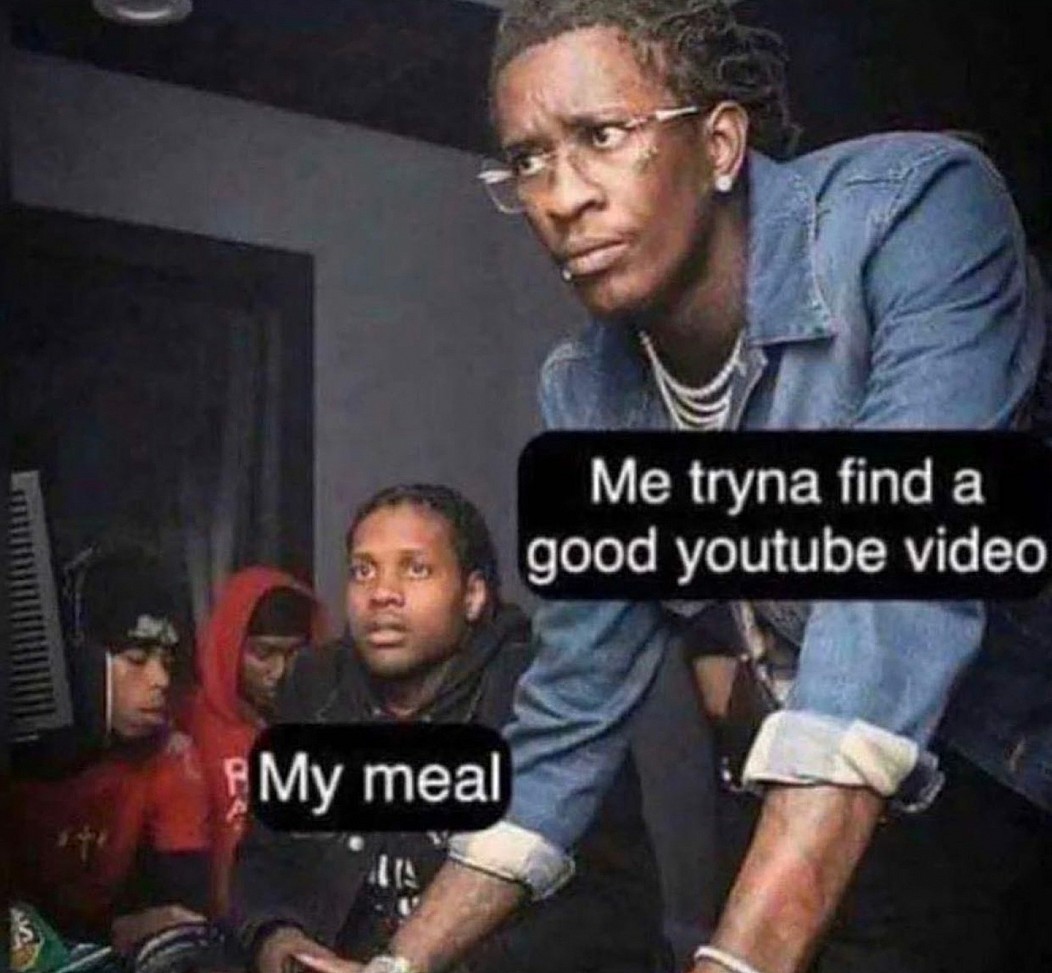 why is the sims so addictive but only for a short amount of time??? like all u do is play the sims u don’t sleep u don’t eat it’s like you’re on drugs for around two days and then forget about it for the next whole year 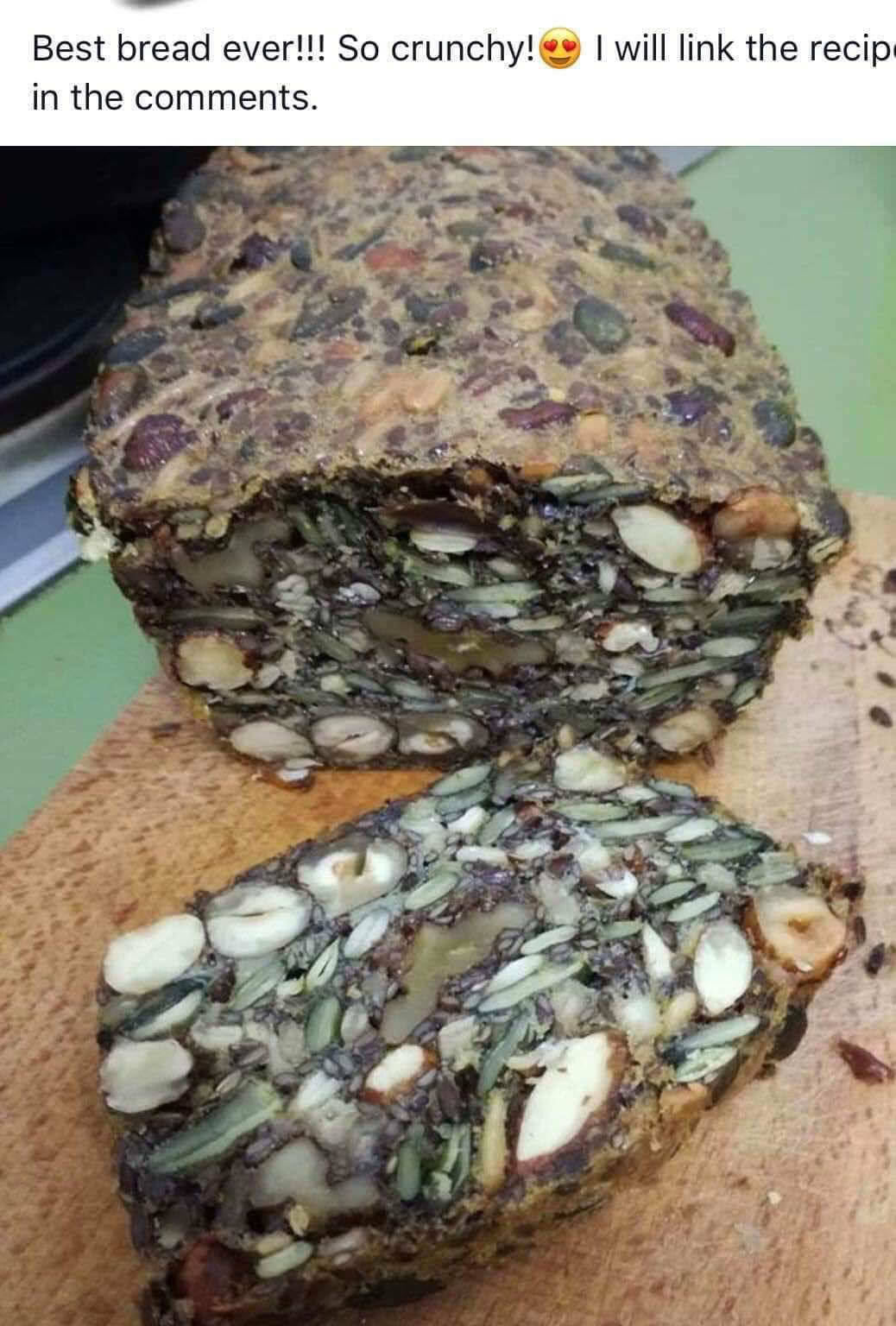 Bitch i thought that was rocks!

thats not bread that’s a core sample from a beach

they built the Great Wall with that

This was thrown at Stonewall

Cain killed his brother with this

David struck down Goliath with a chunk of this bad boy

This comparison is wild, but where’s the lie 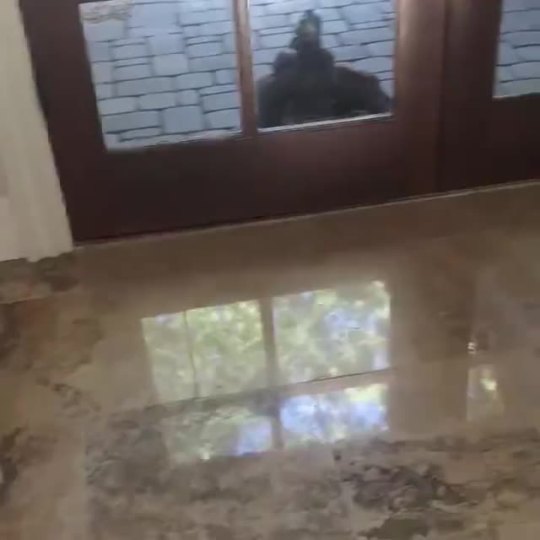 you must of fucked up real bad, bud

That bird is ready to sqaure THE FUCK up