Here's your chance to gush about your favorite regency husband: what are your top 10 favorite things about Ernest?

Kato, you are the BEST! Thank you for this ask.

So ten things? Hmmm. Can I summarise it with Hufflepuff? ;)

Ahhh fine. I guess I’ll have to gush, then. XD

1. Ernest gives to everyone, even to people who don’t deserve it

Whether to “women of ill repute”, servants or anyone else, Ernest gives.

He gives those women food, clothes- and for some- a better life.

He gives his servants food (as in grouse) and personally delivered a letter for his steward like an errand boy, just because he was passing by the area.

And the most amazing part? Even after everything his wife did to him, he still took her in when Mr. Richards turned her away. It is just so amazing and shows what an amazing person he is.

2. He respects MC and will never force himself on her

Can we talk about how much he loves MC? Ernest respects her so much. For example, when her shoe fell in that diamond scene in the lake, Ernest looked away. That is basically the equivalent of undressing, and he looked away. Can you think of anyone today who would do the same?

He tells MC in that cuddle scene that no matter if she’s ready or not, it’s okay. Nothing she does will ever disappoint him, and I just love that. It truly shows how much he cares for her, and I love it so much.

3. He doesn’t like violence, but will use it when necessary

Ernest isn’t the type to rush blindly into the fray. He hates killing, but will do so when necessary. I realized that mostly from his diamond scene in the hunt in book 2. Ernest says he doesn’t like shooting grouse, but he does do that sometimes, when he has to.

You can also see how in Book 1 he threatens to harm Mr. Richards if he dares to lay a hand on MC again, and in Book 2 (if you romance him)- the duel. In both of these times he basically says “Enough is enough”, but in the first time, for example, he only threatens to harm, instead of hurting Mr. Richards immediately.

4. He never looks down on anyone

In the Regency era, in order to be acknowledged you needed to be a wealthy, white, straight male. Anything other than that and you were basically worthless.

But Ernest’s best friend, as it looks like it, is Mr. Chambers, a gay male. Ernest doesn’t pay any attention to his sexuality, and never treats him any differently because of that.

In another instance (again to Ernest romancers), if Ernest heads for the duel, he chooses Mr. Harper as his second when there’s literally a prince in the same room. As he says, “I trust you with my life”. He sees Mr. Harper as an equal he can always trust, even when Mr. Harper is “just” a servant.

Not to mention his servants, whom he gives so much to, or the “women of ill repute”. If he looked down on them he would never give them as much as he does. Instead he would say that they don’t deserve his kindness, and we know he never does that.

5. He always sees the good in people, yet knows who doesn’t deserve it

Ernest always sees the good in people who deserve it. The poor “women of ill repute” and his servants really show that, though you can see it in other cases.

That is what made him open up to MC in the first place. The fact he realized that even if she was a gold digger, no-one deserved Mr. Richards.

In so many instances he showed that. Among them I can think of the bridge scene in Book 1 and one line in Book 2. Only someone who sees the good in people can say that.

Yet even with that, Ernest knows who doesn’t deserve his kindness. After Mr. Richards betrayed him, Ernest doesn’t waste his time in a useless attempt to see the good in him. On the contrary: he’s one of the first people to warn MC about him.

6. He teases MC and has no problem making fun of himself

Throughout the books Ernest and MC constantly tease each other, and I love it. That was one of the first things that won me over about him.

Ernest will always do good, even if he’s hurt from it. You really see that in Book 1 with the “women of ill repute” he helps, even when it hurts his own reputation.

8. He does good, just because

Ernest doesn’t look for any credit for the amazing things he does. He does them just because, and would even hide them just in order for them to be as pure as possible. Can I just say how amazing that is?

Ernest is very gentle with MC. This does connect to the never-forces-himself thing, but I find that so attractive. I will always prefer a sweet, gentle line over a dark and heedy look, or a kind and gentle kiss over a passionate one. They’re both great, and the fact that Ernest can also be gentle, at least at first, means so much to me. It really shows how much he loves her.

10. He’s not ashamed to act childish

So many times Ernest acts childish with MC. When he meets her in Grovershire, in the lake… yes, she brings out that side of him, but he doesn’t ever try to hide it.

Obviously there are more, but these are the main things. =) 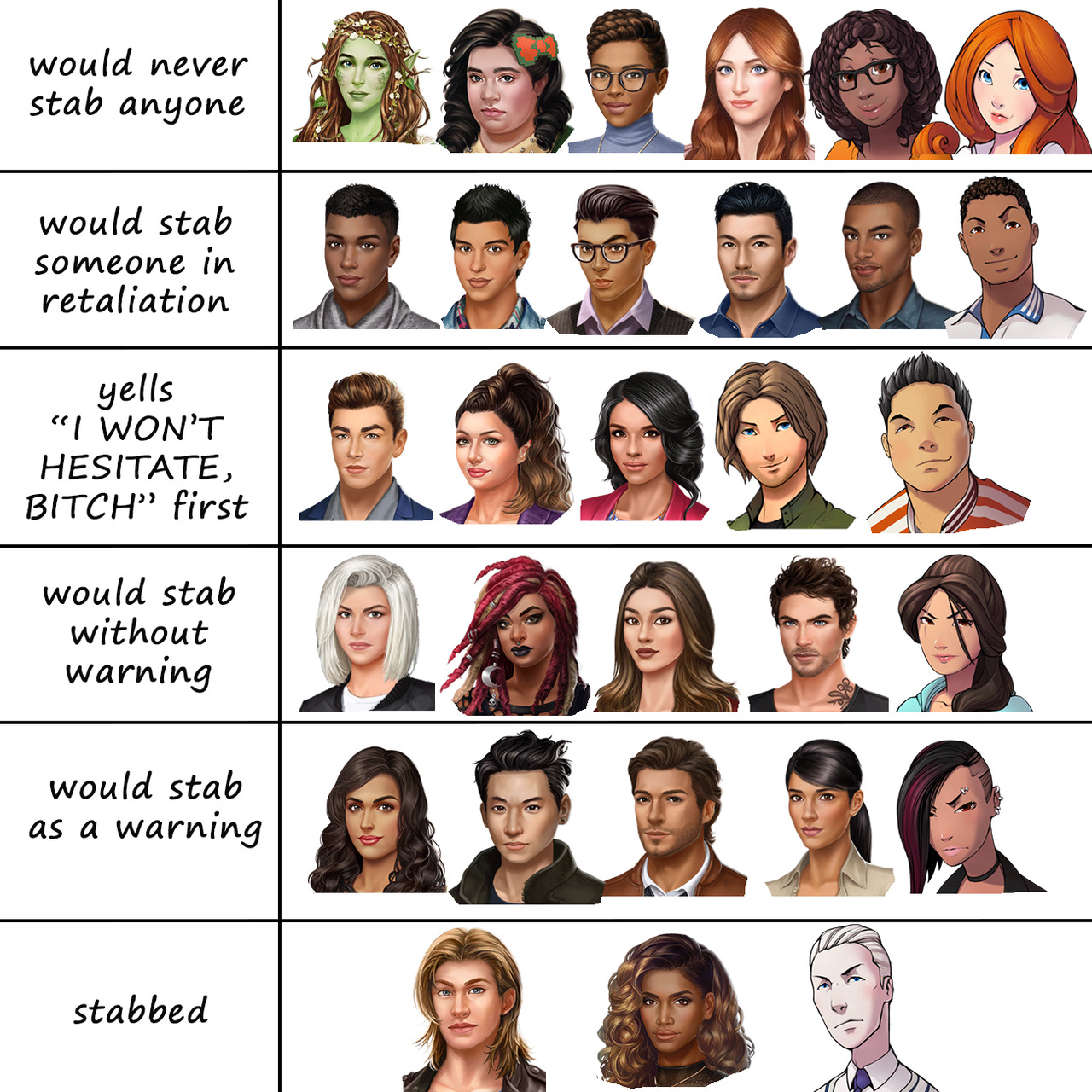 i did a thing with some dead books and i regret everything, rip

MC: I love you

Syphax: I’ve been in love with you since the moment I saw you, I’ll do anything for you, you’re my dream come true 💞💕💕😘

Sabina: awww I love u too bby, you’re everything I want, I want to travel the world with you 🥰😚😚❤️

Cassius: omg I’m so glad you love me back, MC. You’re the Venus herself, let’s spend this life together 💋💖💖😍😍

Do y'all ever get sad but then remember

Antony is thicc and I stan. 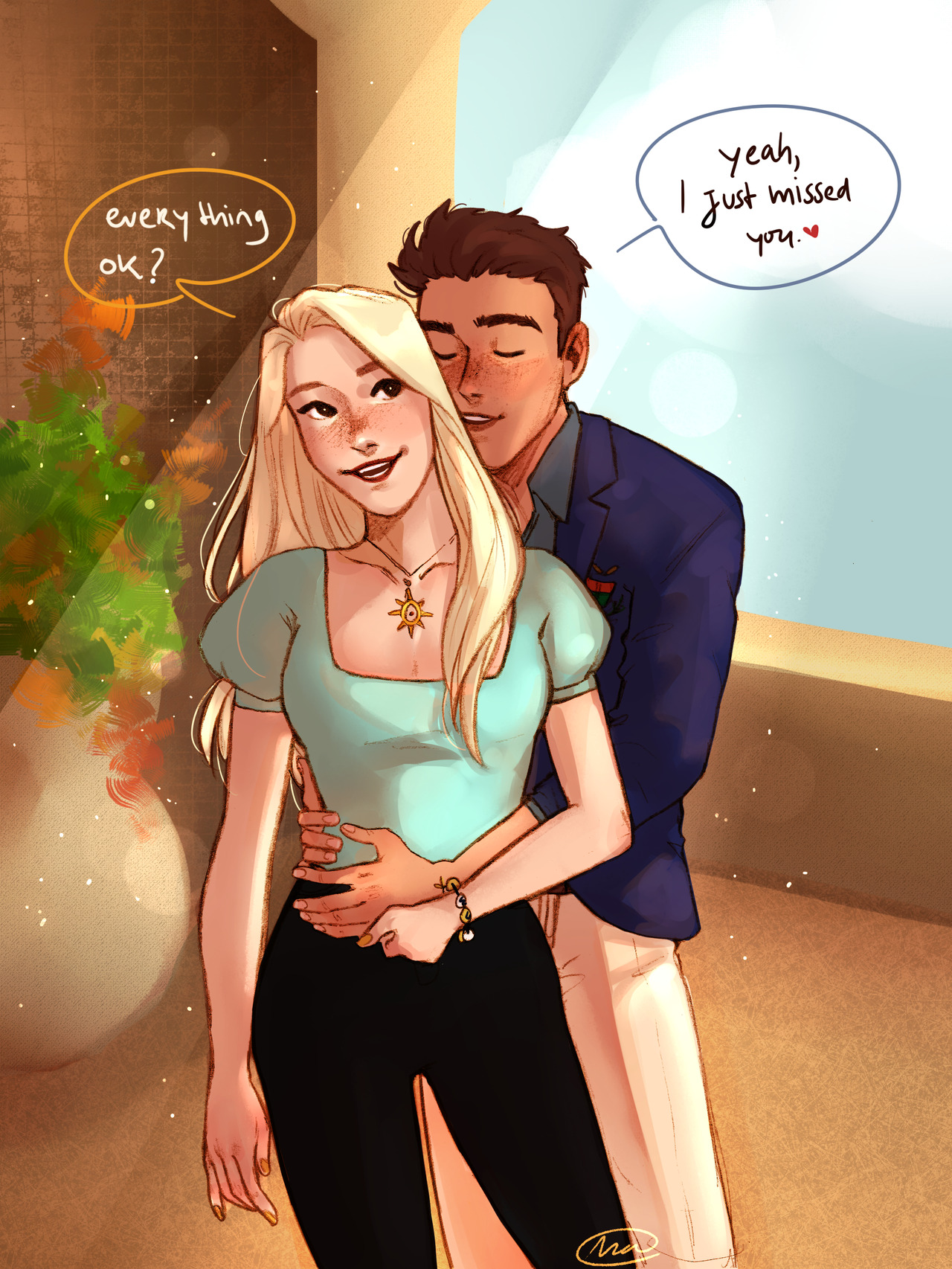 beckett is a clingy bf 💘 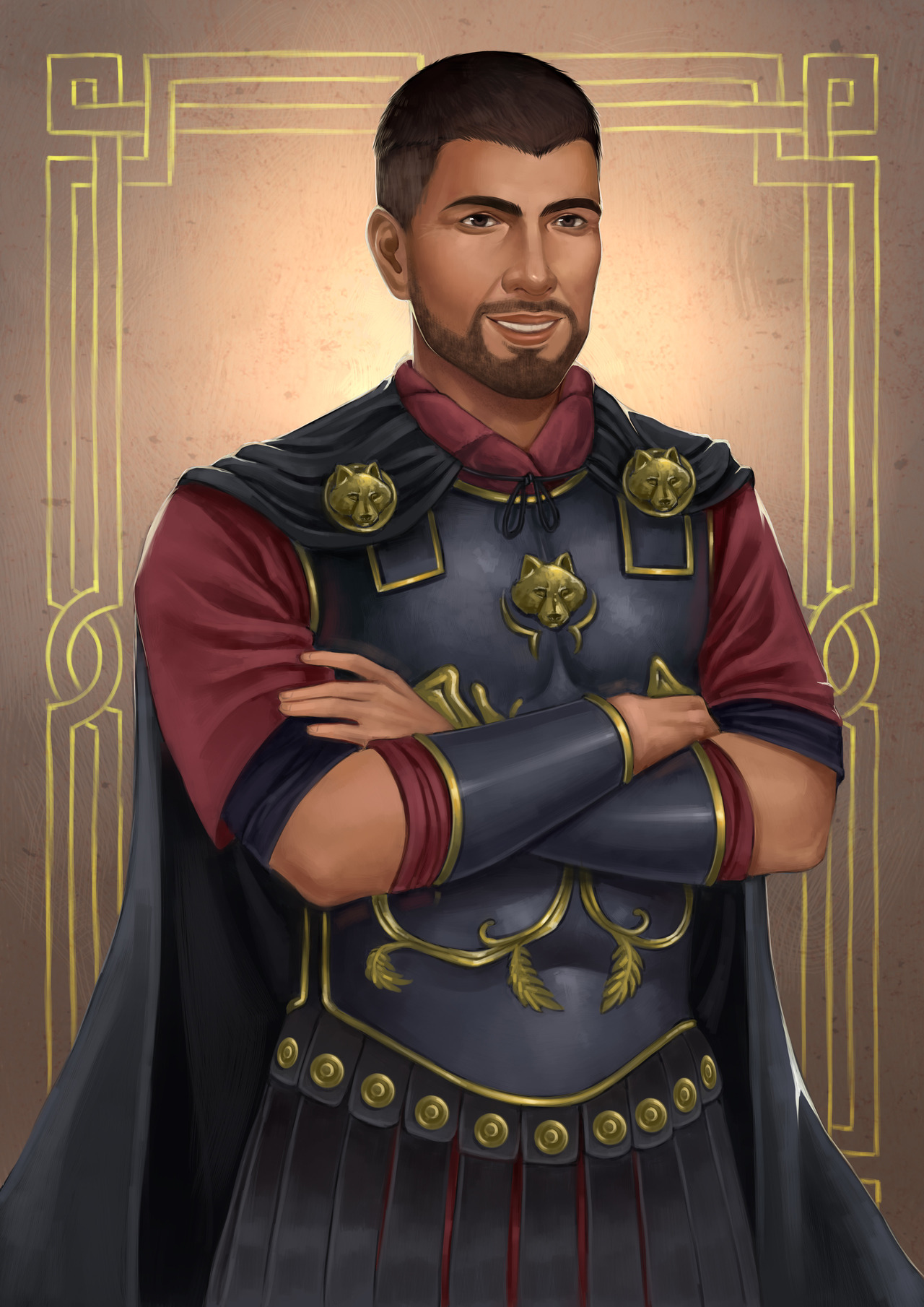 A Courtesan of Rome Appreciation Week 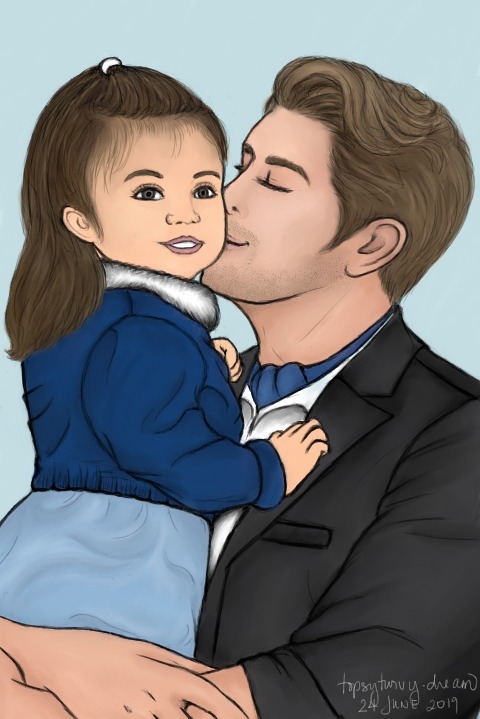 In honour of The Royal Heir, here’s an artwork of Liam as a father with his daughter! Hope you enjoy this artwork as much as I enjoyed drawing it! 💜

Artist’s Note: This drawing has been sitting in my WIP folder for more than a year, and I think it’s about time that I finish it. Who would’ve thought that The Royal Romance will have a follow-up series, huh? Well, I’m just glad that it does, and I’m so excited to draw more Liam stuff in the future 😁 Anyway, I’ve been experimenting with the different pens and colours, and I hope that they don’t look too weird. To be honest, this is one of my most favourite pieces to draw, and I have a lot stories and explanations that I would love to share about the process. I won’t put them here because it might be too long and I tend to ramble a lot, so if you’re curious, my ask box is open 😊 So yeahp! I hope this artwork brightens your day 💕

Since D&D is coming back on Monday, I tried my best to make this one 😁💕

@lahelalove thanks for the help sis

Series that deserved to be trilogies

Pixelberry really is taking Nightbound, Platinum and The Elementalists away from us in the same week