People who swallow gummy bears whole have a vore fetish

one of the most important things ive learned from upper level biology education so far is that dna isnt the god-like all-powerful beacon of similarity between all living beings on the face of the earth as high school science textbooks will lead u to believe but actually is, in fact, the molecular equivalent of a smoldering dumpster fire that’s in a constant state of chaos and cellular scandal like some highlights:

-the parts of dna that just casually detach on a physical level from the main strand, do some sick skateboard tricks in the cytoplasm, and land somewhere else with 43552342 copies

-the dna thats in ur mitochondria bc the mitochondria used to be a bacteria that our bigger, buffer cellular ancestors just vored in the primordial ooze

-rna….bitches be crazy like what is she gonna do next?? o she gonna act like a protein now and do shit?? im on the edge of my seat

-sometimes u just gotta make more chromosomes man like sometimes u just be hanging out and u gotta make ur genome 64 sizes larger and then change ur mind only 100,000 years later and delete half of it and thats just how it is on this bitch of an earth

-random shit from like 5 BCE is just casually left over everywhere like no susan i told u to leave that gene alone we might need it to fight dinosaurs again u just never know!!!!!

I am feeling physically very unstable after reading this.

I’m a genetics professor and everything here is true.

Oh, and everyone should know that the person who first presented evidence for endosymbiosis (the official name for cells eating each other and then turning into mitochondria or chloroplasts instead of being digested) was this woman, Lynn Margulis, in 1967:

Her paper where she presented the theory was rejected 15 times before it got published. Over the next decade, her work was mocked and ignored. Now every biologist knows that she was right.

The bits of DNA that move around (“jumping genes”) were discovered by this woman, Barbara McClintock, in the 1940′s:

Her work on them was ignored and derided for about two decades before some people started to take it seriously. In 1983 she won a Nobel Prize for it.

Something of a derail, but I feel strongly about talking about the contributions of these two women.

#not this time bitch

Why don’t we talk about how differently they run

They’ve actually talked about that(not specifically about T'Challa and Steve), that Chris Evans has to do most if not all his own running scenes because they say his running form is really hard to replicate for a stunt double but it’s one of the things that sets Cap apart, Chris Evans particular type of physicality, and actually helps convey the “superness” I suppose of the super soldier thing.

The Cap we deserve

If I remember my biomechanics correctly, he has basically perfect running form. If you track his head movement there is ZERO up and down motion, meaning his entire energy is going to forward motion, making it 100% efficient.

There is still some waviness to that green line.

Actually Chris Evans runs that way because he did ballet as a child. Most of the jumping kicks he does as Cap are based off of ballet form, as well as the way he runs and his massive upper body strength.

Ballet is a martial art they just don’t want you to know it.

He also runs with no forward lean which does not affect speed, but it’s rare

God I miss the days when you could show up to a stranger’s farm and he’d say “What’s your name, boy?” and you’d take off your hat and hold it to your chest to better let him see your face and reply “Why I ain’t got none, sir, on account of my mammy passed on before she could give me one” and he’d tell you he’s real damn sorry to hear that and ask what he can do you for and you’d tell him that you can’t read nor even write neither but you’re mighty good with horses and can mend them fallen fence posts what you saw on your way in and won’t ask for nothing much more than a hot meal and a warm barn to sleep in and he’d keep his wife and daughters inside but send his boy who ain’t got married yet even though his mama tells him he needs a woman out with a lantern and some stew at night and the two of you’d get to talkin and he’d throw you his flask to take a swig from and watch you drinkin from it while he leant against the door frame and when he finally got called back on up to the house again he’d take a sip from it too real slow-like like it weren’t the whiskey what he were tryna savour 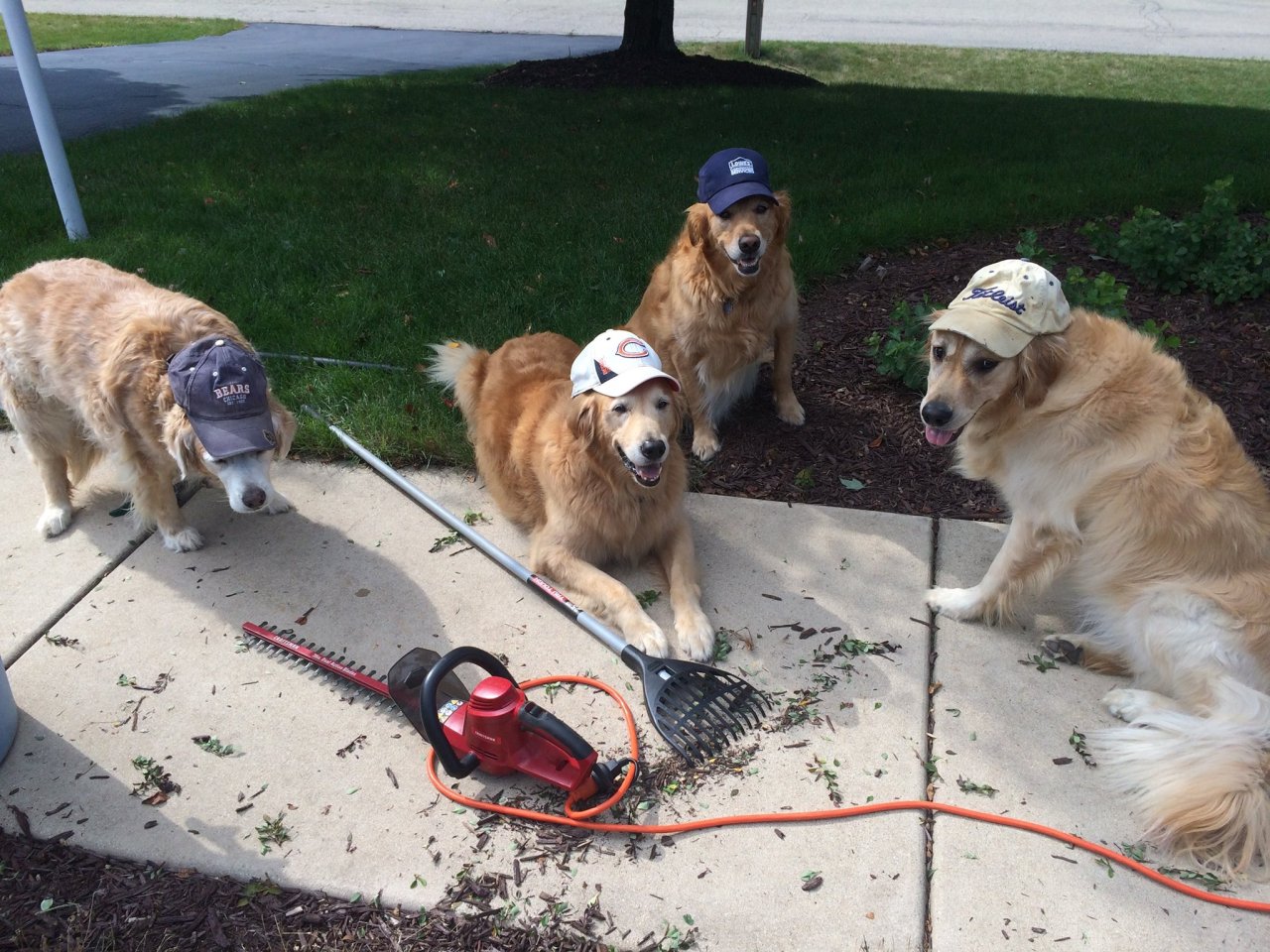 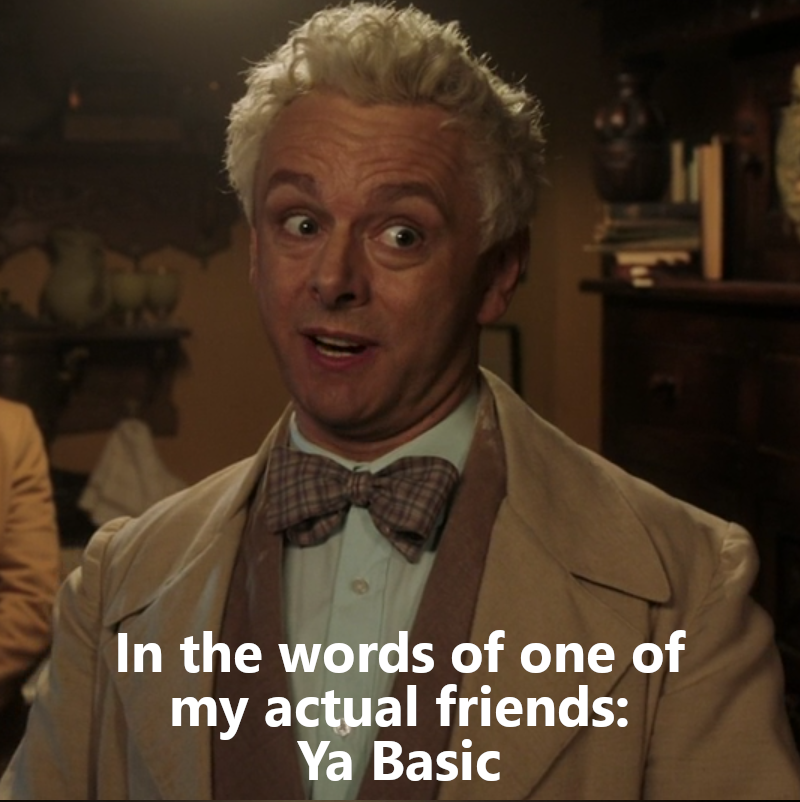 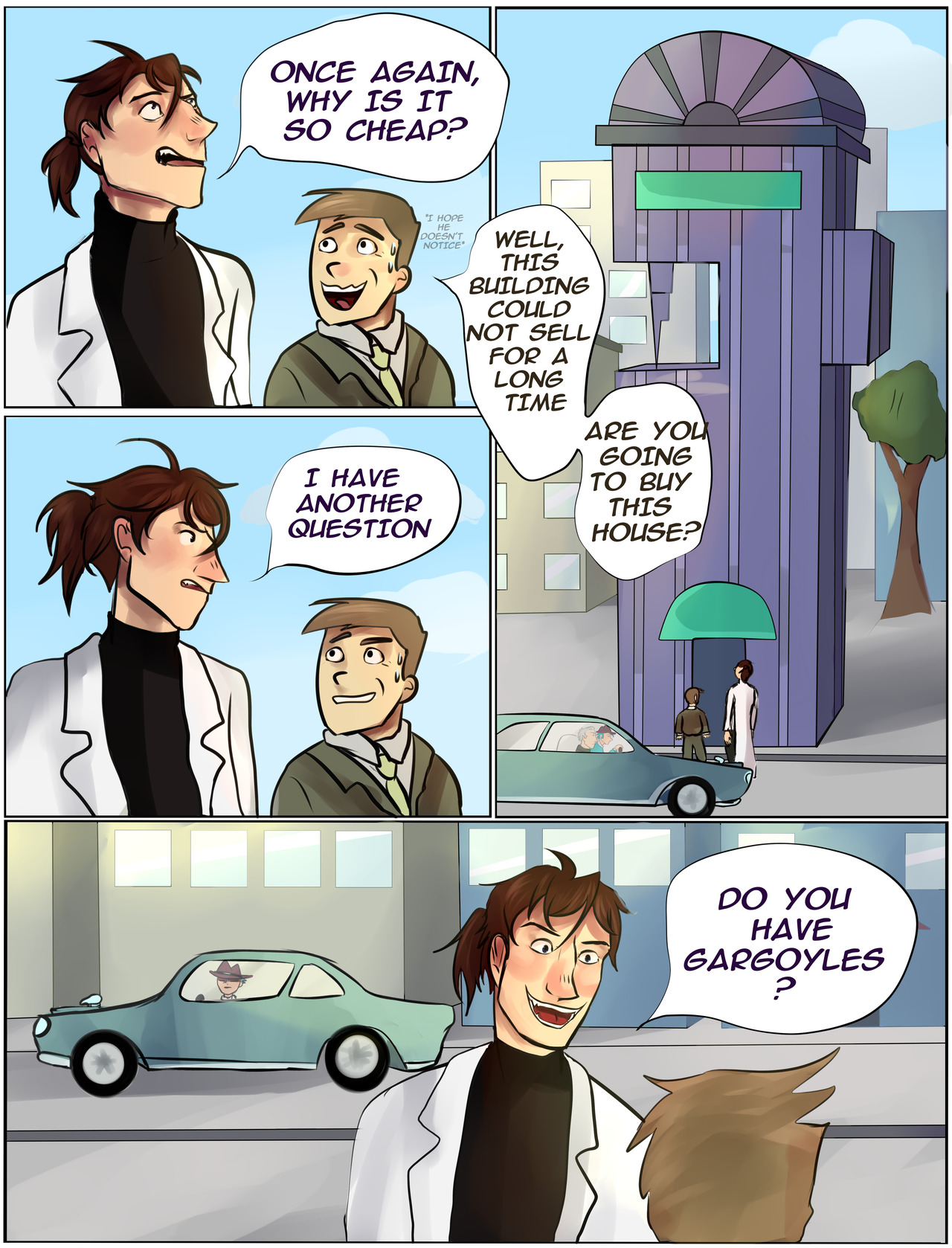 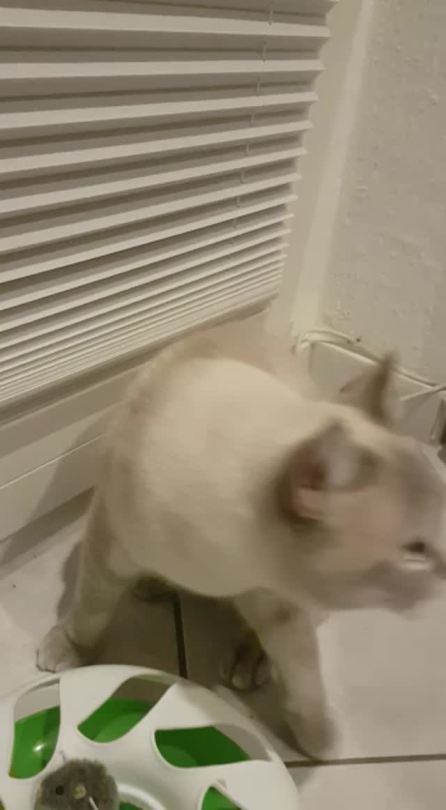 Mason was curious what I was unwrapping and it was bubblegum, so i let him sniff aND HE REALLY DIDN’T LIKE IT

this is absolutely the most uncomfortable video i’ve ever watched 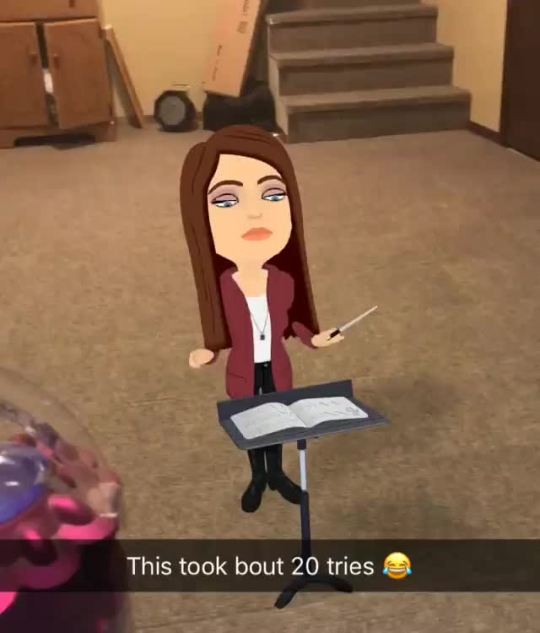 but it only works if 4 people are having sex lol

how many hands you got

allow me illustrate you

i truly can’t make this any clearer

will smith isn’t gay. he has a wife and three beautiful, talented children

don’t know what you’re on about. will smith and slightly wider blue will smith have been married for years. they’re a hollywood love story

I started reading the notes and lost it completely at parmesan cheese. 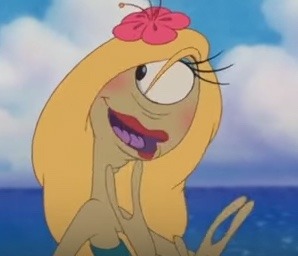 Who would win in a bad bitch alien fight

Roger is the bad bitch of the galaxy

Pleackly has a man, a family, and isn’t trapped living in an attic. And to top it off - see those two tongues? Roger wishes he could.

oh… the tea is hot

why are people liking my Victorian Farm shitpost stop that

i’m going to debone you like a fucking trout

that response is better than anything lovecraft wrote

I’d like to add this on, to make things easier for everyone, since the books aren’t…actually in the correct order if you just read them in chronological order.

It’s a link to a masterpost of mine with all of the books in their proper order, using the site above, so that you don’t have to play a guessing game with which books you should be reading when.

Please don’t take the words “read animorphs” lightly, I experienced these books at nearly thirty years old and I am still shaken by some of the body horror, vividly accurate representations of psychological trauma and at least a dozen explorations into the terror of genocide.

what does this mean im scare d 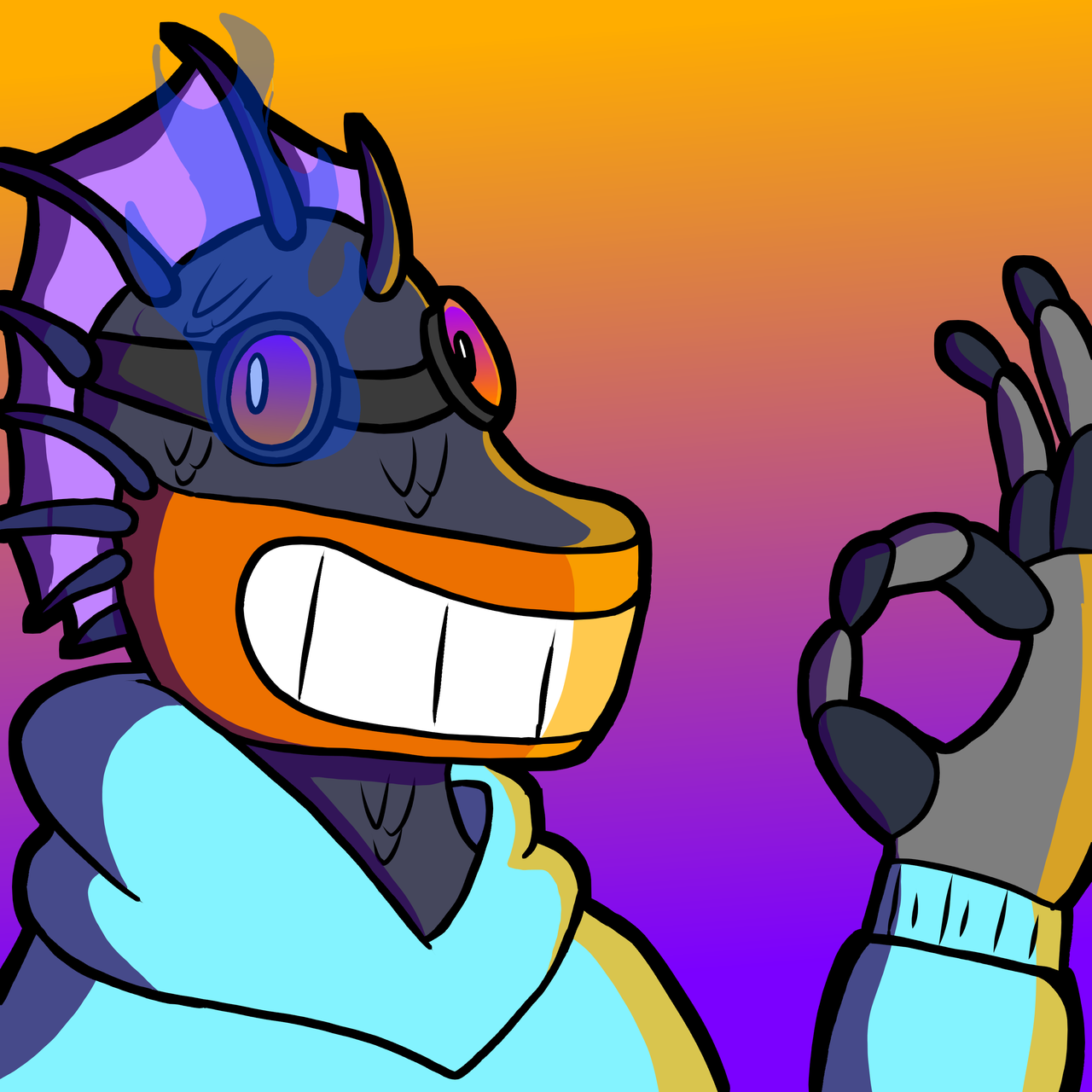