Here’s my first official character drawing of THL ladies series I’m doing! So I don’t know much about her except small details from wikipedia and then the teasers by @cassandraclare but I hope I did good and resemble her!

2nd one of the TLH ladies series, none other then Cordelia and to complete the image Daisies for the nickname James have to her.

Hey Cassie ♡ re: the sexual experience ask, I thought Matthew had experience with "getting throughly rumpled"?

Matthew is also a bohemian. ;)

I mean, Charlotte, look at both your little boys.

Hey Cassie!! Something I really appreciated in TDA was how Emma came into the series already having some sexual experience. This was really refreshing for a YA fantasy, especially for a female character. I was wondering – will any of the TLH mains come into the series with some level of experience in that department, or would that be out of character for them? Thanks, and I hope this question isn’t too awkward lol

I know what you mean, and that was a deliberate choice with Emma, but in 1903 it’s pretty unusual to for anyone from a “good” family to have any sexual experience at all in their teen years (male and female.) Anna as we know from EET does, because she’s deliberately chosen to be a bohemian, and a few of the male characters do, like Charles does (though I’m not sure he’s a main.) But most of them are pretty inexperienced!

Always more convinced about the Charles and Alastair ship CHANGE MY MIND.

And Paris where both lived for a year. Lol

‪Cordelia! I love loved her more than I expected. She’s lovely 💞‬

‪This is the finale of the Chain of Gold sketchbook series! I hope you guys enjoyed them! Thank you for all your comments!‬

i love james herondale, i really do but.. if he causes cordelia so much as mild discomfort i won’t hesitate to start printing anti-james herondale caps and t-shirts

and will herondale will be our investor and club president (obviously)

james: hello there my beloved wife i-

lucie: don’t fall for his mind tricks daisy, so it’s life or death, me and james are gonna die, which one will you save? Quickly.

james, tearing up: you could’ve at least hesitated

“..like all herondales, his ability to love without measure, without end, was both his great gift and his great curse..” 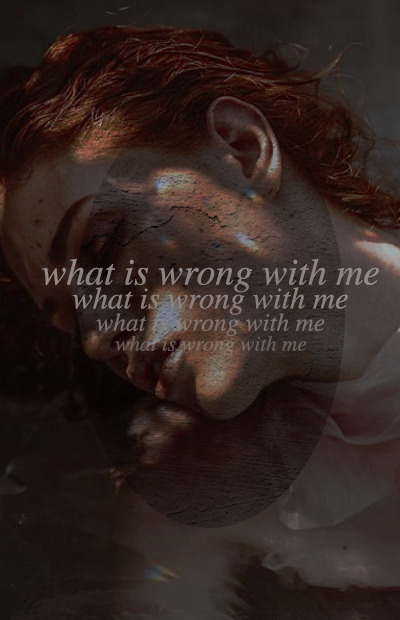 ‪Anna Lightwood. She is so dang cool I aspire to her level of self confidence and sass. ‬

‪I really adore the lineup of characters in Chain of Gold. ‬

Exclusive Excerpt from Chain of Gold:

“Last night,” Cordelia said, “you were most appallingly rude to me, and I would like an apology.”

James looked up at her. So this was what it would be like to be taller than James, she thought. She didn’t mind it. His expression was calm, unreadable even. It wasn’t an unfriendly look, but it was entirely closed off, letting no one in. It was an expression she had seen on James’ face before: she had always thought of it privately as The Mask.

She raised an eyebrow. “You’re not going to apologize?”

Maybe it wasn’t better to be taller than him, she thought. When he looked up at her, he had to do it through his eyelashes, which were thick and black as the silk fringes on a scarf. “I am trying to think of the best way to do it. What I did—leaving you on the dance floor—was unforgivable. I am trying to think of a reason you ought to forgive me anyway, because if you did not, it would break my heart.”

She cleared her throat. “That is a decent start.”

His smile was faint, but real. “You’ve always had a charitable heart, Daisy.”

“Don’t you Daisy me,” she said. “Have you taken the time to understand what it is to be a girl in such a situation? A girl cannot ask a gentleman to dance; she is at the mercy of the choice of the opposite sex. She cannot even refuse a dance if it is asked of her. To have a boy walk away from her on the dance floor is humiliating. To have it happen when one is wearing a truly frightful gown, even more so. They will all be discussing what is wrong with me.”

His eyes flew wide. “Wrong with you?” he repeated. “There is nothing wrong with you. Everything you say is true, and I am a fool for not having thought of it before. All I can do is swear to you that you will never lack at any social event in future, someone to stand up with or dance attendance on you. You might not credit it, having met Thomas and Christopher and Matthew, but they are quite popular. We can make you the toast of the season.”

“Really?” she said. “Thomas and Christopher and Matthew are popular?”

He laughed. “Yes, and I can make you a further promise as well. If I offend you again, I will wear a truly frightful gown to the next significant social gathering.”

Does Alastair and Cordelia’s relationship evolve to something more caring? It seems like they’re always fighting each other and I’d like to see some brotherly love between them

Actually, I wouldn’t describe them as always fighting. I think they do have a complex relationship, and that’s to do with their parents, specifically their father. But that doesn’t mean they don’t ever get along — I think it means it’s more complicated than either “getting along” or “fighting.” And it certainly doesn’t mean they don’t love one another.

Because one of Cordelia’s favorite stories is the poem Layla and Majnun. It’s a classic story of doomed love, and one of the most famous tellings of it is poet* Nizami Ganjavi’s, written in Persian, which is the one Cordelia loves. It was also a big favorite of her mother’s, so she and Alastair sometimes call Cordelia Layla as a nickname. There’s also a thread in the book about Cordelia reading the poem to James. ;)

*(There’s a lot about Nizami Ganjavi online, so a quick note from Wiki: “(Persian: نظامی گنجوی‎, romanized: Niẓāmī Ganjavī, lit. ‘Niẓāmī of Ganja’) (1141–1209), …whose formal name was Jamal ad-Dīn Abū Muḥammad Ilyās ibn-Yūsuf ibn-Zakkī, was a 12th-century Persian Sunni Muslim poet. Nezāmi is considered the greatest romantic epic poet in Persian literature, who brought a colloquial and realistic style to the Persian epic. His heritage is widely appreciated and shared by Afghanistan, Azerbaijan, Iran, the Kurdistan region and Tajikistan.) Layla and Majnun is a beautiful poem, and well worth a read.

I love Cordelia so much and wanted to know if jem and cordelia are close and how's their bonding?

They are not close at the beginning of Chain of Gold, for reasons we discover as the book goes on — mostly that Elias Carstairs didn’t want Jem in his children’s life. So we actually get to see Cordelia getting to know Jem and getting to trust him.

hey cassie! anything about cordelia and matthew friendship?

I’d say he doesn’t quite trust her at first but they come to develop a strong relationship.

Hi Cassie!! About Cordelia, I was curious about her personality. You’ve written such strong female leads and I know that Cordelia (and Lucie and Anna) will be just as strong. I wanted to ask if Cordelia more outwardly feisty and bold like Emma and Clary or more shy like Tessa? But I know she’ll be her own character in the end.

I was chatting with two friends who just read Chain, and they said: Cordelia is a tough cookie and very pragmatic. Not shy, though she can put her foot in it in social situations. Very determined. When she wants something to happen she focuses on it. She will get her way with sandwiches and lemon tarts, or with her sword (which she earned through determination!) — whatever is necessary. She’s always ready to fight for the people she cares about. And: “Everyone’s standing around and Cordelia is the only one who remembers the corset!” Which will make sense eventually!

She forced herself not to move her gaze from his. Goodness, his eyes were startling up close. They were the color of golden syrup, almost shocking against the black of his pupils. She had heard the whispers, knew people found his eyes odd and alien, a sign of his difference. She thought they were lovely: the color of fire and gold, the way she imagined the heart of the sun.

“Cordelia Carstairs,” Will said, after greeting her mother. “How pretty you’ve become.”

Cordelia beamed. If Will thought she was pretty, perhaps his son thought so, too.

‪Thomas Lightwood is my personal favorite from Chain of Gold. Such a big ol’ teddy bear ‬