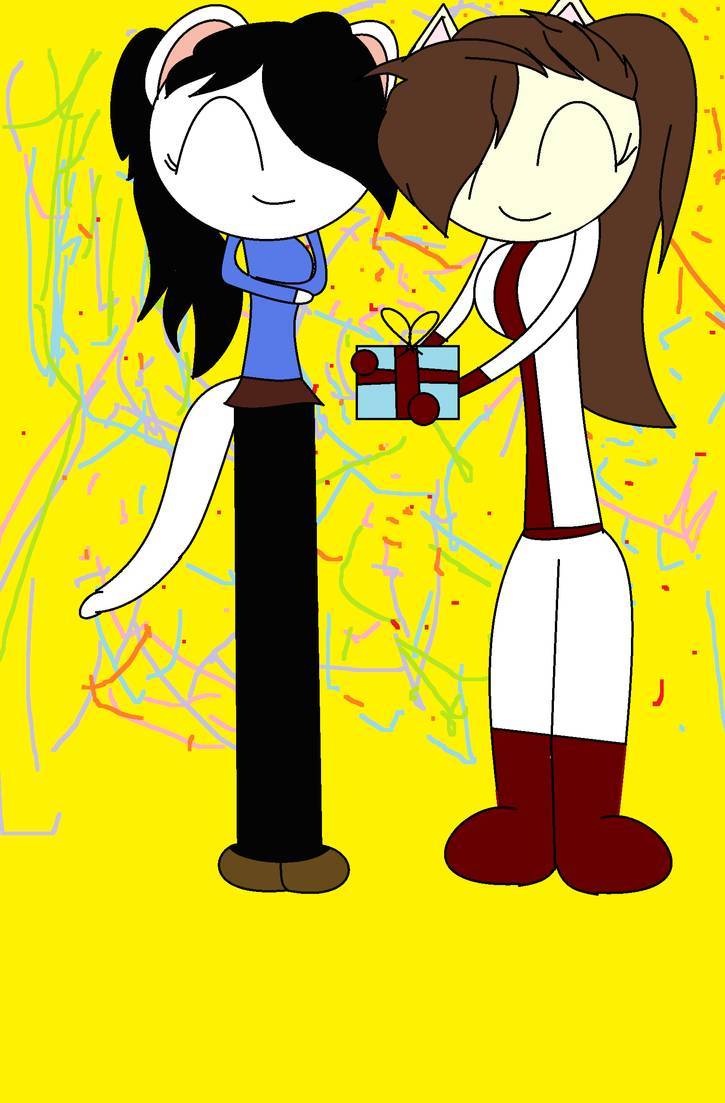 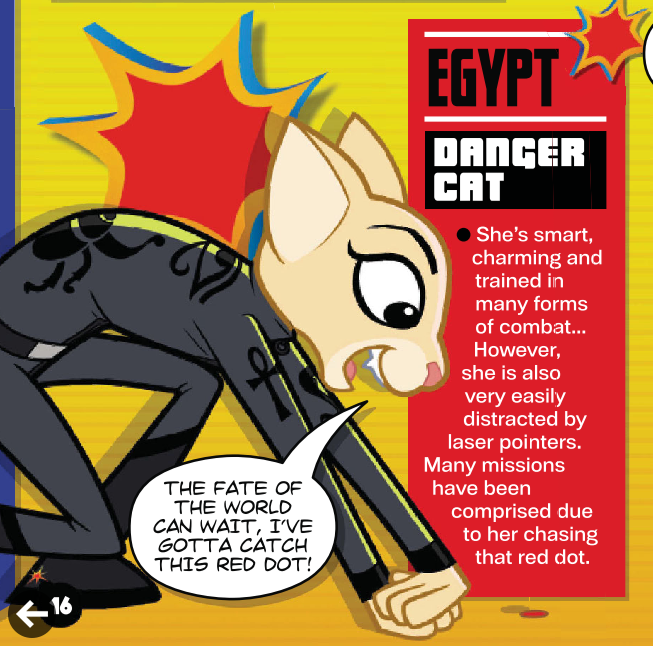 I WANT MORE OF HER 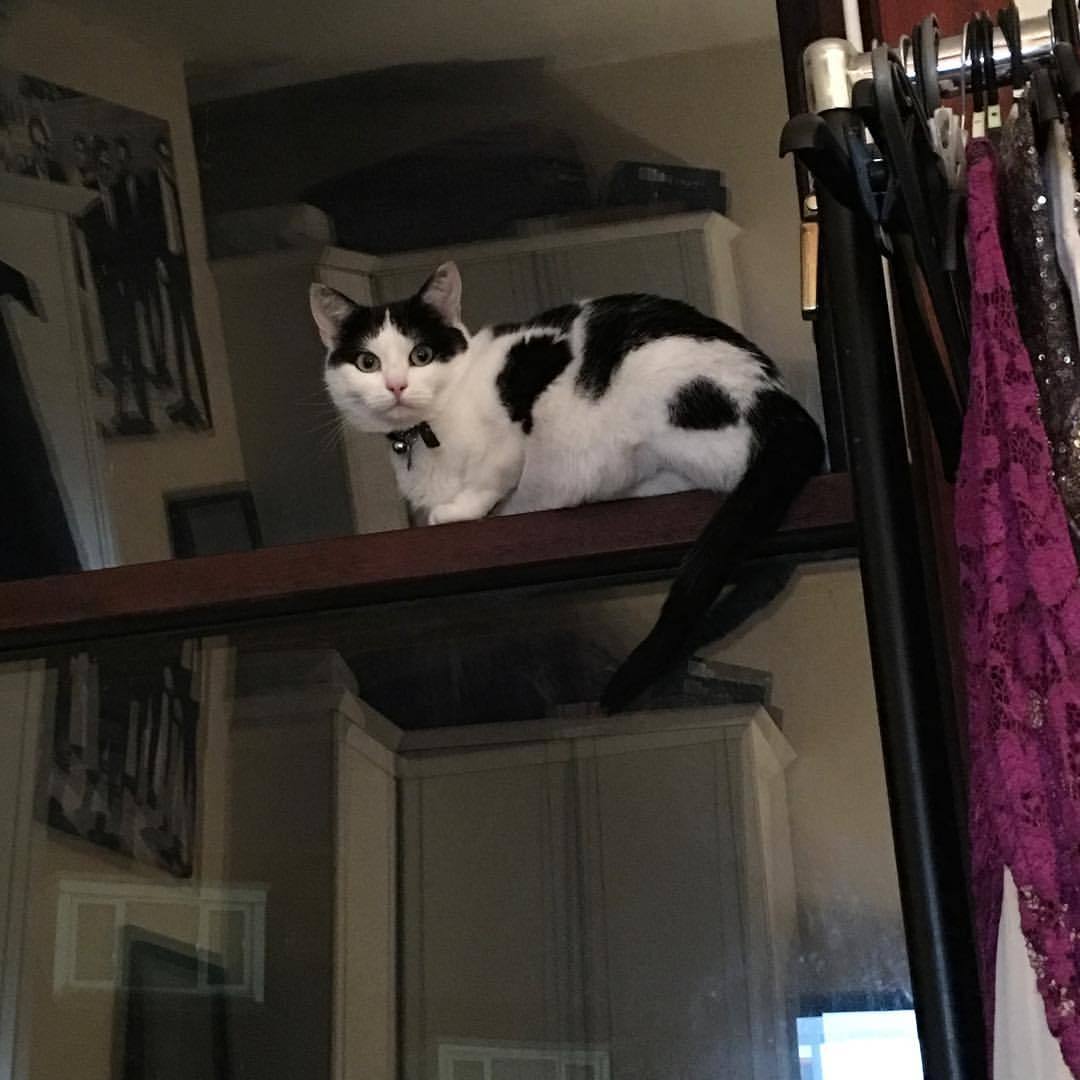 I get so worried when she’s up there but there’s no stopping the little critter!

DC bought me thin mints. He also bought himself  Samoas, which have milk in them, but he shared them with our other omnivore friends - and, for the record, DC is vegetarian - which I thought was a sweet thing to do, vegan or otherwise, and he gave almost all of them away. So I think I’m going to share my thin mints with him  ❤ 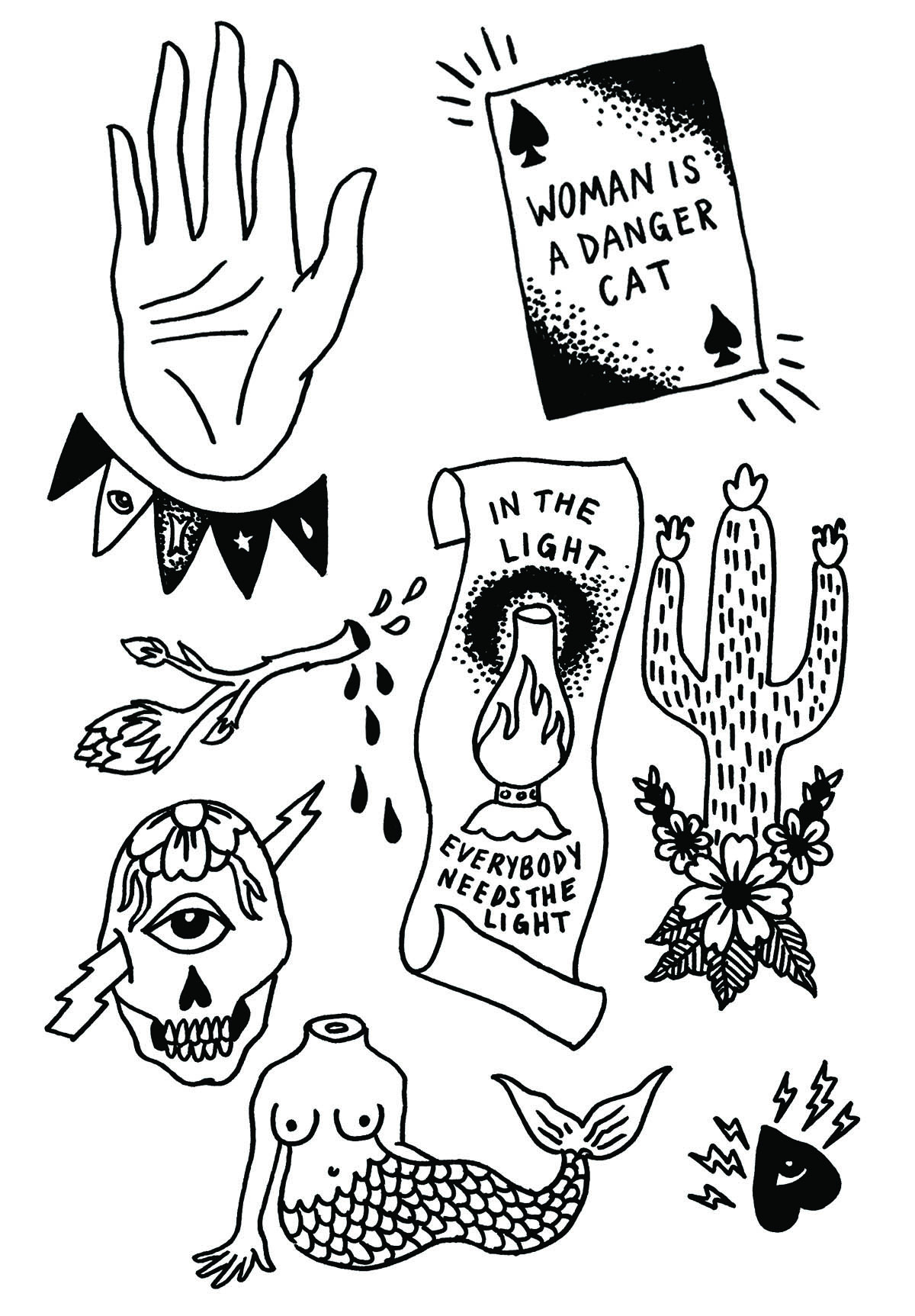 I call this page the Danger Cat Doodles.

1. At the ripe age of just 15, Christopher “Danger Cat” Walken, was a modest lion tamer.

You truly do no need any further proof to corroborate the above-stated, but obvious, fact. That is all.

The cat somehow just got stuck on the roof. I heard a meow from above me, looked out of the ceiling window and she was just there. Stood on top of the window, meowing for her life. I waited until she managed to climb off of the window and had to climb up there myself to save her from falling to her death. During all this the girlfriend was panicking at me and shouting how I and the cat will surely die. After about 10 minutes of scrambling around the roof after the terrified animal I managed to get her and I to safety and we both lived happily ever after. (she’s now trying to make a bed on my keyboard, she got over it pretty quickly)

It was a Sunday.

Not that it mattered to Danger cat, though. He was a cat, after all, and cats do not care much for the names of the days of the week. They care for their bowls, mostly, and coincidentally, his was empty right now. He knew Lux was still a long way from waking up, it was a simple fact backed up by evidence in a shape of clothes being thrown all over the floor and snoring coming from her bedroom.

That’s my cue, Danger thought to himself, and waddled over to the half closed doors. Sneaking into the room he observed curiously as microscopic flakes of dust floated and sparkled in the morning light. Something primal inside him stirred and urged him to jump right in there and flail around wildly until he suffocated them all. But, as it were, Danger was a civilized cat, a crime-fighting one, at that, so he shifted his attention to the only other seemingly moving object present.

Not Lux. Lux slept like a sledgehammer. She was there, and then that was it. To expect a movement would be insanity, and the breathing function seemed temporarily disconnected.
What sparked Danger’s interest was a guest star in their apartment. Silently and very cat-like (as was appropriate and expected of a cat) he jumped on the edge of the bed and stretched out his neck to get a better view. Sniffing around, he discovered that he was currently in the general area of the stranger’s feet ; would he have had the good sense to remember the look before you sniff rule, he could have avoided the corrosive smell of stale cheese overtaking his nostrils.

Well, enough was enough. Once he finished trying to practically peel the smell of his nose with his paws, Danger sneakily embarked on a journey of travelling down the newcomers length to his head.
Damn you and your tall ass boy toys, he  thought grumpily. Finally reaching the area where damage is most easily done, Danger then did his thing. His lethal manuever that never failed to work.

He sat on his face.

The rest was history, really. When the victim of the day started flailing around wildly and kicking the blanket off their feet, he would most elegantly jump off, strut to the kitchen counter, position himself next to the coffee maker machine, and wait.

After a muffled »OWWW« behind the curtain, there was real time action. Limping and hurriedly picking up what he assumed were his pieces of clothing, the previously snoring stranger came crashing out out of the bedroom. Behind him, Lux’s body rose in what an oblivious watcher might call a cloud of doom and rotten nightmares. Maybe that’s just what it was, because to disturb her sleep basically was signing yourself up for a lifetime of pain and suffering.

That’s why Danger let the others do the waking up. Mostly, you only need to bring people to the edge of the cliff, he observed. Gravity and a lack of balance do the rest.

Lux approached the counter and hastily tried to find a mug that didn’t have a small civilization growing in it. Danger offered a smug cat expression to salute this hopeless attempt. Unfortunately, Lux was no longer half blind from recent awakening.

»You better not be responsible for this.«

»Innocent doesn’t suit you. He said he ‘dreamt about drowning in cotton candy’. Now, why do you think this motive is so repetitive with my visitors?«

Turning the coffee maker on, she took a look at his bowl. Being the owner of this sneaky fluff ball sidekick, she knew there was really only one reason why he’d bother. Okay, two reasons, but she didn’t see a villain destroying a city in her immediate vicinity so that surely wasn’t it. Sighing, she reached for the cat food in the top cupboard, and then remebered something. She walked over to the fishbowl where Zep the goldfish resided, reached in, took the key from under the Hogwarts castle, and walked back. Still sleepy and therefore slightly more wicked than usual, she wiped her hands on Danger’s tail and then proceeded to unlock the cupboard.

It should be stated here, once and for all, that Danger cat avoided water like the medieval folks avoided the bath.

»That’s for the scare, fatso.«

Ignoring the look that promised her a slow and painful death by her very own trusty sidekick, she grabbed a mug, and basically sleep-walked back to the room. The doors slammed shut with a loud BANG while Danger trotted down the counter to his bowl.

Splendid, he thought to himself. It wasn’t even 10 o'clock and he’d already done his daily quota of mischief.

Because proper introductions are always in order.

What is Lux?
First of all, Lux is a ‘who’ - a semi-tall, slim and pale-skined female human with muscles in all the right places. She has the face of an angel (oh, the irony) with dazzling indigo blue eyes that sometimes have a golden glow to them - usually when she’s up to no good. Her face is surrounded by a dark, raspberry-red mane of hair which fall down to her waist. Her body runs on coffee and since we all know that wherever coffee goes, the cigarettes follow, she is also a chain smoker.
She is slightly morbid with a touch of evil spirit and a sense of humor that is pretty much plain sarcasm. She lives alone (well, with a cat) in a place she calls a 'lair’, which is situated above a french café in a town whose name we will not reveal. Ever. She’s a regular human being (by day, that is).
She walks around with a confidence of someone who looks good and knows it. Too bad that, when it comes to relationships, her attention span is a lot like that of squirrels (you know how squirrels run from nut to nut, yelling 'oooh, shiny!’ in the process and forgetting about the previous nuts as fast as they see a new one? Yep, like that).

So what makes Lux so special?
Well, a few years ago, when she was around twenty, she decided to get her first tattoo done. And something went terribly wrong. The next thing she knew was that she had these really weird new abilities, and, when her powers were at their best, golden intricate tattoos covered her whole body. Creepy, huh?
So, to put it short, she started to go by 'Poison Lux’ and devoted her life to saving the world from basic human stupidity, thus making it a better place. But more about that later.

What is Danger?
Well, this should be fairly easy to answer. It’s when a wild pack of bisons comes thundering towards you in a mindless stampede, or when you’re falling down a 20 story building with no parachute.
Not in this case though. In our story, Danger is a cat (which, as experience shows, is also a form of danger). Adopted by Lux a few years ago, Danger lives a damn eventful life as her trusty sidekick. A long haired and blue eyed siamese, he is adorned with a sky-blue satin ribbon with a little silver bell that gently tingles as he trotts around his territory.
Although he acts more like an outside observer most of the time, Danger is an important element in keeping Lux grounded. Indubitably, he is somewhat of an aristocrat, and values nothing more than a good spot on the sun and a drop of fine, fresh milk with his morning tuna (courtesy of landlady, mrs. La Fleur).

poisonluxanddangercat
Extra, extra, read all about it!

We are proud to present the opening of a new blog in town - Poison Lux and Danger Cat, now coming to a tumblr near you!

In the following weeks, you will have the honour of meeting a whole new set of superheroes - Poison Lux, a stunning young maiden with more than a few tricks up her sleeve, and Danger, a trusty sidekick. Well, a cat, mainly.
Grumpy, eccentric, and always mischevious, this duo will (hopefully) keep you on your toes with their domestic affairs and happenings, reported in the form of short short stories (or flash fiction. Or smoke long. Or drabbles. You know, theoretics can never agree on these things).

Don’t forget to follow and tune in tomorrow. July 20th, for an intro post and a first insight into Lux and Danger’s everyday, on 6pm GMT time! :) 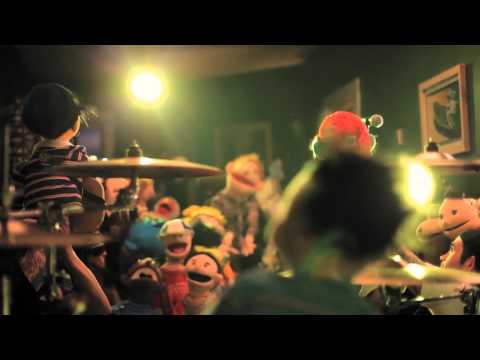 This band was awesome last night.

Where I’ll Be - Dangercat 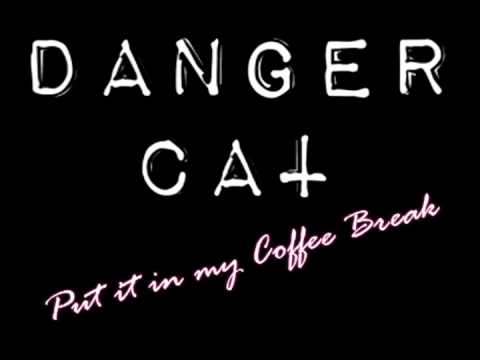 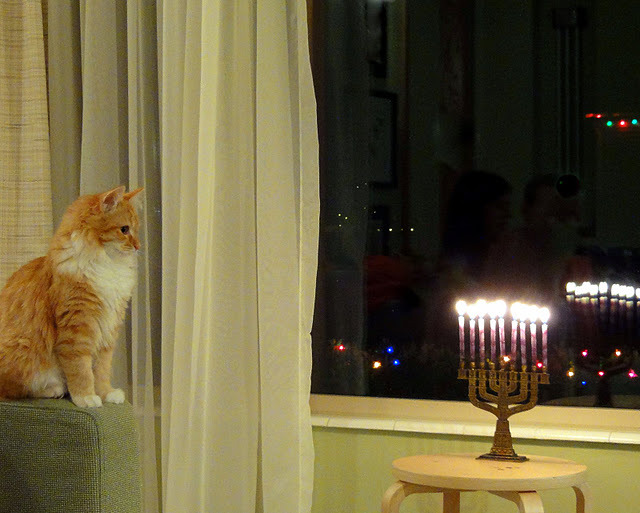 Willow is pretty sure that menorah placement is a fire hazard.