Humans only give shits about unborn humans.

Mutant parents get pressured to terminate. Sapien parents get harassed and stalked if their fetus is mutated

Gender selection for the sake of customising your kid is pretty much the ultimate type of sexism- implying that one type of child is more ideal and that you can have your ‘dream child’ by picking it’s genitals. The argument that allowing people to pick gender is going to lower child abuse rates because parents won’t be disappointed is ridiculous, if your parental love is conditional to gender then you shouldn’t be a parent.

Why does Sol consider himself a monster for being a Gear when he never considered Dizzy, Sin, Paradigm or even Justice in the same light?

It has to do with the idea that he was created and converted in to a Gear, not born that way.

Nor was it something he chose for his own life…

Paradigm might be able to relate, because he was artificially created as well.  But even then, Paradigm never knew what it was like to live a normal life like Humans had.

We don’t know the situation regarding Dizzy or even Justice, very clearly, either.

Frederick firmly believed that “becoming something else” (other than human) was like experiencing Death, as he had once said to Aria, as she also agreed with him about her own doomed fate.

And his own words would come back to haunt him many many years later. 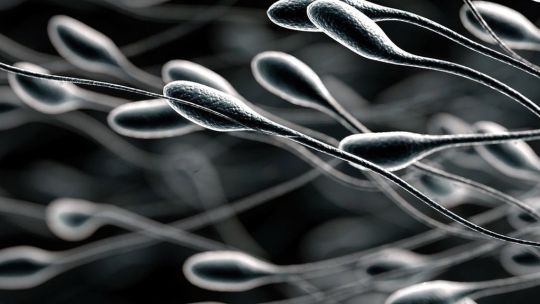 Just got accepted into the biomedical ethics/philosophy masters program at McGill. And a med school in a homophobic city that I don’t want to go back to. I really want to be a doctor but philosophy is my greatest passion like HOW THE FUCK AM I SUPPOSED TO MAKE THIS DECISION AND THEN LIVE WITH MYSELF AFTER.

Halp. What the fuck am I supposed to do?

I can’t believe I fucking left my major assessment project titled “epicurus? lol more like epicnerd *aggressively slam dunks ppt*” and shared it with my teacher

I have now finished my 2000 word bio ethics assignment :D I feel quite relieved. It has used up quite a few spoons today, but that’s okay.

I’m working with the horses later on, taking their heart rate and seeing how they react to a new object (in this case, said object is a crocodile pool toy xD )

Hope you are all well my lovelies :) You are loved, never forget that ♥

I want to start this post by asking: what is awareness?

I know that seems vague because we all know that awareness isn’t a tangible thing to reach out and grab—but at the same time, it’s not magic. It is something real.

So what about the phrase “I think, therefore I am,” as Rene Descartes said; is that the answer? I’m aware that it’s happening, therefore awareness is something?

The American Society of Primatologists supports the humane and ethical use of nonhuman primates in research, including biomedical research, and has made strong statements to this effect in the past (https://www.asp.org/society/). As a scientific society with a strong educational mission, the American Society of Primatologists applauds and supports efforts to educate the public about scientific research, rational discussion about the value of, and ethics associated with, animal research, and attempts to foster humane animal research.  Recently, the research community and its supporters at UCLA have taken pro-active steps to address the violence that has been directed at them by radical groups that resort to unlawful means or violence under the pretense of animal protection.  We believe that harassment of scientists in their homes and destruction of property is reprehensible and does nothing to contribute to science, animal welfare, or serious dialogue about animal research. Thus, we support those at UCLA who have bravely chosen to stand against these tactics and to continue the research that serves the public’s interest in medical and scientific progress. More broadly, we again affirm our opposition to the use of violence and affirm our support for scientists and their staff and students everywhere who are the targets of violence, harassment, and intentional misrepresentation of their work.

Because we get harassed, attacked, sent death threats, and our work gets distorted. Every. Single. Day.

coppersunscarletsea
I need a topic for my Bio-ethics paper

Has anyone actually taken a bioethics course before??

an ethics expert came to give a talk at our school today.

normally i just dose off or secretly do maths (because i love maths duh) but this talk was really interesting.

he posed 2 situations and made us choose one we’d go for. then he told us what the mass majority of the public (representatively) would go for.

the first situation, was a soundless train approaching and about to kill 5 innocent, clueless people tied to the tracks. the choice was to either let this happen, or flick the tracks so that the train could take another path which had 1 clueless innocent person tied to the tracks. most people, including myself, chose the 2nd option. we all treated the 6 people equally in importance and judged that it made sense to avoid 4 extra grieving families.

however the second situation was slightly weird. in this case, you were an onlooker standing by the tracks and watching the same approaching train and 5 innocent people. beside you was an extremely fat man who you could push onto the tracks and make the train stop to avoid killing the 5 (it’s only an imaginary question lol). but this guy will die. the choice was to either let this happen, or leave the train to kill all 5. i automatically opted for the 1st choice, since i thought i could save more people that way.

but in fact, most people rightly chose the second option: for the train to kill the 5. at first i was really confused, but then he explained that if you had pushed the fat man, you’d be USING this man’s life to save others’ lives, which would be unethical as all lives should be treated equally. this was such a revelation for me (enough to create a whole post dedicated to this). because in the 1st situation, you could choose to kill that 1 man instead of 5 because you weren’t the CAUSE of the speeding train and can only choose for the optimum solution. however it’d be wrong to SACRIFICE that one man and CAUSE his death to save the 5.

honestly, if i was in a real situation like that, i would have pushed the man.

seems like i can never do medicine and be a doctor then (nil knowledge and instinct for bio ethics :S)