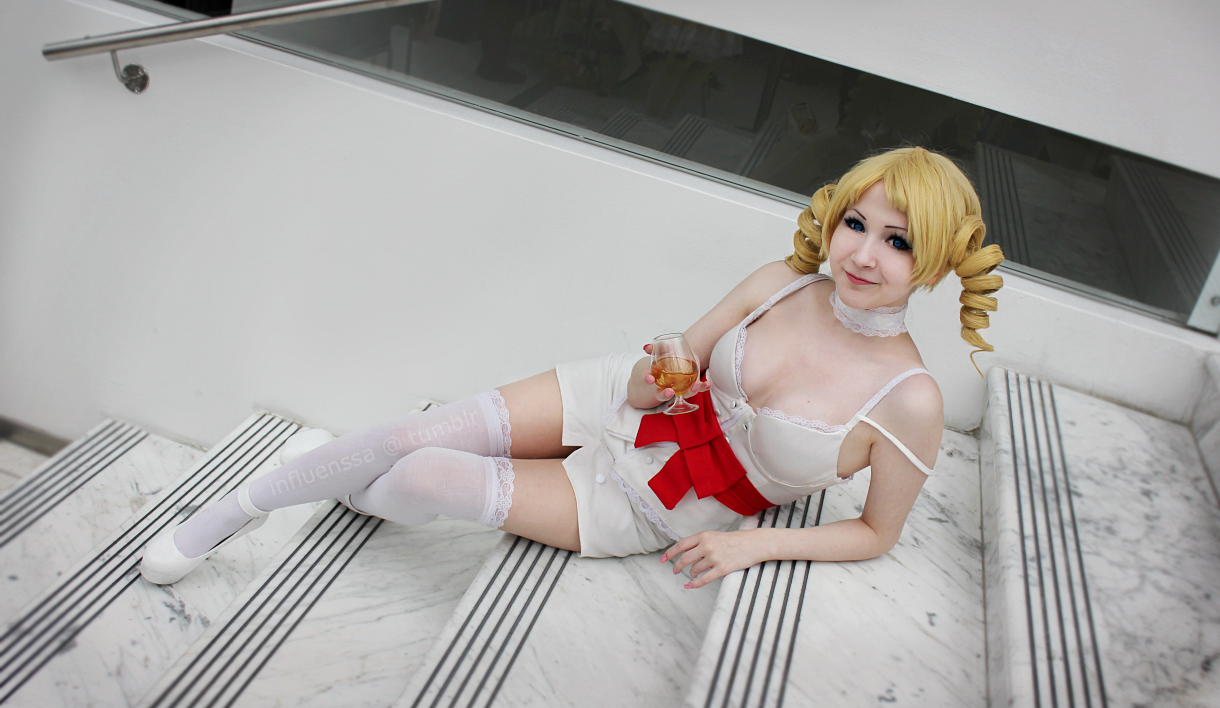 ♡ I’m just a devil, dressed up like an angel ♡
Photo / Photos / Catherine 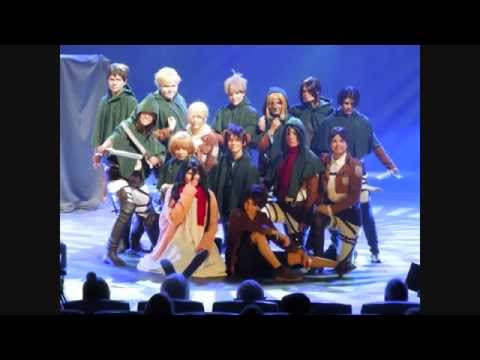 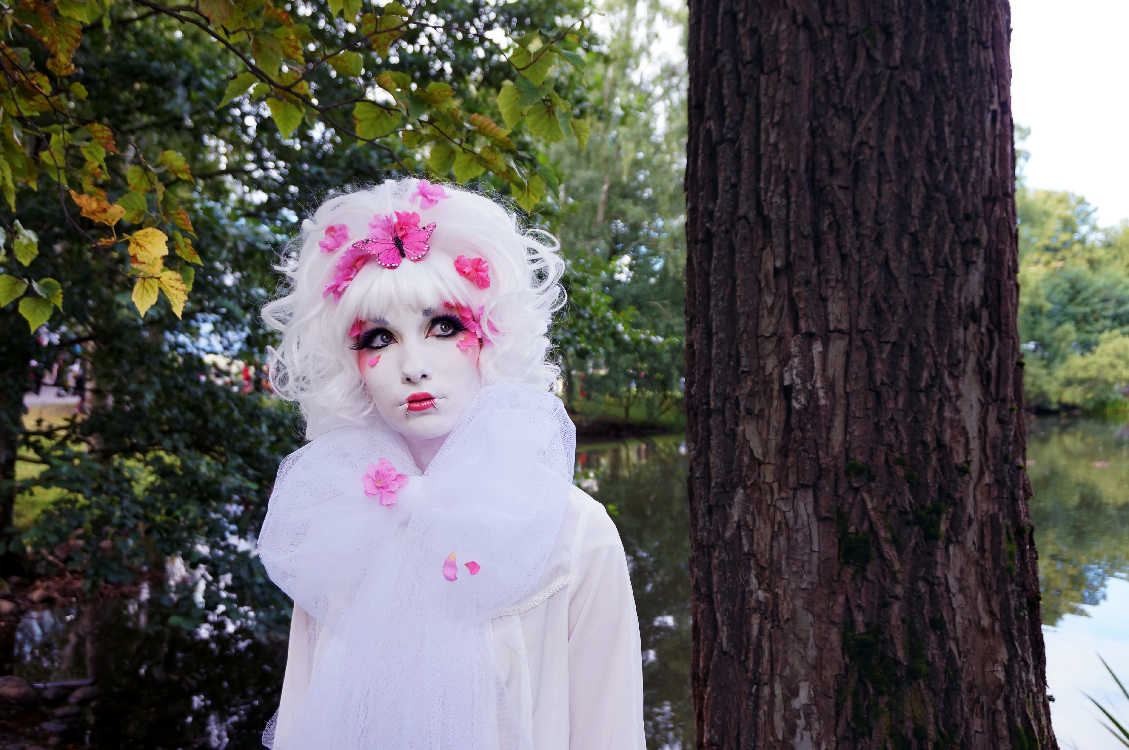 My first full shironuri look, photo taken by lovely imperfekti!
You can see more on my facebook page! 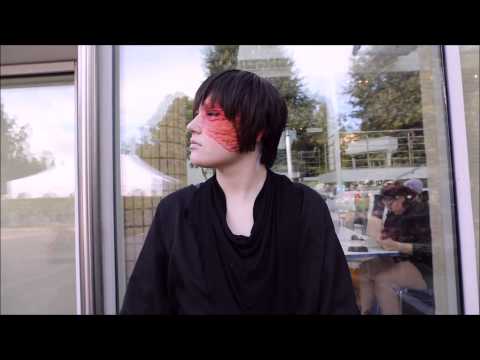 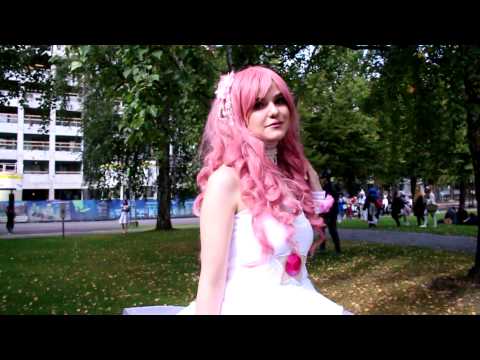 Here is my first video filmed con video. Thank you all who let me film you! This was really good practice! ^^ 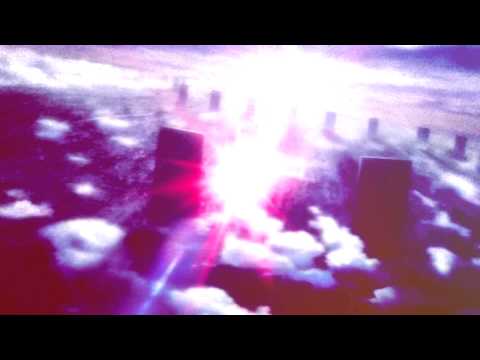 Tracon X AMV-kilpailu / AMV contest intro [+results]
Intro edited by: Kirarell & Zenexi
Results and playlist of the finalist videos can be found in the description of the video. Congratulations to all the winners yet again! ♥

Now some personal notes:
Officially it is over! The first convention for me in a role of an AMV contest coordinator. Everything went really well and this was such a dream come true to me. I’m so happy!! I hope the audience enjoyed the contest just as much. :3 Its been a huge amount of work to get the contest together and I couldn’t have done it alone. Thank you everyone who was part of making it happen! Of course my role as a coordinator doesn’t end quite yet. There are still a few things to take care of but I’m totally getting there. Though the biggest and the most challenging part is now behind! :) Overall this has really been one of the best summers/autumns I’ve ever had. ♥

hoi did anyone here get a picture of me as nux in tracon x?

Tracon X was amazing, but I have the worst post-con hangover. So worth it though, had a lot of fun, saw amazing cosplays, did a bit of a photoshoot with friends (more pics in the following days), had ice cream, had about a half a dozen girls confess their love of Cole to me, met old friends and lovely new people.

I hope everyone posts their pics here, I really want to see some of these cosplays again (I was a fool not to ask for a pic myself):

Arwen in the green coronation gown (you were stunning!)

the four hobbits of LotR

all the Sailor Senshi there

all the Dragon Age cosplayers, you looked brilliant

Nux (I only saw you for a fraction of a second!)

If you’re one of these cosplayers, please post a pic of yourself in the Tracon tag!  (๑♡3♡๑)

Tracon X is over now and as usual my mood is tired mixed with sad and happy. The con was wonderful, I enjoyed it as always, but the fact that it comes to an end is always sad. It’s a bit weird to be home alone with cats after being surrounded by people, meeting and chatting. It’ll take some time to get used to everyday life again, especially after all the preparation work and planning and the con itself is no longer a part of it.

I was mostly stuck at the artists alley - but not in a negative sense by any means! (For the most part at least. I’m still a bit disappointed that I missed one concert I really wanted to see.) I really, really love being at the artist’s alley. Being surrounded by other artists and people who appreciate art is so nice. It just feels so nice when people compliment your art, but it feels equally nice to compliment others because I know and I can see how nice it feels. And of course it’s great when your art sells, it’s also a compliment of its own, but I really also appreciate it when people say it to you in person. I had a great time and people pretty much cleaned up my entire table, of which I’m really really grateful.

Usually I’m just at the artist’s alley, but this year I was also asked to be a panelist in a Nuzlocke panel, where the purpose was to introduce the challenge to people and maybe to inspire people to try it out. It was fun and I think we did a good job. The space where the panel was held was less than ideal - it kinda sucked tbh, and the tech as well. But it was still a nice experience. The space was full and people seemed entertained enough, and maybe someone got some inspiration, who knows.

Anyway, thank you for everything from my behalf! I hope that I’ll be able to do this again next year. Now I will have more time to focus on other art like commissions and maybe also my own Nuzlocke comicc as well as some gaming (WITCHER 3 AAAAAA)! 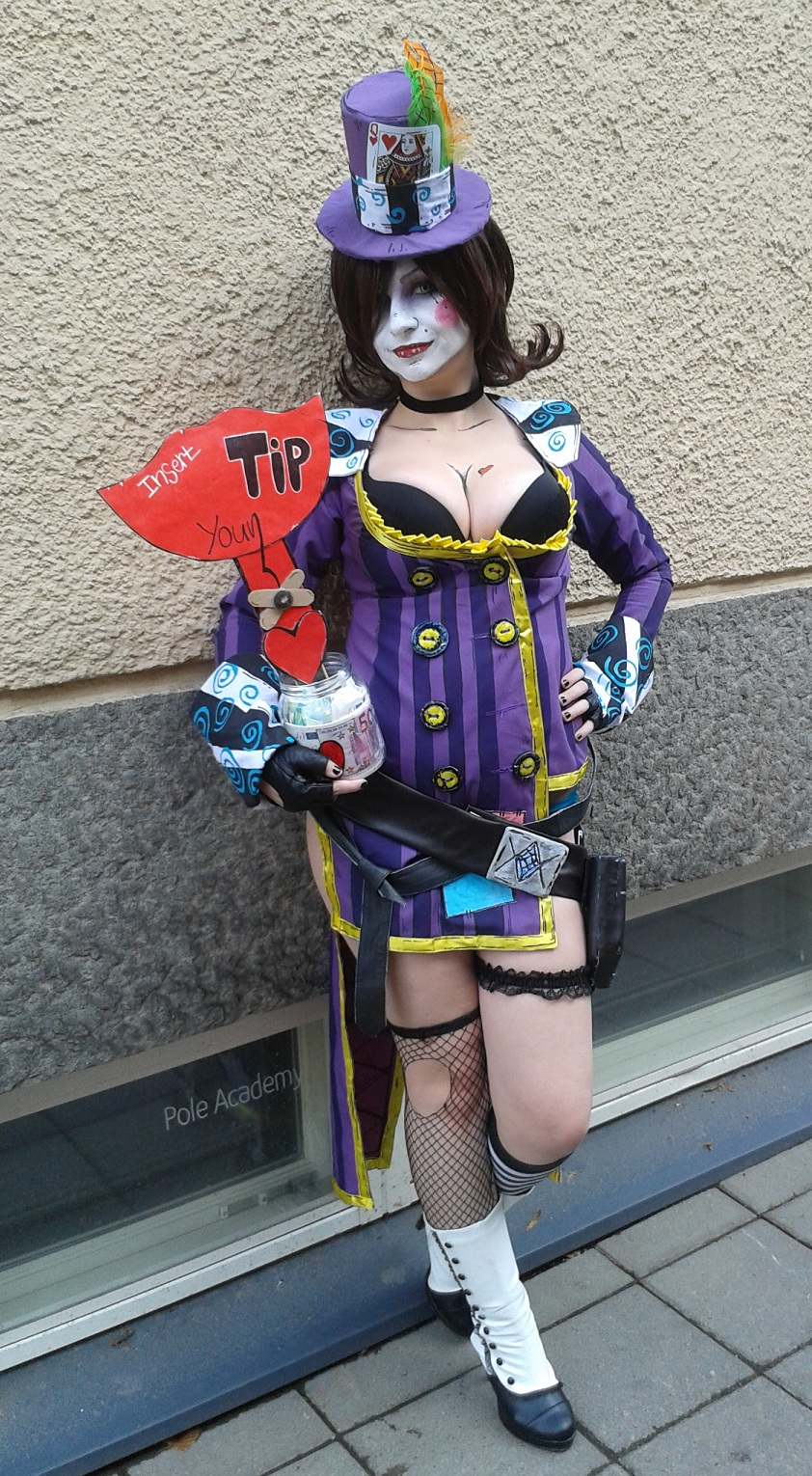 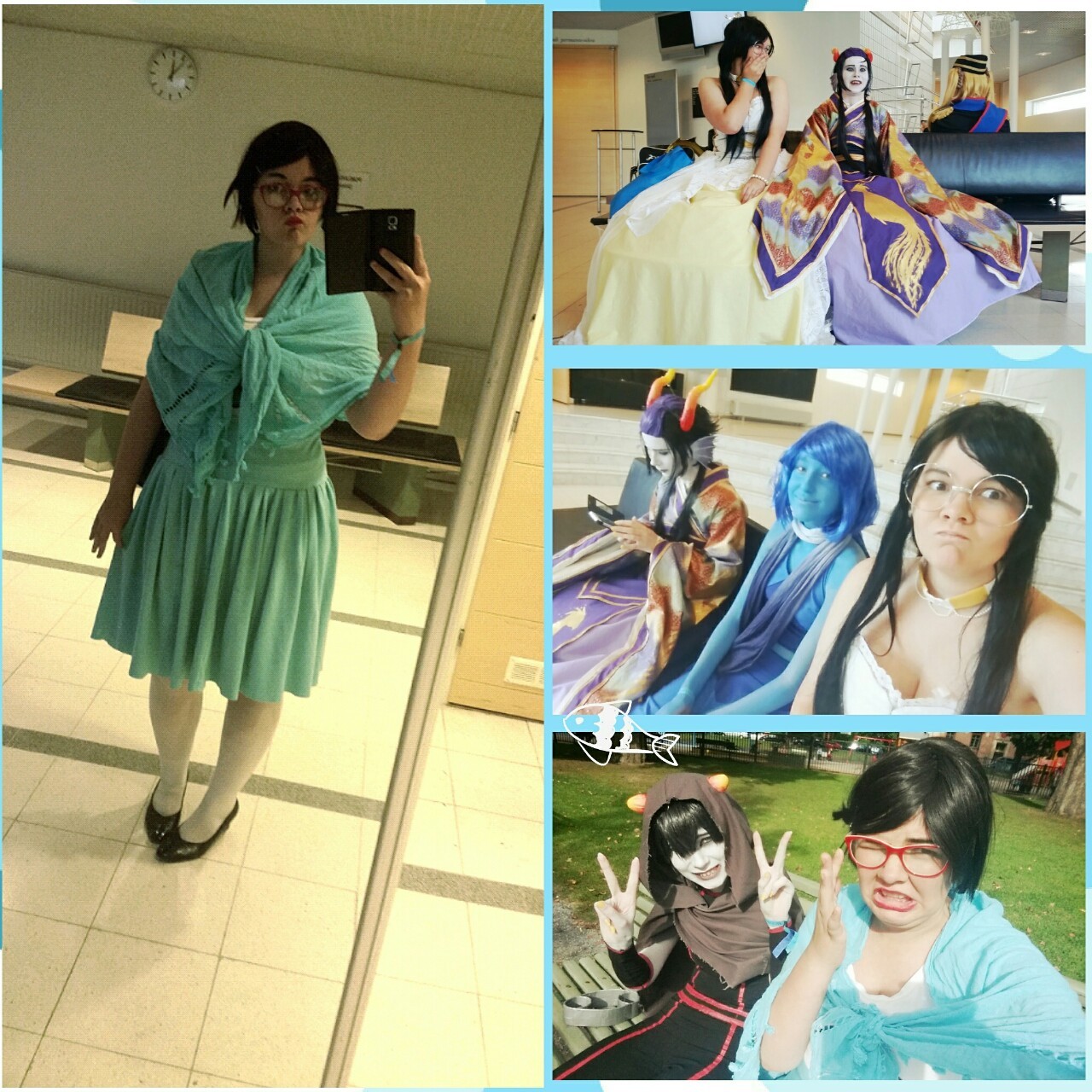 And my legs are dead. I had lots of fun though =) 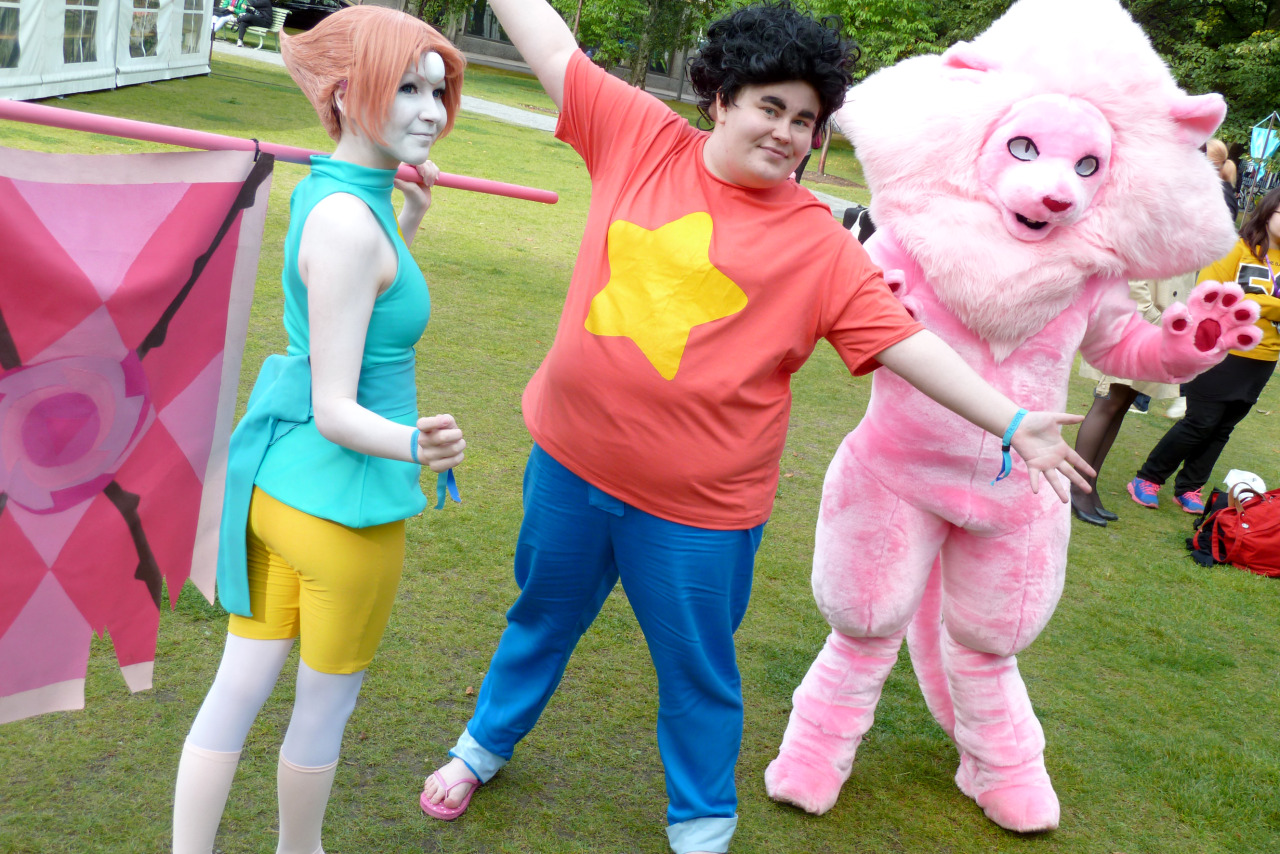 I was meant to come today to tracon as well but something happened here so I don’t have a ride there so I can’t go.